Kirsten was an Executive Director at Nesta and led Nesta’s Research, Analysis and Policy team. 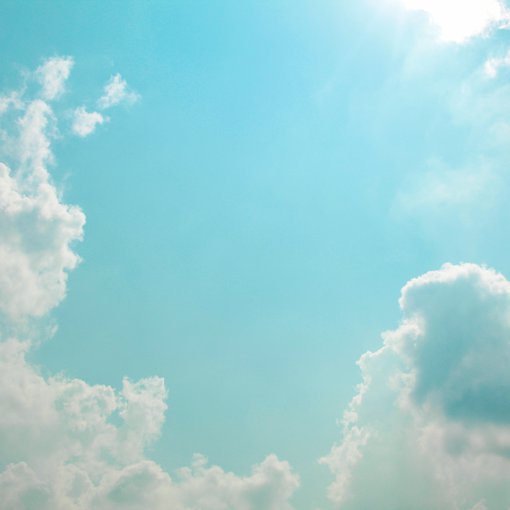 This week the Prime Minister announced four ‘missions’ for UK research and innovation. In a rare speech devoted entirely to science, she set out four specific goals within the grand challenges that were at the heart of last year’s Industrial Strategy:

AI and Data: Use data, artificial intelligence and innovation to transform the prevention, early diagnosis and treatment of chronic diseases by 2030

Ageing Society: Ensure that people can enjoy at least five extra healthy, independent years of life by 2035, while narrowing the gap between the experience of the richest and poorest

Clean Growth: At least halve the energy use of new buildings by 2030

Future of Mobility: Put the UK at the forefront of the design and manufacturing of zero emission vehicles, with all new cars and vans effectively zero emission by 2040

The idea of mission-driven innovation policy is currently enjoying what Geoff Mulgan has described as ‘a welcome revival’, in large part thanks to Mariana Mazzucato and colleagues, who have been raising the idea with policymakers worldwide. While the European Commission has signalled a commitment to launching missions in its next Research and Innovation framework programme, the UK is among the first countries to commit to specific goals.

So what to make of these four initial missions? What possibilities do they offer, and what questions do they raise?

It’s great to see social missions taking centre stage in innovation policy. Now the machinery of government needs to catch up with its ambition.

Innovation missions in the past tended to focus on technological challenges - from measuring longitude at sea to putting a man on the moon. But at least two of these missions are aiming directly to make our lives better: from avoiding disease to living longer, healthier lives.

The second of these even includes a focus on narrowing the gap in healthy life expectancy between rich and poor. Our ongoing study of innovation policies in 10 countries around the world has found it’s pretty rare for governments to direct innovation towards tackling inequalities, so it’s good to see the UK taking a lead here.

While the ‘clean growth’ and ‘mobility’ missions are more focused on pushing technological frontiers, they are still clearly directed towards goals that have social and environmental benefit.

Although, weirdly, not referenced by the PM in her speech, last week also saw the launch of the strategic prospectus of UKRI - the new £6bn (and counting) strategic funding agency for research and innovation. UKRI is also placing significant emphasis on delivering the social and cultural impacts of research and innovation alongside its goals of pushing forward the knowledge frontier and delivering economic growth. Although, as Sheffield professor, James Wilsdon, pointed out in an analysis for WonkHE, ‘there is an assured confidence whenever business and economic impacts are being discussed...On the social and cultural side, UKRI feels less sure of its footing. It lists a number of laudable goals – “supporting society to become enriched, healthier, more resilient and sustainable” – but there’s no clear sense (yet) of how more investment in R&D will help to achieve these.’

Although our systems of supporting research and innovation might be fairly well set up for supporting technological missions, we’re only right at the start of understanding how to set them up for the social ones.

The success of a mission relies on its ability to galvanise an entire system. This means that alongside creating solutions, as much effort needs to be put into ensuring that viable solutions have customers, and routes to market and diffusion. It also means that policymakers might need to put as much effort into supporting innovations in behaviours, services and systems as technologies.

Whose missions are they anyway?

Missions need to not only excite and enthral, but also be ‘owned’ by the public, with a high degree of legitimacy. Much of this legitimacy can come from involving the public in choosing and shaping the mission. Alongside the missions, government launched a website to invite feedback. So far we’ve only spotted a dozen comments on the site, which we hope will improve in coming months. It’s unfortunately not true of public engagement in science and innovation policy that if you build it, they will come...

Government needs to get far more creative about engaging the public in innovation policy, and the missions provide a great focal point for this

In the UKRI strategic prospectus, there was encouraging emphasis on the importance of public engagement. The government could experiment with different types of media partnership to get people involved in selecting future missions (as Nesta did in partnership with the BBC when choosing a focus for the Longitude Prize). But it could also get people involved in the detail of how innovations will be rolled out at a local level. As part of our Everyone Makes Innovation Policy programme, Community Action MK is working with visually impaired people in Milton Keynes to shape the council’s strategy on autonomous vehicles.

The mission to use AI to transform early diagnosis in healthcare represents a range of particularly sticky issues. We’re running a public dialogue on 12 June on AI and early diagnosis to explore the ethics of use of machine learning and big data in decision making by governments and public bodies. There is enormous potential for public benefit, but we need the public to be involved in shaping these opportunities and ensuring that trade-offs, for example between privacy and accuracy, are effectively balanced (something Nesta has explored recently in Confronting Dr Robot).

As to whether these missions could excite and enthral? Let’s hope so! But it’s likely the PM’s target audiences weren’t glued to her speech at Jodrell Bank this week to hear the announcement. We’ve learned from our own experience running challenge prizes all over the world that communicating the mission well - to the right audiences in the right ways - is also essential to success. The government might need to consider upping its game on communications back at ‘mission control’.

How do you monitor a mission?

The Apollo project - to put a man on the moon and get him back safely - is often held up as a model for modern innovation policy missions. But unlike Apollo, the Industrial Strategy missions are not only, or even primarily, technological challenges - healthy ageing, for example, is affected by everything from our social connections to our work and income. So even if we achieve the goal of extending healthy life expectancy (and let’s hope we do), the contribution of innovation - and government research and innovation policy - may not be obvious.

Why does this matter? We’ve long argued that innovation policy needs to be smarter; even many of the traditional ways in which governments intervene to support innovation have been based on poor evidence and our Innovation Growth Lab is dedicated to improving it. Modern missions take innovation policy in new directions, and there are big questions about how best to deliver this type of approach. We need to be able to understand what’s working and what isn’t, otherwise there’s a risk of wasting not only precious resources, but in the case of missions, goodwill and collective enthusiasm.

Alongside better evidence, monitoring grand challenges and missions requires far better data. Measuring and monitoring missions using traditional techniques will limit our potential to understand and drive their impact. We’ll risk focusing on tracking things that are easy to measure, like investment inputs, scientific production and existing industries, and lose sight of the emerging industries, the diffusion and adoption of ideas, the new connections and the social outcomes that are so important. The targets at the heart of missions, like ‘20,000 fewer people dying within 5 years of their diagnosis’ or ‘5 more healthy years’ by 2040, are great as indicators of the scale of activity required but a mission cannot be seen simply as a new kind of government target.

Missions often seek to transform ecosystems of R&D, encouraging new combinations of ideas or application of ideas into new areas. This outcome is hard to measure with official data silos, or maps that don't take into account the connections and gaps between disciplines. Our innovation mapping team is seeking a revolution in innovation policy data - combining new analytics techniques like machine learning and text mining, with new and established data sets and new ways of visualising data to aid better and more timely decision making.

Missions should be audacious, compelling and owned by the public, business and research communities alike. As the PM put it, “If they are to be meaningful, they must be ambitious and stretching. That means that our success in them cannot be guaranteed."

Our success may not be guaranteed, but let’s not win on vision and lose on implementation.

Kirsten was an Executive Director at Nesta and led Nesta’s Research, Analysis and Policy team.