Glen was responsible for the overall day to day operation of the People Team, in addition to setting its strategic direction to enable delivery of Nesta’s organisational strategy.

Helen worked across the fund’s investment themes making investments and managing the portfolio.

If your name is John, you should feel pretty good about your job prospects. Many studies, including this one from Yale University, have demonstrated that identical job applications are treated differently based on whether the applicant has a male or female name.

If your surname is something like Walsh or Baker, odds are stacked even more in your favour. In another study, 5,000 fake resumes were sent out in response to ‘help-wanted’ ads. The study found that the same resume was approximately 50% more likely to receive a call-back for an interview if it had a name like Greg Baker attached to it as compared to a stereotypically African-American sounding name like Jamal Jones.

Turns out we are pretty biased.

These findings are corroborated by a recent University of Linz Study, which found that responses to a fake CV varied significantly based both on the name of the applicant, and the attached photograph (see below). 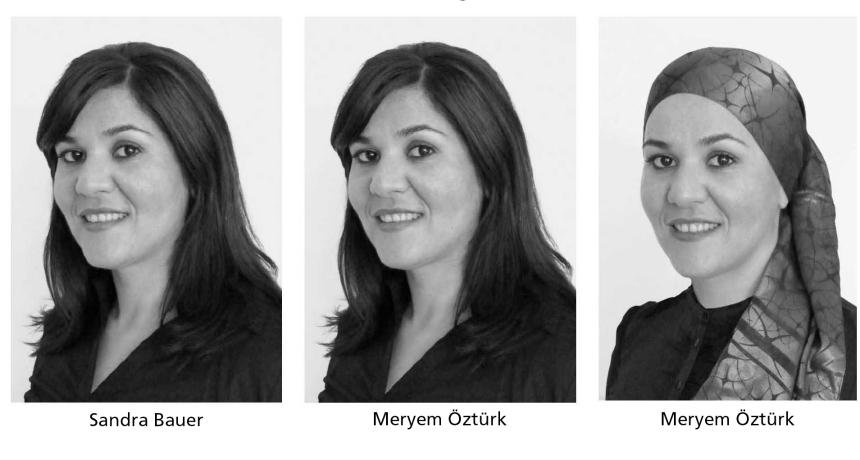 So what can we do about this?

Applied is working to change this story. The first tech spin out of the UK’s Behavioural Insights Team, Applied is a recruitment platform designed by leading behavioural scientists to remove bias and improve predictive validity in hiring.

The platform aims to make hiring smart, fair, and easy, using research and data science to ensure organisations hire the best person for the job, irrespective of their background. The platform enables extensive name/university/socio-demographic blinding, plus a host of other behaviourally-informed changes to the review process to mitigate bias and better identify talent.

Nesta invested in Applied through our Impact Investment fund (bias reduction is becoming increasingly important to hiring organisations and Applied’s product stacks up very well against the competition) and we’re also supporting their scaling through the Inclusive Economy Partnership. But we haven’t stopped there. Taking a step further, we’re practising what we preach and have recently started using Applied for our own recruitment processes. The results? We’re not only attracting a better calibre of applicant and final recruit, the whole employment journey, from candidate to final hire, is swift, efficient and unencumbered.

Glen was responsible for the overall day to day operation of the People Team, in addition to setting its strategic direction to enable delivery of Nesta’s organisational strategy.

Helen worked across the fund’s investment themes making investments and managing the portfolio.