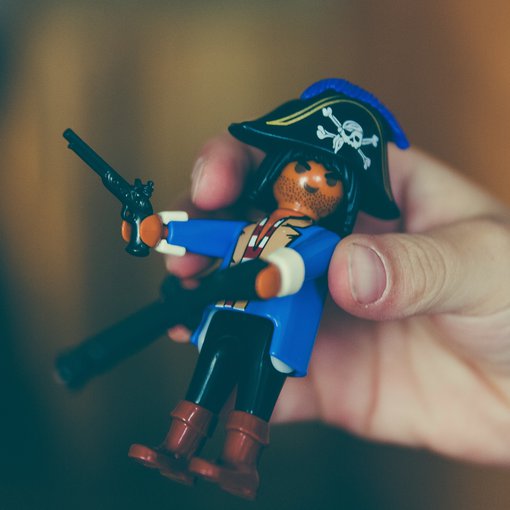 Captain Jack Sparrow, Long John Silver, Bluebeard - the image of swashbuckling, anarchic pirates roaming the high seas, raiding treasure chests and drinking rum runs through popular culture. But what many people don’t know is that the pirates of the Golden Age of Piracy were some of the most radical political and economic actors of the 17th and 18th Centuries.

Although the image of pirate captains as businessmen might be a little challenging it’s actually no less exciting. Individual or fleets of pirate ships were often organised into ‘pirate companies’ and each company would be governed by a set of articles called a code. The values contained in these centuries old pirate codes are remarkably similar to that of modern day co-operatives. In a nation where 68% of employees and 75% of part-time employees want more influence at work, it is definitely time to explore how we can be more pirate.

European men (and a few women) took to piracy in the 17th and 18th Centuries as a rebellion against the the state of affairs at home. In what is now the United Kingdom (since 1707), skilled seamen who suffered unemployment at the hands of the shrinking navy, those who felt exploited by the class system at home, and those settlers who felt that the government was neglecting their overseas colonies, took to the seas in search of better prospects.

In the same way, but excluding the violent behaviour of pirates, the co-operative movement started as a rebellion against social inequalities in the United Kingdom. The Fenwick Weaver’s Society (1761) was founded in the wake of the Industrial Revolution and the invention of the cotton mill. The FWS, based in Fenwick, Ayrshire, were looking for a way to secure their future trade and employment, and ensure they received fair wages for their work.

How pirate are co-operatives? 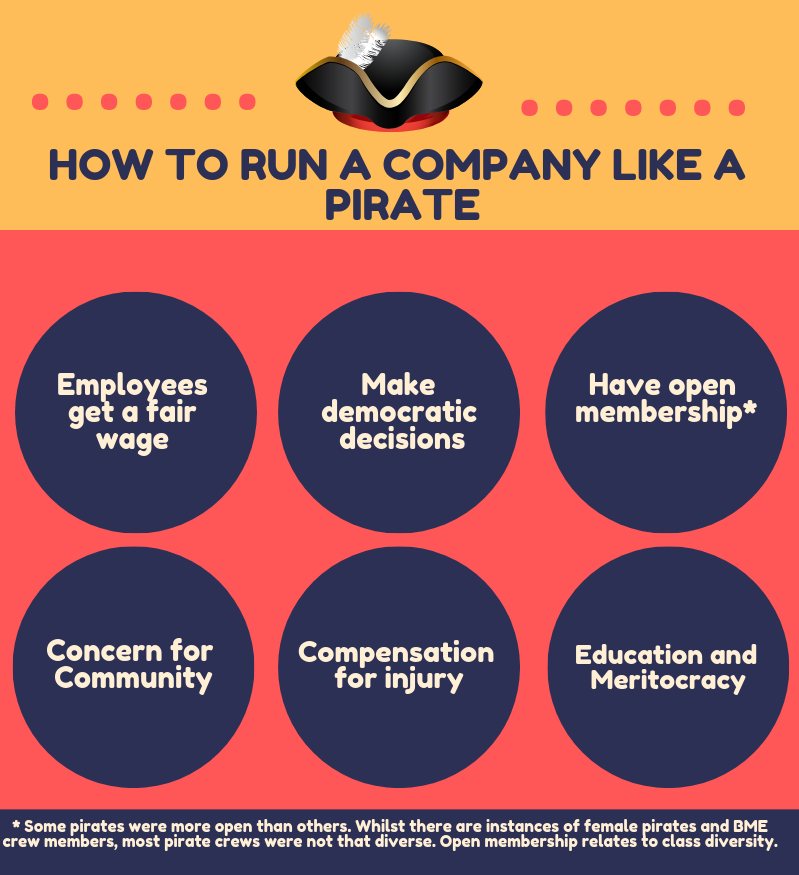 The best way to explore the similarities between pirate companies and co-operatives is by comparing the co-operative values against the pirate codes that have survived, in particular, those of Captains Bartholomew Roberts (1682-1722), George Lowther (?-1723) and Captain John Phillips (?- 1724).

“Every man shall have an equal vote in affairs of moment.”- Article 1 of the code of Bartholomew Roberts

On board a pirate ship each man got a vote, creating a very flat structure with no real hierarchy as the captain’s vote weighed the same as the rest of the crew. Even more important is the fact that a captain could be voted out of his position if his crew found him to be incompetent at his job. In the case of Captain Charles Vane, he was deposed by his own crew members for being a coward after he chose not to attack a French man-of-war - a powerful warship. The remaining men then voted in Captain John Rackam to replace him and they sailed on to the Caribbean.

Another structural feature that both pirates and co-operatives share is a fair and flat wage structure.

“Every Man Shall obey civil Command; the Captain shall have one full Share and a half of all Prizes; the Master, Carpenter, Boatswain and Gunner shall have one Share and quarter.”- Article 1 from the code of John Philips.

From prizes won at sea each man was allowed an equal share. In most codes the Captain’s share does not exceed a 1:2 ratio, in the case of Captain Philips it was as little as 1:1.5. This is in stark contrast to an FTSE company where the mean ratio of pay packages between CEOs and their employees is 1:77.

Both pirate companies and co-operatives set great store by co-operation amongst their communities, a sharing of resources and working for the common good.

“He that shall be found Guilty of taking up any unlawful Weapon on Board the Privateer, or any Prize, by us taken, so as to strike or abuse one another, in any regard, shall suffer what Punishment the Captain and Majority of the Company shall think fit”- Article 2 of the code of George Lowther

Pirates, like co-operatives, believed in collaboration amongst members. Each code that has survived contains an article that prevents the pirates from harming each other. As well as a number of other rules like no man should steal from another and gambling being forbidden onboard the ship. In some codes crew members could even be punished for carrying a naked flame without a lantern. Thus pirate crews were expected to be courteous to one another, increasing how well they would work together. Now that’s something that Pirates of the Caribbean could never have taught us.

Co-operative Value 4: Concern for the Community

“He shall have an equal title to the fresh provisions or strong liquors at any time seized, and shall use them at pleasure unless a scarcity may make it necessary for the common good that a retrenchment may be voted.”-Article 1 of the code of Bartholomew Roberts

The idea of working for the common good of a community was likewise shared by pirate crews. Any man caught betraying or deserting the crew in a time of engagement was given the harshest possible punishment - being marooned or put to death.

Is it any wonder that social entrepreneurs like Sam Conniff Allende urge people to ‘be more pirate’. We cannot excuse the ugly side of piracy that included theft and murder. However, the wider implications of piracy was a group of men (and sometimes women in the case of Mary Read and Anne Bonny) challenging ‘the establishment’ for a more equal society, fairer wages, and expressing their political discontent. Modern day co-operatives are just as rebellious, in that they challenge the ‘normal’ way of conducting business and seek to offer a more socially focused alternative.

Their value set is: 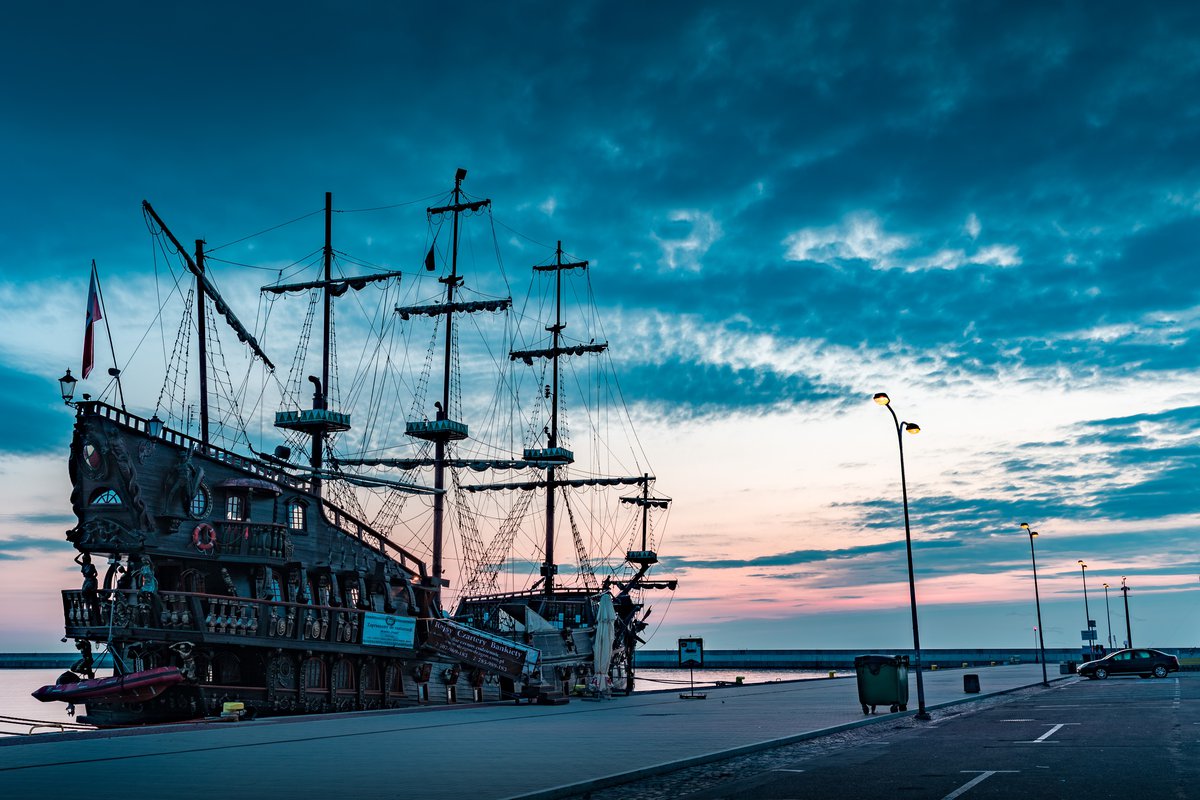 Let's bring some pirate values into the modern economy

What can being more pirate do for us?

According to the latest review of the coop economy by CoopsUK, there are now 7,226 independent co-operatives operating across the UK, with a combined turnover of £36.1 billion, employing almost 235,000 people, with ownership spread across 13.1 million active members – the equivalent to a fifth of the UK’s population. Social Enterprise UK also report that Britain’s top five co-operatives pay more UK tax than Amazon, Facebook, Apple, eBay and Starbucks combined.

We need more pirates in our economy for three reasons. Firstly, we need to address the inequality that has been built into the UK’s economy. The UK’s patterns of inequality aren’t just divided by economic factors like income but by gender, age, race and geography. But inequality is not the price we should pay for economic growth. The Young Foundation’s case study on the co-operative ecosystem Mondragon indicates that where Mondragon’s co-operatives are centred in the Basque Region inequality and unemployment have been lower than the levels in the rest of the region.

Secondly, our future workforce wants a better balance of power in the workplace. An IPPR data poll showed that 70% of 18-24 year olds believe that employers have too much power over employees and a majority of the people that were polled believe that the economy doesn’t work well for the poorer people in society. So it’s time to create a pirate code for the economy where there’s a more democratic approach to business.

As we enter the Fourth Industrial Revolution amid a backdrop of political turmoil and social inequality it’s time to recognise the value of the pirates in our midst and encourage more to join the movement.

If you’re interested in how to be a pirate in a platform economy then join us on 19th February for the launch of a new paper ‘Platform Coops - solving the capital conundrum’.