An essay by Dionysis Zindros

How the chances are distributed are defined by a so-called ‘consensus mechanism’. In Bitcoin’s case, the consensus mechanism is ‘proof-of-work’ and the probability of being chosen as leader is proportional to one’s computational power, namely how many and how powerful are the computers one has allocated towards money creation. Another technique, ‘proof-of-stake’, algorithmically elects a leader with probability proportional to how much money one already owns in the system; i.e. how much of the system’s particular cryptocurrency they have. Leaders are responsible for enforcing the system rules. Both proof-of-work and proof-of-stake are open and decentralised, because anyone can join by entering the race using their computational power or their stake in the system, and there is no central party to prevent them from doing so. Democracy, right?

Not so fast. Did we forget what democracy entails? What about the principles of universal suffrage? One person, one vote? Let’s consider whether proof-of-work and proof-of-stake live up to this ideal in terms of maintaining the system’s consensus rules. In the case of proof-of-stake, one coin, one vote takes the place of one person, one vote. This is far removed from universal suffrage and widens the gap between rich and poor.

What about proof-of-work? It may seem that it is a fairer to allocate votes based on computational power than on how rich someone is. Here, one computer, one vote takes the role of one person, one vote. Not every person owns a computer; and some people own multiple or substantially more powerful computers than others. By purchasing more computational power, one can increase their available votes in the system. In fact, proof-of-work is even less egalitarian than proof-of-stake: $10,000 can buy a supercomputer which much surpasses the combined power of 10 lower-end computers bought at $1,000 each. In short, each rich person’s dollar goes further than each poor person’s dollar. 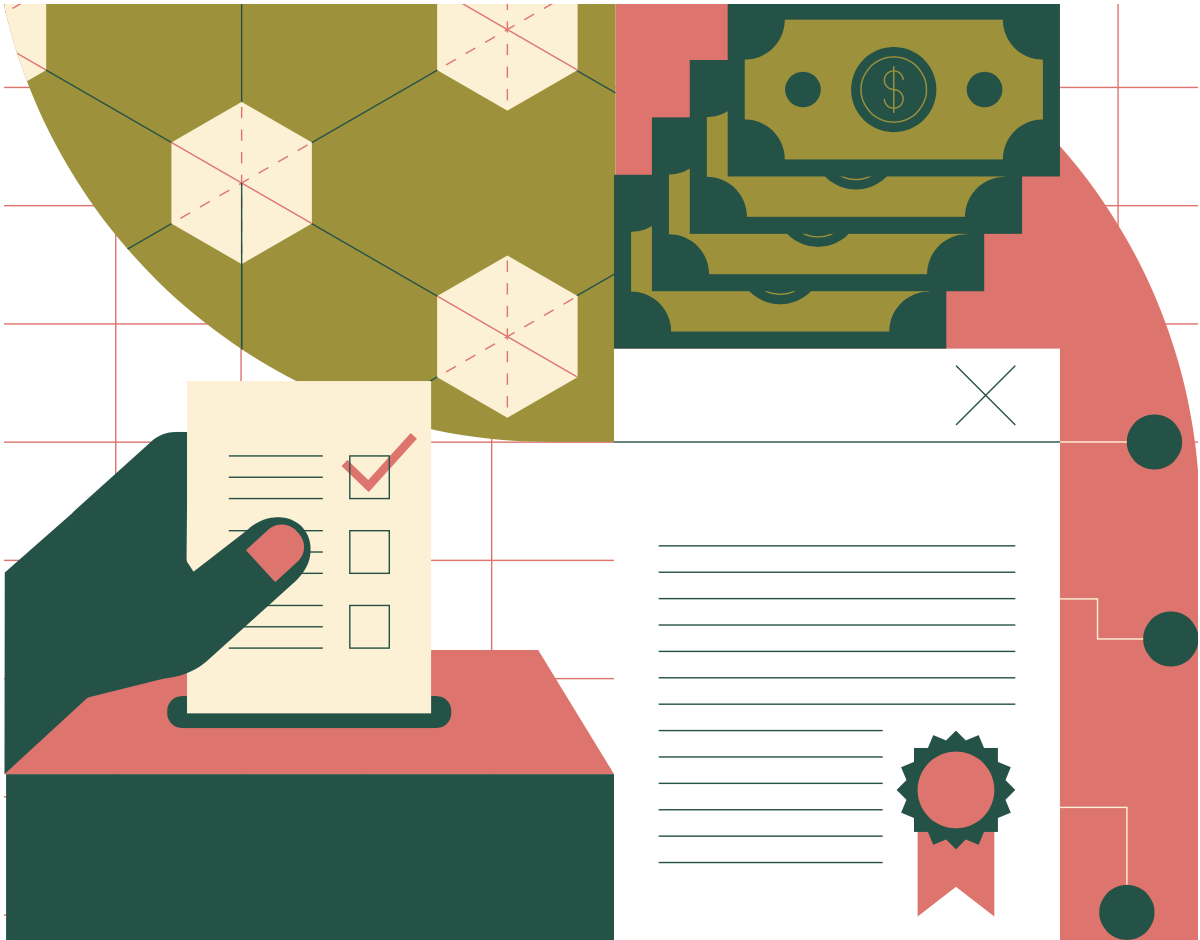 One could hope to overcome these limitations of consensus protocols by attempting to prove the humanity of each participant. Once this humanity is established, it can be associated with a cryptographic key. One key among these could then be selected at random and elected leader. Using this process, the leader can be recycled every so often. As long as we can ensure each human receives only one such verification, one human, one vote should be possible. However, the problem of establishing who is human is extremely difficult to tackle in a decentralised manner. Who will verify these humans? If it comes down to the decision of yet another committee or centralised party, even if this process is publicly auditable, the voting is again controlled by one entity or group of entities. Should these entities turn malicious, they can subvert the voting process, whether it is detected or not.

What if we could use some of our existing mechanisms to establish identity? We could allow a government-issued passport to be used to verify someone’s humanity. Modern passports could actually be used for this purpose, as they contain a chip which can be leveraged to provide a cryptographic signature, and the authenticity of a passport is ensured by the issuing country. It’s easy to validate these signatures within a blockchain system. Nevertheless, this introduces the same problems as a trusted third party: A country that wishes to subvert the democratic process – for example, under the subpoena of a court of law in a totalitarian regime – could secretly issue as many passports as it likes, allowing itself to create ghost voters. The ability of an adversary to create an unbounded number of identities to subvert the decision-making of a system in this manner even has a name: a Sybil attack, also known as ‘sockpuppetry’. As existing governments are central parties, we could not hope to rely on them for the transition into a blockchain-based decentralised democracy.