How DAOs Can Revive Local Communities

An essay by Rhian Lewis 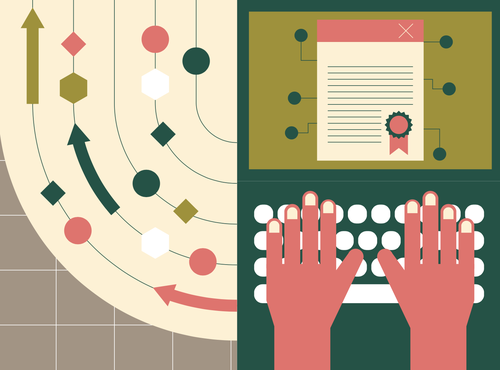 Voting and decision-making are other areas where DAOs can improve processes. Instead of annual meetings where, despite the best efforts of participants, proceedings tend to be dominated by those who are used to having their voices heard and who understand legal and accounting matters, every participant in a DAO has an equal voice. In other words, DAOs can depersonalise decision-making so that when tough calls have to be made (such as telling a departing member that there is not enough equity to release their stake immediately), members can place their vote in private and without being influenced by more vocal elements.

Governance can be fine-tuned by voting incrementally rather than in a ‘big bang’ once a year, and this process of ongoing participation helps keep members engaged. While there is an obvious need for improved user experience in the current world of decentralised applications and DAOs, most within the ecosystem predict that soon, easy-to-use website and mobile app interfaces will make the whole process of participation and decision-making easier.

A DAO can be a living entity in which participants are able to sell their stake at any time without the legal overheads of having to get a solicitor involved for every change, and where the ownership parameters could flex according to individual requirements.

The current community shares legislation allows people to either volunteer their time or be paid by the enterprise: in other words, a binary choice. However, one of the most interesting advantages of replacing a CBE with a DAO is the idea of tokenisation, where volunteers could build up a stake in the enterprise by contributing their time. This is an ideal way to keep capital within the organisation and allow anyone wishing to exit to be refunded easily. To record employee stakeholdings and allocate shares in exchange for labour on an ongoing basis would be costly and onerous under the current structures, but a smart contract based on something like the Employee Stock Options Plan idea proposed by investment specialists Neufund would allow, for example, the person working behind the bar in a community pub to convert each hour worked into equity, in a seamless and almost free process.

Projects such as Aragon have been set up specifically to allow communities to govern themselves in a decentralised manner, but the precise technologies that could be used matter less than the principles. Community pubs are a simplified example, but by examining how DAOs might improve their operations and encourage more people to participate, we gain a clue about how whole networks of interlocking community-focused organisations might spring up, putting modern tools into the hands of individuals so that they can self-organise in a transparent, low-effort, low-cost environment and decide for themselves how to shape their neighbourhoods and their futures.

Previous section: Part three Next section: About the author