An essay by Kevin Werbach

Adopting any new platform at scale, along with the necessary software integration and process changes, takes time – especially when the technology is so immature. But today’s incremental deployments will serve as proofs-of-concept for the more radical innovations to come. Chinese blockchain networks are already managing tens of billions of dollars of trade–finance transactions. Pharmaceutical companies are tracking drugs from manufacturing to pharmacies using the MediLedger platform. Boeing is selling a billion dollars of airline parts on Honeywell’s blockchain-based marketplace. Car insurance companies are processing accident claims in a unified environment for the first time. These and other enterprise consortia are doing the essential technical and operational groundwork to handle valuable transactions at scale.

The need for transformative approaches to data will become acute in the next five years. Every week, it seems, another outrage comes to light. For instance, users who posted photos under Creative Commons licenses or default-public settings were shocked they were sucked into databases used to train facial-recognition systems. Some were even used in China’s horrific campaign against Uighur Muslims. Clearview AI, an unknown startup, scraped three billion social media images for a face identification tool it provided, with no oversight, to law enforcement, corporations and wealthy individuals. The examples will only get worse as firms and nations learn new ways to exploit data. The core problem is there is no way to share information while retaining control over how it gets used. 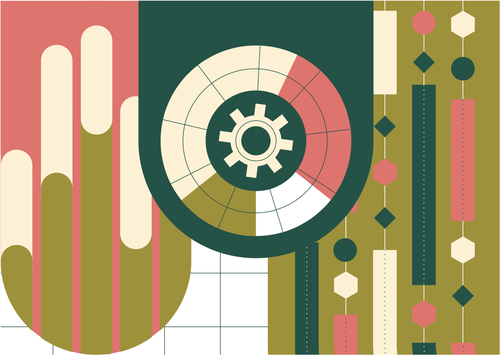 Blockchain offers a solution. It will be widely adopted because, behind the scenes, the current data economy is reaching its breaking point. Outrage over abuses is building throughout the world. The immensely valuable online advertising economy attracts so much fraud that the accuracy of its numbers is coming into question. Communities are looking for new ways to collaborate. Governments are realising the current system is an impediment to effective service delivery.

The technologist Bill Joy famously stated that no matter how many geniuses a company employs, most smart people work somewhere else. The same is true of data. Even giants such as Google, Facebook and Chinese government agencies need to obtain information from elsewhere in their quest for perfect real-time models of every individual. These arrangements work mostly through contracts and interfaces that ease the flow of data between organisations. As Facebook discovered when Cambridge Analytica extracted massive quantities of user data for voter targeting, these connection points are also vulnerabilities. As tighter limits are placed on data-sharing, even the big players will look for ways to rebuild trust.

The blockchain alternative will begin innocuously. Government authorities at the subnational level are deploying self-sovereign identity to pull together information securely across disparate data stores. This technology allows anyone to share private information in a fine-grained way while still retaining control. You shouldn’t have to reveal your address to confirm your age, or your full tax return to verify your stated income. The necessary cryptography doesn’t require a blockchain, but the desired trust relationships do.