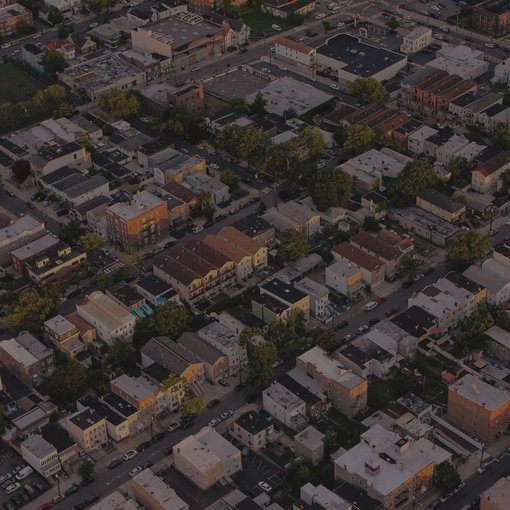 Greater adoption of local small-scale renewable energy generation (‘microgeneration’) — such as using solar panels or wind turbines — may be instrumental in achieving the UK’s net zero target. But, this move away from our current centralised national grid to a more decentralised energy system presents new technological, regulatory and market-related challenges. Over the last few months we have been exploring the potential of distributed ledger technologies (DLTs), such as blockchain, in facilitating the management of these new systems. This blog summarises what we have learned from this research.

When households, small businesses or communities generate their own energy, they become both users and producers of energy simultaneously; or ‘prosumers’. This paves the way for a more decentralised energy market where these prosumers could trade energy directly with each other (or ‘peer-to-peer’) rather than purchasing it from a single energy provider. For example, a household could ensure they have a reliable energy supply by selling excess energy from their rooftop solar panels to their neighbour on sunny days and buying energy from their neighbour’s hydro-turbine on rainy overcast days.

A more decentralised energy system like this has many potential benefits, including fewer grid losses, increased network resilience and potential cost savings for end users. But, as decentralised energy networks become larger, managing peer-to-peer (P2P) trades becomes more complex because many independent actors need to communicate and exchange data, whilst keeping supply and demand balanced at all times.

Distributed ledgers are databases in which information is stored across multiple sites and which are not controlled by a centralised authority. Blockchains are one — and the most well known — type of decentralised ledger. In the past months, we identified over 35 ventures that aim to facilitate P2P energy exchange, for example through the creation of P2P marketplaces or the use of AI to balance supply and demand. Many of these ventures use DLTs, suggesting this is an area of growing interest. Alongside speaking to several of these ventures, we interviewed government representatives and academics who are advancing this emergent space.

What have we learnt?

Decentralised ledgers could be a good match with the needs of a P2P energy market because they remove the need for a third party, cutting out the costs normally paid to energy suppliers and making micropayments (small money transactions — in some cases, only a fraction of a penny) between prosumers feasible. Because DLTs work in a decentralised way, they store transaction records in multiple locations rather than in a single place. This makes them more transparent and robust to single-point failures. If there is an error in one point of the network, the transaction records in other parts in the network can be used as a reference point to correct the error.

But, whilst DLTs clearly offer promising features for P2P exchange, the latest evidence raises questions about whether the benefits of DLTs in this space outweigh the new challenges they create. Using DLTs to manage decentralised energy systems can increase transparency and trustworthiness, but it can have high development costs and it can also be time-consuming and energy intensive, for example, to create and store many data copies in multiple points in the network. Whether the benefits of DLTs outweigh the costs is likely to depend on the specific use case. For example, DLTs could have great potential in ‘off-grid’ peer-to-peer networks that are not connected to the main grid, which are often found in remote areas in developing countries (e.g. startup SOLshare in Bangladesh). When peer-to-peer energy exchange takes place over the existing grid (as it typically does), DLTs need to be able to integrate with the main, centralised grid. This raises coordination challenges to keep the whole system in balance and will require collaboration with existing utility companies and regulators.

Energy systems in developed economies like the UK traditionally are highly centralised and controlled by only a few large organisations. Moving to more decentralised energy systems would disrupt the sector and the activities of established energy players. As is often the case, startups and social enterprises are playing a key role in disrupting the existing market structures and they are pioneering the peer-to-peer energy space. A growing number of projects have developed local marketplaces that enable P2P energy trading (with and without DLTs). For example, Energy Local, a not-for-profit community interest company in the UK, enables households with small-scale renewable generators and smart meters to form a club (legally a coop) and exchange local, clean energy for an agreed price. Powerpeers, a Dutch startup, has also developed a community marketplace that allows users to select local energy suppliers and sell, buy or even share excess energy. Startup Prosume carried out multiple proof-of-concept projects, one of which even involved 2,000 families with solar panels. Some startups, such as Suncontract and WePower, are also using DLTs and cryptocurrencies to raise funds to develop P2P trading platforms or to finance clean energy projects in general.

System change is needed to move beyond pilot projects

Despite promising pilots (with demonstrated cost savings for end users), many startups struggled to define a use case that offered value to existing energy stakeholders and decided to pivot. For example Piclo, which developed the UK’s first online peer-to-peer renewable energy trading service, stopped this area of work, citing regulatory and logistical barriers. Similarly, the Spanish startup Pylon Network ran a successful peer-to-peer energy exchange pilot, but concluded that there was no validated market need to pursue this area at the time. Finally, Verv, the startup that facilitated the UK’s first blockchain-enabled, peer-to-peer trade of electricity in collaboration with social enterprise Repowering, has currently paused its peer-to-peer energy projects, because the market was not deemed ready.

Part of the challenge is that a truly decentralised, peer-to-peer trading network involves a radical overhaul of the existing centralised grid, which according to some is unlikely to materialise in the next decade. Many peer-to-peer pilot projects are reliant on the existing grid to exchange energy and need to partner with incumbent energy players to ensure grid stability. However, developing partnerships with incumbent players has proven difficult, likely due to a fear on their part that there is a risk disrupting their existing activities.

At the same time, there are regulatory restrictions that hinder progress. Currently there is no regulatory framework in the UK that enables households to buy and sell energy from each other (though there are proposals to change this) — and innovative solutions must fit with the existing highly regulated energy infrastructure. There are also many unanswered legal issues that need to be addressed, for example, around the recognition of prosumers, the protection of personal data and the validity of smart contracts in peer-to-peer networks.

Finally, for decentralised peer-to-peer energy trading to become scalable, a sufficient number of end users need to be willing to participate. This will require a deeper understanding of the consumer demand for peer-to-peer energy markets and of consumers’ decision-making strategies and preferences for energy trading. An online survey experiment carried out in the UK showed that around two-thirds of the participants would be willing to participate in P2P trading as a consumer if it were available to them, which shows substantial interest. The willingness to participate was highest if the trading scheme would be run by the local council, indicating that there may be an important role for local government to facilitate the uptake of energy trading.

In the short term, startups in the peer-to-peer energy space will need to work closely with regulators to ensure their solution fits with existing regulatory infrastructures. For example, Urbanchain worked closely with Ofgem to develop eChain, a blockchain-based marketplace for peer-to-peer exchange. There also are other, less radical DLT value propositions in the energy sector that could offer more near-term market opportunities for startups, including creating marketplaces for charging electric vehicles or working with existing energy players to improve grid transactions, data availability or switching processes.

In the medium to long term, startups, academics, funders, incumbent energy players and regulators will need to work together to shape the market for peer-to-peer energy exchange. Initiatives such as the Global Observatory on Peer-to-Peer Energy Trading, led by UCL, will play a key role in bringing together these stakeholders to identify the necessary conditions to support peer-to-peer energy exchange.

Advancing peer-to-peer energy exchange could also trigger innovation in other areas. For example, one of the barriers to implementing greener home heating systems is the relative cost of electricity compared to gas. Peer-to-peer energy exchange systems could lower the cost of electricity, thereby enabling the uptake of low-carbon heating systems. In its ambition to support a sustainable economic recovery, Nesta will be exploring innovative ways to increase the adoption of low-carbon, energy-efficient heating systems in order to reduce household emissions. Find out more about Nesta’s work in this and other areas.

As part of Nesta’s future strategy, we will use our innovation capabilities to help reduce domestic emissions
Blog
01 December 2020