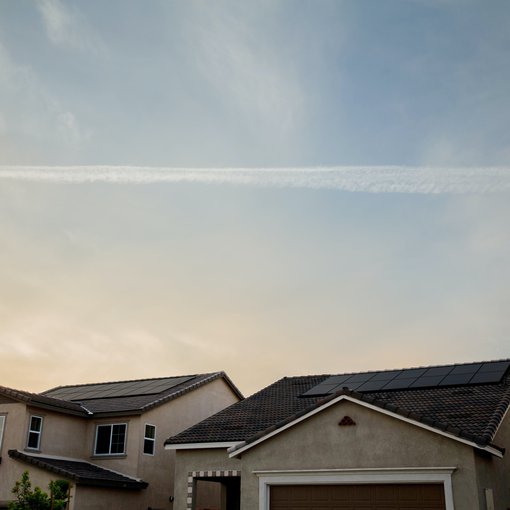 The UK’s ‘net zero’ target is an ambitious goal that will require the UK to innovate in multiple ways, including much greater adoption of microgeneration – the production of renewable electricity or heat on a small scale, e.g., by individuals, small businesses or communities. Microgeneration technologies include solar panels, small-scale wind turbines and combined heat & power installations (micro-CHP - mini power plants designed to efficiently meet the heating and energy needs of individual buildings by generating both heat and electricity from the same source at the same time ).

Microgeneration from renewable sources has several potential benefits, which are widely recognised: greater use of renewables means lower carbon emissions; producing power near to where it is consumed means fewer grid losses (and for micro-CHP, it means making use of heat which would otherwise be wasted); it could also mean greater resilience, providing fewer single points of failure (like this generator which was struck by lightning last year, causing power outages to over a million homes). And the use of local ‘microgrids’ could also bring social benefits such as greater social cohesion, a sense of pride in the community and alleviation of fuel poverty.

However, although the number of potential suppliers has increased as more microgeneration capacity has been installed, there is still not really a free market in electricity. If one’s neighbours produce an excess from their solar panels, it is not straightforward to buy this from them. Nor could one choose to support the local school by buying energy directly from their CHP plant, say. Certainly, markets have become much more liberalised in recent decades, but individual buyers and sellers cannot trade electricity as directly and as freely as they might trade digital goods and services. This, particularly in light of the ending of the subsidies provided by the Feed in Tariff scheme last year, means that microgeneration is less viable for many communities.

To put it another way: although generating capacity is becoming more distributed, the rest of the electricity system – including its markets and governance – is not yet evolving in the same direction.

A more decentralised electricity network might, in some ways, mirror a decentralised internet, or perhaps a local farmer’s market where excess produce is bought and sold.

In a more decentralised energy system, there would likely remain a few major suppliers and a large number of pure consumers, but many people would be both producers and consumers (‘prosumers’). There would be lots of peer-to-peer interaction: local networks might come to dominate in some areas, and buyers or sellers would be free to agree their own prices, or else to use established marketplaces.

To cope with the greater potential variability which can arise from more renewable microgeneration, such a system would also make use of distributed storage capacity, such as that available in electric vehicles. (Electric car owners could, for instance, be rewarded for allowing their vehicles to provide additional energy back into the grid at times of peak demand, such as the early evening, or when there are short-term gaps in renewable energy production.)

Of course, all this would still be mediated by physical infrastructure, regulation and common standards to ensure interoperability (as with the internet). Some of that infrastructure might remain private (just as BT still owns much of the UK’s physical telephone cabling), but there would also be more decentralised ownership of assets, with more communities owning generation capacity or opting to own their local distribution network.

Can this be done?

Decentralisation does, however, raise various issues, including: how to manage a large number of independent actors (with greater variability of generation and potentially also of physical location); how to enable effective governance of collectively-owned assets; how to ensure supply and demand are balanced at all times; how to record energy production and consumption at different points in the microgrid; and how to allow micropayments for small amounts of microgeneration in near real-time.

Whilst no doubt complex, many of these are familiar issues to people working with other peer-to-peer systems, and many startups are now trying to apply decentralised or peer-to-peer models to the energy market.

For example, just as Ebay facilitates peer-to-peer trading of goods and services, projects like Prosume, Elecbay, Suncontract and Solarbankers are trying to facilitate direct peer-to-peer energy trading. And just as Uber and Airbnb allow people to make better use of under-utilised assets, various startups are allowing people to share their surplus generation (or, potentially, to make use of flexibility in their own energy demand).

Many of these startups are also using ‘distributed ledger technologies’ or blockchains. The potential advantages of such systems is that they offer transparency about where energy is coming from, allow trustworthy auditing and trading, and also facilitate true micropayments (which might otherwise be impossible due to transaction costs).

Moreover, as our recent work on distributed systems has demonstrated, the tokenisation of assets using blockchain technology can serve several useful functions for decentralised networks, ranging from raising initial funds to simplifying governance and automating payments.

In the UK, there are a few microgrid projects which have piloted tokenised systems for peer-to-peer energy exchange. For example, with funding from UKRI, UK startup Power Transition (in collaboration with partners including Cardiff University) tested a new blockchain-powered trading platform that would allow newly-built smart homes – with their own roof-top energy generation system and battery storage – to exchange energy with each other and the national grid in Corby.

Another startup, Verv ran a similar pilot in a social housing community in Hackney, as part of the Ofgem regulatory sandbox. They, too, developed a blockchain-based, peer-to-peer energy trading platform that allows homes with solar panels to sell excess energy to their neighbours. Verv worked with Repowering, a social enterprise aiming to facilitate community-owned energy, to install solar panels on 14 blocks of flats. In addition, Verv installed smart hubs in 40 participating flats. In 2018, this resulted in the UK’s first blockchain-enabled, peer-to-peer trade of electricity between two flat blocks. Based on the pilot, they estimated that energy bills and carbon emissions could be reduced by 20 per cent.

But can peer-to-peer energy exchange using token systems ever move beyond such pilots to become commercially viable and scalable?

There is still much scepticism within the industry: one recent review concluded that “there is still no clear evidence that blockchain-based decentralized platforms are preferable to centralised solutions”. Others have pointed to a number of regulatory hurdles that make it difficult for such systems to operate in conjunction with the existing energy infrastructures.

Nevertheless, a growing number of entrepreneurs believe that more decentralised production will inevitably lead to more decentralized governance and trading. For that reason, we are starting a small new project to explore how decentralised token systems can support the establishment and operation of microgeneration projects. We will examine past and ongoing projects as case studies and speak to various stakeholders to understand the promise of token systems for peer-to-peer energy exchange.

Local energy in an age of austerity: preserving the value of local and community energy

Local energy creates economic, social and environmental benefits, but how can councils drive the green agenda in the face of austerity and current policy?
Report
04 December 2015 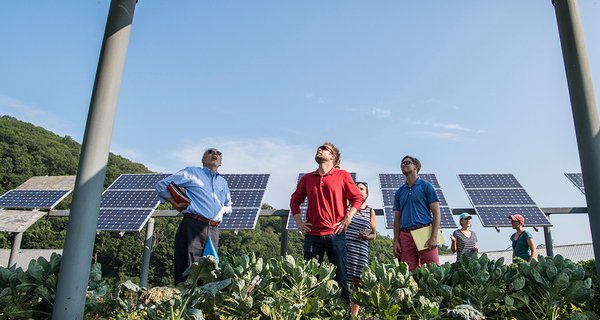