2 May 2018: Apps which use Artificial Intelligence for diagnosis and triage could be commonplace in GP surgeries and A&E within five years, if artificial technology fulfils technologists’ predictions, according to a new report released today by Nesta.

However, Nesta’s Confronting Dr Robot report warns that, whilst effective AI advice and triage could be very appealing to both a health service that is under severe pressure, and to patients that are already routinely googling their symptoms, there are big risks in putting machines between patients and doctors.

As AI looks set to become the front door to the NHS, it has to be developed in a way that will help and not hinder healthcare. Nesta urges NHS, government and doctors to ‘act before it’s too late’ by involving patients and practitioners in the design of this rapidly-emerging field of automation and artificial intelligence (AI) in healthcare.

The report follows last week’s appointment by Jeremy Hunt, Secretary of State for Health and Social Care, of Dr Eric Topol - an expert in cardiology, genetics and digital medicine - to look into how tens of thousands of NHS staff could be trained to use artificial intelligence and robotics. *

Confronting Dr Robot says that the decisions being made now will determine if AI technology could either:

Pressure is mounting on the NHS to find solutions to capacity problems, particularly in GP and A&E services. Around one in five GP and A&E visits* are for minor ailments or conditions that could be treated at home (sprains, ‘flu and insect bites are some of the largest categories of self treatable conditions that come to A+E). If AI is to alleviate pressures through a triage role - and if patients are to be confident in accessing it - the technology and the medical advice needs to be robust.

The report is published as a new national survey by Populus for Nesta shows:

While services struggle with capacity issues, tech giants are seeking to develop potentially huge tech-health markets, and are scrambling to harness big data and AI to develop systems to address the demand.

Report author and head of strategy for Nesta’s Health Lab, John Loder, underlines the need for NHS and government to act now to ensure patients are at the heart of technology firms’ development of services: “Within five years, AI could be the first thing many people using the NHS might encounter - and it has the potential to make things simpler, more accessible more responsive and put patients in control. But, if patients and doctors are not put in the ‘driving seat’ of its development, and soon, the technology risks creating more of a barrier than an open door, offering opaque advice and dehumanising healthcare.”

Geoff Huggins, director for digital health and social care, Scottish Government, adds, "It's clear that there's great potential and opportunity for technology to better assist practitioners and patients alike. But we have to do this in a way that is complementary and not simply introduce technology because it exists and is possible.Striking the balance where technology gives people more power and better results will be the key."

The Nesta report highlights three main areas where AI is likely to be applied by the NHS, and the consequences for patients, depending on how well it is developed and implemented:

Loder concludes, “The danger is that the NHS reaches for what it’s offered by the commercial market to solve some its problems - but that could lead to creating other problems elsewhere if systems are not designed around the needs of patients and front line staff. What Nesta wants to see is a people-powered and data driven health system that makes the most of resources - from patients’ motivation to data, as well as the knowledge and commitment of health professionals ”

The full report is available to download at: www.nesta.org.uk/publications/confronting-dr-robot

Nesta is a global innovation foundation. We back new ideas to tackle the big challenges of our time. We use knowledge, networks, funding and skills - working in partnership with other, including governments, businesses and charities. We are a UK charity but work all over the world, supported by a financial endowment. The kinds of big challenges we tackle include ageing, stretched public services; a fast changing jobs market and people feeling disempowered. We focus on areas where the combination of digital technology, empowered individuals and better use of data and evidence can have the biggest impact. 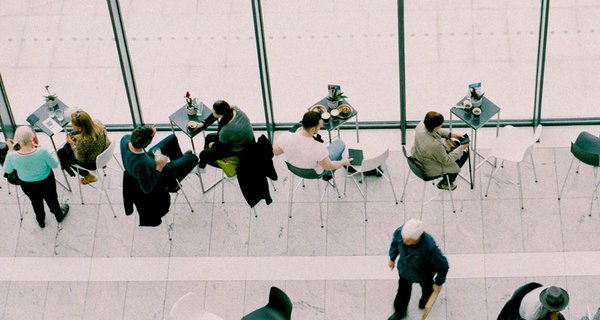