Allie is under five with a stay–at–home dad living in a city centre. 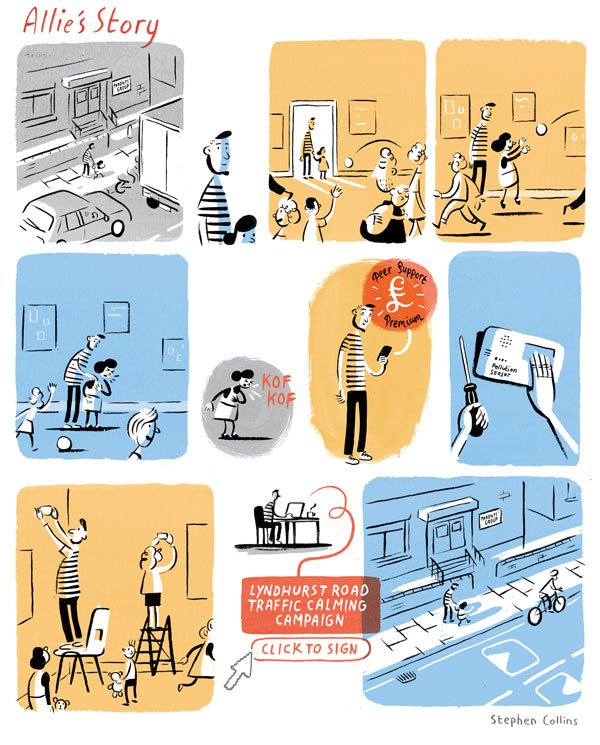 Hearing that Allie’s dad plans to be a stay-at-home father, a link worker suggests trying out a number of local parent groups, including a ‘what works’ club which teaches data capture and coding skills alongside parental coaching. Allie’s father is reluctant at first but appreciates the crȇche’s advanced educational toys and the friendships that develop with local parents.

When a series of group sessions that measure breathing after exercise show Allie has the first indicators of asthma, her father is concerned, but glad they can act soon to slow its progression.

Allie’s father’s detailed feedback on health services they receive earn him an enhanced Peer Support Premium, which is paid by the local services commissioner to the club

It becomes clear that local air pollution has contributed to not just Allie’s asthma, but to many other local children too. The club decide to use the peer support money to fund an analysis of the data from their NHS-supplied air pollution sensors. They use this to launch a successful campaign to pressure the Council to put traffic calming measures into local roads.