As 2019 draws chaotically to a close, we revisit some of our predictions for this year.

Towards the end of each year, Nesta staff predict which societal changes and tech break-throughs will shape the next 12 months. Drawing on our expertise in futurescoping and our knowledge of the trends and technological developments that are set to affect us all, our predictions are more likely to be accurate than staring into a crystal ball - but we still encourage our predictors to take risks.

A number of previous Nesta predictions have been on the money. In 2016, we predicted a trend for hyper-realistic mock meat, and the past two years have seen an explosion in products like the Impossible Burger and real ‘bleeding’ meat substitutes being taken up by mainstream food outlets. In 2017 we predicted that AI would create prize-winning art - and later in 2018 an AI-powered artwork sold at Christie’s for almost half a million dollars.

How did we do this year? 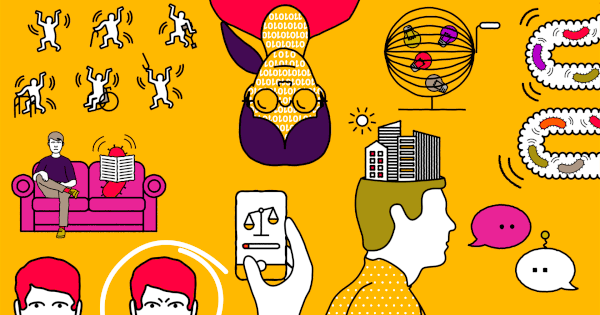 Olivier Usher and Chris Gorst predicted that legal AI would become mainstream, allowing people to dispute an immigration decision or get a divorce from the comfort of their smartphone.

A recent CBRE study revealed that 48 per cent of London law firms are already utilising artificial intelligence and a further 41 per cent have imminent plans to do so. Legaltech as a whole is only emerging, and much of this is still focused within large law firms and on services for corporates.

The Solicitors Regulation Authority's new strategy includes a strand looking at how legal technology can offer affordable and accessible help for the many people who can't currently find what they need. In 2019, legal firm DLA Piper and PILnet held a dedicated access to justice and technology summit bringing together experts from across the world, while the LegalGeek conference had a separate Law for Good conference.

The Ministry of Justice announced a £5m innovation fund focusing on how technology can improve access to justice with a particular focus on early support, and HM Courts and Tribunals Service launched its online divorce application service reducing the number of applications returned due to errors from 40 per cent to one per cent.

There are some positive signs for investment in consumer and SME-facing lawtech. DoNotPay raised $4.6m funding during 2019 and expanded to web and Android, allowing users to appeal parking tickets, cancel subscriptions and sue companies. Digital bank Starling Bank is set to offer ‘affordable legal services’ to its 88,000 business customers through the Sparqa Legal online platform.

The Legal Access Challenge, run by Nesta and the Solicitors Regulation Authority, has seen even greater levels of interest and profile than we predicted - strong interest in lawtech innovation enabled us to double funding for the Challenge. The Challenge received almost 120 applications, surpassing expectations and demonstrating the wealth of ideas to use tech to increase access to justice.

Teo Firpo and Laurie Smith predicted that innovation funding would be increasingly randomised.

The idea has gained traction in the last year, from a proposal for radical reform of higher education funding based on allocation of funds by lottery to other scholars and organisations supporting random allocation of research funds. Further ideas explored include random allocation of funding for ideas assessed as strong enough for inclusion in a lottery and a two-tier process giving meritorious ideas a second chance of attracting funding through a lottery after failing to succeed the first time round.

More funders are experimenting with random selection, including the Swiss National Science Foundation, and we at Nesta are putting our money where our mouth is in 2020 by holding a lottery draw to select experiments that will test this year’s predictions.

2019 may well be the first year when 'microbiome management' becomes the new health craze, as Sinead Mac Manus predicted.

This year we saw more attention focussed on the link between gut health and mental health, and mainstream media picked up on the idea that an algorithm can tell you what to eat.

The (aptly named) Predict1 study, the world’s largest study into our personal responses to different foods, found that everyone has their own unique response to food – even identical twins. The study measured thousands of people’s reactions to different foods in an effort to develop truly individualised, preventive medicine.

2019 saw the introduction of the world's first AI-based food tracking app for the gut microbiome, offering individually tailored food and diet advice. Engineered probiotics are on the way, targeting specific tissues and cells using synthetic biology to create ‘living medicines’, with one company claiming to have produced a hangover cure using a genetically engineered probiotic.

A medical startup and a probiotics company is now hoping to train artificial intelligence to understand more about the bowel and gut health — by encouraging the public to send them anonymous pictures of their poo.

Charlotte Macken predicted that 2019 would see the beginnings of a mobility revolution.

2019 has seen a range of developments in mobility. An e-glove was developed by researchers at Purdue University that could be worn over prosthetic hands to provide human-like softness, warmth and appearance. Scientists at the University of Utah developed a prosthetic arm that restored a sense of touch by interfacing with the user’s sensory and motor nerves. A mind-controlled exoskeleton helped a man with paralysis to walk again, and a research project showed the potential for a wireless wearable brain-machine interface.

Katja Bego predicted that 2019 would be the year that a malicious ‘deepfake’ video sparked a geopolitical incident.

The danger of a deepfake triggering a political incident was highlighted by a recent video purporting to show Jeremy Corbyn and Boris Johnson endorsing each other for Prime Minister. As with Jordan Peele’s 2018 deepfake video of Barack Obama, however, the purpose of the video was to caution viewers of the dangers of deepfakes.

2019 saw a deepfake of sorts being used to commit a crime, when voice-mimicking software was used in a major theft.

While internet giants such as Facebook and Google are investing into countermeasures and detection of deepfakes, the conversation has widened to cover fake news, propaganda and post-truth politics, with doctored videos of political figures rather than deepfakes causing controversy, such as a video of Speaker of the US House of Representatives Nancy Pelosi slowed down to make it appear as if she were slurring her words. Facebook’s Mark Zuckerberg has defended the company’s decision not to take down political advertising that contains false information.

The beginning of the end of exams

In October 2019, Mike Buchanan of the Headmasters' and Headmistresses' Conference (HMC) predicted that exams could be replaced by AI in the future. In the US, at least 21 states have deployed some type of automated scoring - concerns have been raised about flawed algorithms grading essays and whether AI can really teach children to write better.

Geoff Mulgan, Eva Grobbink and Vincent Straub predicted that in 2019 cities around the world become the battleground of a new kind of ‘space race’, as China edges ahead in the use of AI to solve urban challenges.

Our prediction mentioned Alibaba’s City Brain project and its use in monitoring congestion in Hangzhou, Alibaba’s home city. Hangzhou has dropped from the seventh to 57th most congested city in China. Following its success in Hangzhou, City Brain has spread to other urban areas of China, with applications including smart parking, health and education platforms. China is home to at least half of the estimated 1,000 smart city pilot projects being pursued worldwide.

Kuala Lumpur is set to become a smart city next year as Alibaba’s ‘Malaysia City Brain’ pilot project is completed. France is developing a City Brain in partnership with Chinese companies to develop and implement similar solutions to the China City Brain.

An announcement of US funding for a ‘Smart Cities’ initiative made under the Obama Administration in 2015 promised over $160 million in funding over five years. Under its five-year plan to 2020, the Chinese government expects $74 billion in private and public investment in smart city initiatives, and worldwide spending on smart cities is expected to reach $158 billion by 2022.

2019 was the year that the five-day, 40-hour working week would finally come to an end, according to Georgia Ward Dyer.

While a string of small firms have made the switch to a four-day week and a recent survey indicated support for a four-day week among businesses, no large employer in the UK has yet fully adopted a four-day week. The Wellcome Trust dropped a trial planned for their 800 head office staff in April 2019 as it would be ‘too complex’ to implement. Microsoft trialled a four-day week in Japan this August and reported productivity jumping by 40 per cent - though it is unclear whether this would be adopted elsewhere or in the longer term.

In April, the TUC published research suggesting that British workers are putting in the longest hours in the EU, equivalent to an extra two and a half weeks a year - while productivity rates were lower than many European counterparts with shorter average working hours. The TUC is calling for a four-day working week and the Labour Party has announced a manifesto commitment that they would introduce a 32-hour working week with no loss of pay within 10 years.

How did we do?

Overall, we made a fairly successful set of predictions for 2019. Life is impossible to predict though, so we saw some surprises too - with our predictions, as well as a few in the wider world. At the time of writing, we still have a few weeks left in the year - in that time, the Apollo 11 mission could have gone to the moon and back twice.

Let’s see how we fare in 2020. Our predictions for the coming year are out on 12 December.

Read our predictions for the year ahead 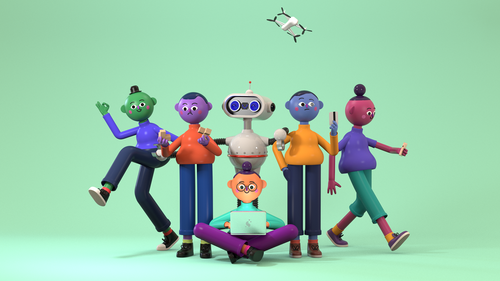 Our annual list of the trends, social movements and technological breakthroughs set to impact our lives over the next twelve months

At a time when many see the future as a threat more than a promise, we hope our 2020 predictions will inspire you to look at things in a fresh way.