In the first half of 2020, as corona virus slowed industrial activity, emissions decreased across the world. To many, this seemed like good news – but the financial impact of the pandemic, still yet to be seen in full, may cause a swing in the other direction. Will countries go back to what they know – oil, coal and gas – or will they move forward, switching to renewables and reducing demand? For now, at least, few countries are currently living up to the promise of a full green recovery or just transition.

South Korea’s approach stands out. They are attempting to build, at pace, the high-tech, high-wage green industries of the future – in the hope that they also boost exports and job creation.

South Korea is currently the seventh largest carbon emitter in the world; it is also committed to one of the most broad-ranging green stimulus packages currently on offer. In May 2020, the ruling Democratic Party (DPK) won a landslide victory on the back of its promised Korean New Deal, and in July of the same year launched its massive 114.1 trillion ₩ (£75.5bn) stimulus package. The Deal has three main pillars and includes the Green New Deal.

Despite its reliance on coal, South Korea has embraced green growth for over a decade. After the 2008 financial crisis, its government issued a stimulus package earmarking 69 percent of investment for green projects. In 2009, the government set mid and long-term emissions reduction targets, introduced a carbon tax, and introduced a five-year plan committing 2 per cent of GDP to decarbonising the economy. Later, in 2015, South Korea ratified the Paris Agreement and pledged to reduce its emissions by 37 per cent below business as usual levels by 2030. An independent analysis in 2020 suggested that to be compatible with an equitable, global effort to meet the Paris 1.5℃ climate target, South Korea’s contribution would need to rise to 70-94 per cent below 2017 emission levels by 2030, as opposed to the current 24.4 per cent below 2017 levels.

The Green New Deal in Context

Under these plans, the government is investing in a wide range of renewable schemes, all designed to suit its geography, climate, economy and population. The stimulus package will massively increase investment into renewables, bringing production up from 29.9 gigawatts (GW) of solar and wind to 42.7 GW, growing the amount of renewable energy from just 6.5 per cent of the grid in 2019 to 21 per cent by 2030. Solar panels will be installed on 225,000 public buildings, and smart meters in five million apartments.

Isolated communities located across South Korea’s 3,358 islands will generate and store their own electricity locally, rather than depending on a centralised system, and a series of innovation programmes will help create low-carbon industrial systems to reduce the current reliance on fossil fuels within heavy industry.

South Korea’s green recovery programme is interesting not only in the breadth of sectors it is targeting – energy, transport and housing – but also in how investment is being galvanised from a range of sources: national government, local government and private industry. This mix aims to create the stability needed to attract additional investment in green technologies essential to scaling up production and speeding up adoption. Using the public portfolio of buildings to install solar panels and pioneer smart meters is also an innovative way to boost confidence in the transition and create stability of demand for manufacturers.

Emerging technologies are also a key part of the deal – a digital new deal as well as a green one. The plan hopes to accelerate the adoption of smart technology, from heavy industry to healthcare, education to domestic homes. This aims to reduce carbon emissions and create more efficient ways of balancing the energy grid – building a thousand smart factories, for example, with ‘clusters’ set up for better data sharing. There is also a greater focus on welfare and social support than in previous green legislation: the government is aware that its population has become accustomed to a high standard of living.

The key question here, however, is how the economy can shift to these technologies without using an intermediary fuel source which is likely to be more polluting. Despite the ambitions of both the Green and Digital New Deals, there is concern the government might lean on liquified natural gas (LNG) as a “bridging fuel” to a low-carbon future. While LNG is certainly cleaner than coal, it is still a polluting fossil fuel – and investment into LNG infrastructure could lock in carbon emissions for generations to come.

The economic impact of COVID-19 has created a unique opportunity to further align responses to the climate crisis with efforts to stimulate the economy. This is happening across the world – in the EU, the UK, China and many others – where there is growing concern about irreversible climatic upheaval. As a result, there is a combined ambition to deliver economic prosperity through scaling up low carbon economies and phasing out fossil fuel use.

Current South Korean Central Bank base rates (0.5 per cent) and South Korea’s ‘AAA’ credit rating mean it is in a great position to borrow significant funds cheaply to stimulate its economy, regardless of the existing programmes of public money creation commonly referred to as quantitative easing. While many other governments also find themselves in favourable borrowing positions, the case of South Korea is particularly strong, with its significant industrial base and the manufacturing and technological capabilities to deliver much of the green technology needed to meet emissions targets by 2050.

As we’ve seen, South Korea also has a history of policies and packages that encourage green growth. Seoul launched its carbon trading scheme, the Korea Emissions Trading Scheme, in 2015 – and it is now the world’s third largest. When, in the mid-to-long term, the plan calls for the introduction of a carbon tax to finance the Green New Deal, South Korea’s business leaders will have knowledge of and trust in carbon-linked financial schemes.

The country’s experience of rapid, top-down post-war industrial development, particularly its 1960s to 1990s ‘developmental state’ model, may also prove useful. During this period, large, family-owned conglomerates and a series of state-led economic plans focused on scaling up key industries and developing technological skills within its newly educated workforce. Sensing the opportunity that a green transition could bring, South Korea may be able to draw on this legacy to shift the economy away from a reliance on fossil fuels, bolstering their own industrial and technological proficiency in the process. An investment-led, top-down approach could rapidly increase renewable capacity and the rate of decarbonization in key economic sectors, such as the burgeoning electric vehicle market and heavy industry.

A growing climate movement and lowering of the voting age to 18 years old may also provide a political environment rich with the potential for change. In March 2020, a South Korean climate youth group sued the government to demand deeper emissions cuts, greater investment in transitioning the economy away from fossil fuels, and the ability for South Korean citizens to use their constitutional rights to sue the government if the impacts of climate change infringe on those rights.

Wide-scale public support of policies addressing climate change and a vibrant civil society will be essential in ensuring South Korea archives its Green New Deal targets. Greenpeace Seoul deserves additional credit, both for getting the incumbent Liberal Party to make its pledge to be climate neutral by 2050 and for the Green New Deal segment of the COVID-19 recovery package, helping crystallize the growing climate concern amongst the wider public. In a 2019 survey from the Pew Research Centre, 86 per cent of respondents agreed that climate breakdown was “a major threat to our country” – higher than cyberattacks, the influence of global superpowers and even North Korea’s nuclear programme. Other polling reflected this growing concern, finding that 77 per cent of voters favoured political parties that promised to respond to the threat posed by climate change.

Tackling the climate crisis requires both political willing and financial commitment – both of which South Korea appears to have. Its government also seems to understand that investment in people and industry is essential, creating high-quality jobs in new, green sectors and implementing change across a breadth of industries to ensure buy-in.

The importance of civil society must not be overlooked, either. As Greenpeace and other climate activists have shown, there is a crucial role for activists and other groups to push governments to adopt ever more radical positions. With green movements growing in strength and number across the world, governments should think carefully about their green packages – not only for their own longevity, but the longevity of the planet. 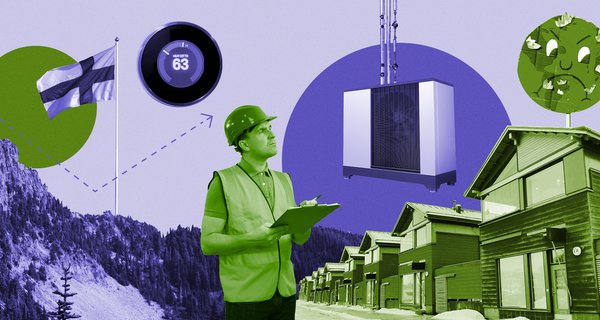