Heating homes and workplaces without fossil fuels is a significant challenge in the move to zero carbon economies. Within the EU alone, heating is the most energy and carbon-intensive sector, accounting for nearly 50 per cent of total energy demand – 75 per cent of which is met through burning fossil fuels. Globally, just 10 per cent of heat demand was met with sources of renewable energy in 2017.

But in the chilly Nordics, Finland has shown the extraordinary potential of one of the less visible renewable energy technologies: heat pumps, which convert energy from external heat sources like air, water or geothermal energy.

Finland, a country with a relatively small, thinly spaced population and large forests, has historically relied on burning biomass and oil for heating: in 1970, 90 per cent of its space heating came from timber and oil. But by 2012, the heating supply mix was almost unrecognisable. District heating, where heat is transmitted from a centralised source through a network of insulated pipes to multiple buildings, accounted for 40 per cent of the supply mix, with electricity providing 21 per cent, biomass 21 per cent, oil 11 per cent, heat pumps 6 per cent, and gas only 1 per cent. How did this happen?

The growth of heat pumps in Finland

After the 1970s oil shock, Finland was forced to look at alternatives. Due to the country’s long, cold winters, Finland’s demand for heating is one of the highest in Europe, making the challenge even more urgent. There is also a very limited gas grid throughout the country, making alternative sources of residential heating essential. Heat pumps suited the country’s relatively cheap electricity and lack of gas infrastructure for many isolated communities, but quality at the time was unreliable and they remained niche.

But in the early 1990s, air-source heat pumps began to be introduced from Sweden. A Finnish national heat pump association (SULPU) was established in 1999 by a heat pump entrepreneur and a researcher, with some support from the government energy efficiency agency, Motiva. The entrepreneur aimed to sell 1 million heat pumps in Finland by 2020 – but by 2000, the market remained small, with only 10 to 15 resellers. Heat pumps remained hampered by a lack of training, quality standards, and maintenance capacity, which kept them niche despite their suitability for rural areas where people still largely relied on oil.

Change was slow, but the organic growth of hands-on knowledge via the SULPU resulted in improved training and standards for installations, boosting the reputation of the sector and leading to increased sales. The internet brought heat pump discussion forums, where users and installers swapped stories in an environment of trust and collaboration.

This is important to note: although regulation has driven the scale of this transition, individual households have played a key role. Much of the investment flowing into the purchase and installation of heat pumps has come from regular homeowners, using their own cash and with limited or no government support.

In 2009, Finland was accepted into the European Heat Pump Association’s quality control committee, subsequently setting up their own national quality committee. SULPU, which collects sector statistics, has reported steady year-on-year increases in sales: in 2018, 70 per cent of newly built small houses choose a heat pump, and roughly an additional 5,000 oil boilers are replaced with a heat pump each year.

Heat pumps have seen particularly strong growth in the past decade. The total energy output of heat pumps in Finland currently meets approximately 15 per cent of the heating needs of Finland’s residential and commercial building stock; in 2018 alone, sales increased by 22 per cent, with more than half a billion Euros of investment resulting in 75,000 heat pumps being installed. This meant that by 2018, the country owned about a million heat pumps, installed across its residential and service building stock. Since 2000, the amount of energy used by Finnish households for heating has declined by about 15 per cent.

Decarbonising heating remains a challenge for industrialised nations, without which reaching net zero carbon emissions will remain only a dream. This challenge is most pronounced in Northern Europe, where a combination of large gas networks and dated buildings has created a situation which requires substantial investment, planning and a robust skills base to fix.

In the UK, for example, heating accounts for 37 per cent of total carbon emissions when including industrial processes. 17 per cent of total carbon emissions can be attributed to heating and cooling in buildings, and about 15 per cent attributed to heating in residential homes alone. Globally, heat pumps only account for around 3 per cent of heating, emphasising the scale of the challenge that lies ahead in disrupting the dominance of fossil fuel.

Many low carbon solutions to the issue of heating already exist; scaling them up is where problems lie. Some of these problems are economic – prices in smaller, less mature markets being too high – while others are to do with infrastructure – in the UK, existing housing stock is so energy inefficient that a mass retrofitting programme is a prerequisite to the installation of heat pumps.

Other barriers are historical, like the dominance of legacy fuels like natural gas in places like the Netherlands. This myriad of barriers emphasises the need for a mixed, flexible approach, tailored to suit local conditions. Stringent, top-down measures that seek to provide a blanket solution can end up costing more than locally conscious approaches and could, in fact, slow down the transition. This argument could be applied to the UK, where a blanket all-electric or all-hydrogen approach to decarbonisation could cost up to 3.5 times more than a locally conscious, flexible approach planned place by place. Finland offers a clear example of how mature markets can be created and significant local investment generated with the government providing more of an enabling role.

The Finnish example also sheds light on a potential thorn in the side for rapid transition in other nations: the low-carbon skills gap. Installing one million heat pumps is not done overnight or by a single company – it requires a constellation of contractors, trades and supply chain operators to be done at scale.

In many countries, there are real concerns that, despite government investment, grants and incentives to pursue low-carbon options and technologies in light of net-zero targets, the skills base to actually deliver them is limited. Decarbonising heat is therefore far more than just a technical fix: it requires an industrial and vocational approach that centres on developing manufacturing capacity, building the skills base for installation and creating a professional, regulated industry that makes the choice of switching to low-carbon heating an easy, streamlined and affordable one.

Finland currently has a carbon neutral target of 2035 – 15 years ahead of the UK, EU and South Korea – meaning a favourable policy environment for the scaling up of heat pumps, as well as available resources in abundant geothermal power. Meanwhile, SULPU continues to play an important role in communicating the benefits of heat pumps to the public and policymakers, lobbying, carrying out surveys, and providing data to support the transition.

Heat pumps also provide an excellent means for demand-side management of the power grid and are flexible, using water volumes, buildings, geothermal wells and other features as energy resources. A recent survey1 found that for every time an electricity-heated house has a full-power heat pump installed, two oil-heated and district-heated houses can be heated with the power and energy saved.

The staggering speed of growth in Finland has been enabled firstly by the circumstances of geography and environment – and these may enable its continued expansion. The current market is dominated by air-source heat pumps, but ground-source heat pumps also play a starring role: there are more than 100,000 geothermal wells across Finland with a combined depth of 20,000km – half the earth’s circumference. This has made heat pumps an attractive investment for industry, housing developers and homeowners, with a return on capital of between 10 to 15 per cent. Electricity is also relatively affordable in Finland, making it a sensible alternative for those homeowners looking to replace their carbon-intensive heating. Heat pumps are popular because they require little space and are convenient, with no need to refuel as with oil or wood. When it comes to residential heating and behaviour change, research shows that making the low-carbon option as easy as possible can increase uptake, leveraging consumers' natural propensity to ‘go with the flow’.

The country’s robust policy environment has also helped. A wide range of government policies, targets and taxes increasingly encouraged a switch from fossil fuel to renewables from around 2000, including national climate and energy strategies in 2005, 2008, 2013 and 2017. Fossil fuel taxation has tripled since 2011 (tax on heating oil more than doubled between 2004 and 2017) and the National Building Code provides stringent energy performance standards that include the building's heat supply. Since 2014, heat pumps must be installed in every new home, while a government subsidy covers up to 20 per cent of the costs of switching. 45 to 60 per cent of the costs of household renovations, extensions and heat pump installations are also tax-deductible.

This has helped develop green building skills within the labour market, with an estimated 3000 people now employed in the sector. As a result of early adoption, peer-to-peer learning through online forums, and the formation of SULPU, a primed, self-starting market emerged, albeit with the conducive conditions created by the government. As a result, training and standards for installations improved throughout the 2000s, boosting the reputation of the sector, increasing homegrown innovation and leading to increased sales. This depth and breadth of know-how was then able to grow into a comprehensive product and installer network, covered by a trusted certification scheme.

The momentum of the heat pump market in Finland is now generating a variety of innovative and disruptive business models that are likely to accelerate the rate of installations. The service model, for example, involves the service provider paying for the heat pump installation and then delivering the heating as a service. The customer is invoiced for the energy they use, with all maintenance handled by the service provider. This model works particularly well in serviced apartment buildings, public housing blocks and commercial office spaces, where owners might be less likely to invest themselves.

Overall, the Finnish example is prescient, showing how the roll-out of low carbon heating options can actually happen – and while challenges certainly exist, the right level of encouragement, regulation, financial incentives and fiscal policy can make big changes to even legacy industries. 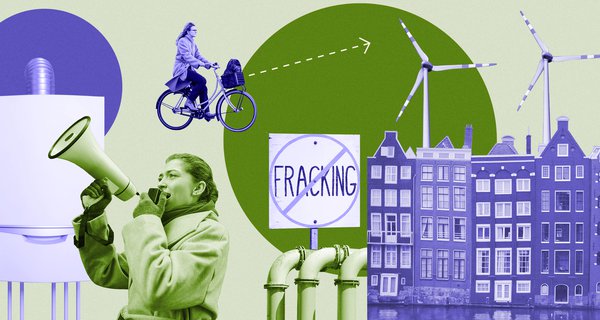 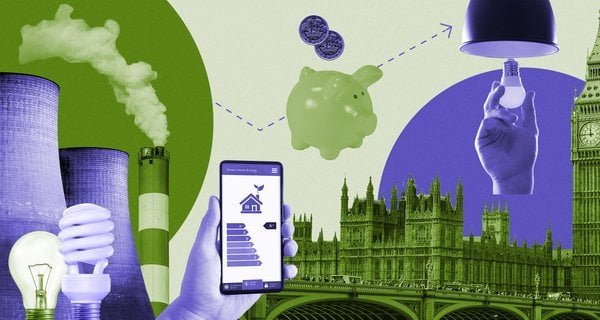 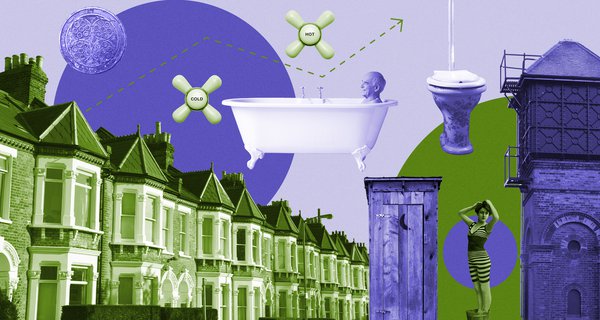