What do toilets have to do with climate change? Although the two may seem like they’re worlds apart, the rise of indoor plumbing in the UK can teach some important lessons for a green transition.

Bathrooms were rare before the 1860s. Few families had their own water supply, instead relying on communal water pumps; the vast majority had small outhouses called cesspools, which were poorly maintained and often overflowed. Solid waste was collected by workers at night, who distributed it to the gardens surrounding the city. Waste water seeped into the ground or flowed into rivers.

The rise of flush toilets amongst the middle classes in the mid-1800s worsened the situation – wealthy households could now flush their waste directly into rivers, leading to groundwater contamination. Consuming contaminated water led to recurring epidemics of cholera, which killed 23,000 people in 1853-54, 10,000 in London.

The situation was particularly acute in London. The summer of 1858 represented a pivotal moment in the transition to modern plumbing: hot weather exacerbated the smell of untreated sewage in the river, bringing the city to a standstill. The government could barely function and people avoided leaving their homes, demanding urgent action. The “force of sheer stench” as the Times described it, prompted the government to accept Joseph Bazalgette's proposal of a modern sewer network, preventing “the sewage of the Metropolis from flowing into the River Thames” and helping end the outbreaks.

Towards the end of the nineteenth century, after many large cities in the UK built modern sewer systems and gained access to pressurised, filtered water, substantial improvements were made to sanitation provision in urban houses. However, most changes were found in middle class households. Bathrooms were rare in working class terraces, and provision of toilets varied across the country. While cities like Liverpool had near-complete provision of WCs in homes by the 1890s, many industrial northern towns still relied on outdoor privies, with only 7.5 per cent of households having WCs in 1906 in towns like Rochdale.

It took decades of government action for indoor bathrooms to be present in most households. By the mid-1960s, the continuous construction of new housing, slum clearances and demolitions increased access to modern plumbing to many more areas. The 1967 House Conditions Survey found that 25 per cent of homes in England and Wales still lacked a bath or shower, an indoor WC, a sink and hot and cold water taps. By 1991, only 1 per cent of households lacked one or more of these; current numbers are negligible.

In London, the ‘Great Stink’ led to urgent government legislation and the creation of a modern sewer network; the increase of urbanisation created a necessity for indoor toilets, as new buildings were multi-storied and climbing down multiple sets of stairs was impractical.

In the same way that scientific discoveries in the 20th and 21st century brought the climate change agenda to the forefront of people’s consciousness, science played a big role in this transition. In 1854, British doctor John Snow demonstrated that cholera outbreaks were waterborne, not airborne – but the scientific community rejected his theory. It wasn’t until a decade later, when biologist Louis Pasteur demonstrated that microorganisms cause disease, that the germ theory gained popularity. Following these discoveries disease prevention, water quality and sanitation became government priorities.

Transition to a water-based system was also dependent on a series of inventions. Municipal water systems had to be built: reservoirs, pumps, water towers and pipes. Additionally, a porcelain toilet with a U-bend water trap to prevent gas from seeping back into the bathroom was needed.

Growing public interest in sanitary arrangements, along with a rise in medical experts, river pollution lawsuits and a new sense of civic pride, helped galvanise the political will needed. In the middle of the 1800s, sanitary reformers established stringent health laws, created general boards of healths and the Metropolitan Commission of Sewers, and became a role model in plumbing codes for the rest of the world.

These measures encouraged private homeowners to install indoor plumbing – but it wasn’t until the government intervened with regulation changes after the First World War and later with grants for home improvements in the mid 20th century that the transition sped up. The 1919 Housing and Town Planning Act made toilets a minimum requirement for all new dwellings; forty years later, the Government passed the 1949 Housing Act, starting a programme of grants for the improvement of privately-owned housing. Successive legislation gradually added to the range of assistance available and evolved to meet specific issues in the housing stock. The 1959 House Purchase and Housing Act made it mandatory for local authorities to make grants of up to £150 available to improve dwellings by adding bathrooms or showers, a sink, hot water supply, WC and food storing facilities. The 1964 Housing Act gave local authorities powers to, in some circumstances, compel landlords to make improvements.

The 1969 Housing Act significantly broadened the grant system and mandated that the grants should cover up to 50 per cent of the total cost of works, while the 1971 Housing Act expanded this to 75 per cent for houses in areas of multiple deprivations. After 1982, the grants covered up to 90 per cent of eligible expenditure.

In 1985, the Government reviewed the grant system and introduced means-tested mandatory renovation grants that covered the entire cost of renovation for dwellings that were declared unfit and renovation was seen as the most appropriate action to take. By the 90s, the number of households without these amenities was below 1 per cent in the UK.

The complex process of scientific, legal and sanitary reform needed to transition to the current system was accompanied by the efforts of engineers, scientists, reformers and the public, and caused many U-turns in public policy: many of the original approaches were wrong or took a long time to gain acceptance. So how did it succeed?

The power of advocacy

This story reinforces the importance of public support and advocacy in pushing for urgent change. The private manufacturing sector was essential in producing the equipment needed to facilitate the transitions, but it was the people’s demand for better sanitation that drove the shift. London’s ‘Great Stink’ and growing concern with water pollution acted as a burning platform, and had a powerful effect on MPs, who were able to kickstart the transformation of London’s sewage system.

More than a century later, in 1970, one in four Scots still had to share an outdoor toilet. Accordingly, one group of Glasgow neighbours came together to fight for indoor toilets, creating residents' associations to campaign for full facilities. This movement was essential to how housing associations and cooperatives manage Scottish social housing today.

The mixed blessing of government grants

While many middle class households had access to modern bathrooms by the turn of the century, it took government action in the form of legislation and grants to increase access to sanitary facilities to all areas of the country. The scale of disrepair of housing was an urgent national problem; privately owned houses were seen as a national asset with an important role to play in housing present and future generations. It was also recognised that home improvements tended to occur shortly after properties changed hands in response to retention on mortgages by lenders.

Moreover, it was believed that many owners were not likely to invest in the improvement of their homes if not incentivised to do so. However, despite efforts to concentrate the grants in the most deprived areas and even with 75 to 90 per cent grants, in 1979 only one fifth of households in London had applied for the grants as they still had to find large sums of money to cover the remainder. Many found the system complex, confusing and unnecessarily bureaucratic. But in the 1980s, means-tested grants started to even this inequality out.

Home improvement grant application deadlines accelerated the number of applications in some places, which put unmanageable amounts of pressure on builders. In a 1973 Parliament session, Welsh MP Alec Jones pointed out that upcoming grant deadlines resulted in 3,500 applications in his constituency, despite the fact that the existing building force in the area could only complete 250 per year. This resulted in delays and cost increases for which the grants did not account for. The pressure on builders risked the quality of work being done.

The adoption of indoor plumbing drastically reduced the spread of diseases, but also had unintended consequences: indoor plumbing required large quantities of water to dispose of waste: a single leaky toilet could leak more than 400 litres of water a day. Innovations to flushing systems have tried to tackle this problem by designing the “dual-flush system” we find in many of our homes today. However, recent Thames Water research indicates that due to bad installations and human error, the volume of water loss exceeds the amount of water the dual flush should be saving. Centuries after the invention of the flush toilets, the problem of water waste persists.

Bazalgette’s scheme moved London’s sewage ‘out of sight’ of Parliament and dumped it 10 miles further down the Thames, solving the problem in the capital but essentially displacing it further downstream, where a steady tide of resident complaints emerged. A particularly tragic incident happened in 1878, when a passenger steamer sank after a collision, causing the death of 600 people; many of those who were rescued later died from ingesting contaminated river water. Following the accident, London’s Metropolitan Board of Works began purifying the sewage rather than dumping the untreated waste into the water, and started using sludge boats to dump sewage in the North Sea.

Lessons about unintended consequences are particularly relevant to reflect upon in the context of a green energy transition. It has been argued that the electrification of heat, for example, in addition to putting more pressure onto the electrical grid, will be moving combustion away from the home and to the power station unless significant strides are made to completely decarbonise electricity. Poor installation of heat pumps and associated pipework can lead to up to 30 per cent wasted energy. Additionally, some research points out that energy efficiency measures being installed in homes could lead to increases in energy consumption.

The rise of indoor bathrooms was a major change to the internal structure and layout of millions of homes, and led to significant behaviour changes in the way people used their homes and thought about their purpose: 100 years ago, most households in the UK did not have access to an indoor bathroom fitted with a toilet, bath, or even running water.

The transition from outdoor to indoor plumbing required large-scale modernisation of existing infrastructure, new technologies and legislation, and significant changes in behaviour; it was also driven by environmental and health concerns pushed by citizens. This combination of factors is particularly interesting when considered in the context of climate change, and could teach crucial lessons about consumer uptake, legislative change, and technological innovation. 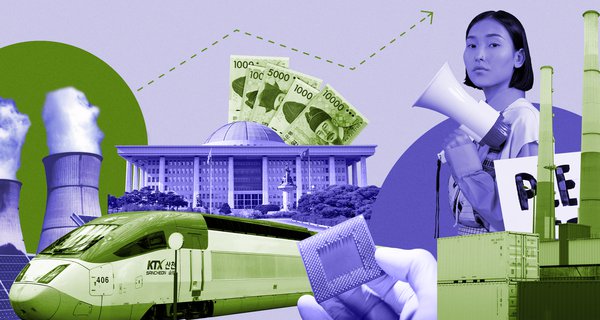