The vTaiwan process was established by a civil society movement called g0v, at the invitation of the Taiwanese Minister for Digital Affairs. It followed g0v’s major role in the 2014 Sunflower Movement protests; started over a controversial trade agreement with China.

The process was designed as a neutral platform to engage experts and relevant members of the public in large-scale deliberation on specific topics.

The process itself is designed to facilitate constructive conversation and consensus-building between diverse opinion groups. It does this by creating several stages, including an initial ‘objective’ stage for crowdsourcing facts and evidence, and a ‘reflective’ stage using mass deliberation tool Pol.is, which encourages the formation of ‘rough consensus’. Finally, key stakeholders are invited to a live-streamed, face-to-face meeting to draw up specific recommendations. 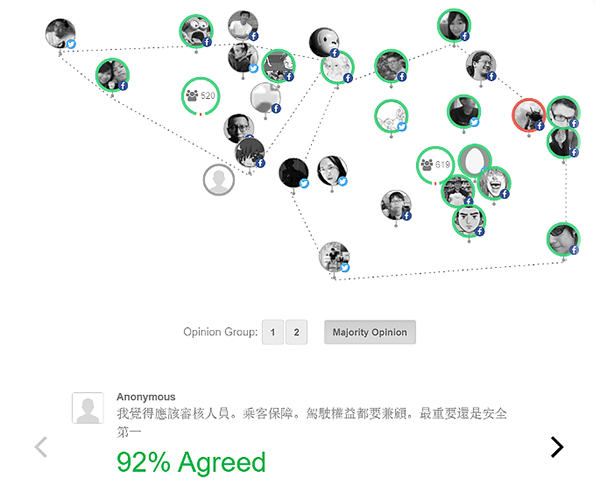 vTaiwan: Screenshot from the Pol.is mass deliberation on ridesharing

Facilitators and g0v volunteers guide people through each stage using different web tools, including timelines, email updates and access to clear information. In a radical approach to transparency, the entire consultation is continuously summarised, transcribed and published in an open, structured and searchable format.

vTaiwan’s achievements to date include: a crowdsourced bill successfully passed through parliament on Closely Held Company Law; the resolution of a disagreement between civil society activists on the topic of internet alcohol sales; and the ratification of several items on ridesharing (Uber) regulations.

Hear an interview with Audrey Tang on vTaiwan in our podcast 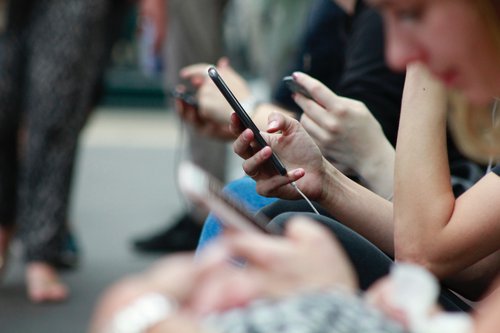