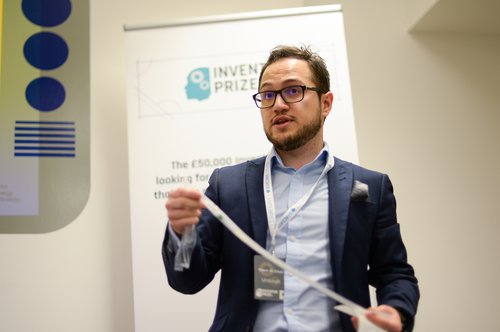 What is the inspiration for your product, and how do you think it will help people across the UK?

When one of Nawar’s family members was undergoing treatment for cancer, Nawar witnessed first-hand the problem with the current catheter system. His relative, who was undergoing chemotherapy and radiotherapy, had a low immune system. When their catheter became infected, Nawar’s relative then had to fight the catheter infection, making recovery more difficult.

After doing more research into the problem, Nawar realised this was a widespread problem and that the design and material of catheters has remained relatively unchanged for 90 years since its invention by Frederic Foley.

As a materials scientist, Nawar worked on smart materials and thought there might be a suitable application for its use in catheters.

Indwelling urinary catheters are long-term devices used to drain the bladder and have, over the years, become a major source of serious and sometimes fatal patient infections. The cost of treating these infections approaches nearly £2 billion a year, further straining the NHS financially, while the resultant difficulties experienced by patients are incalculable. UroLogic aims to produce a new self-activating catheter design based on smart materials, allowing better drainage and ensuring a smaller likelihood of infections and encrustations. 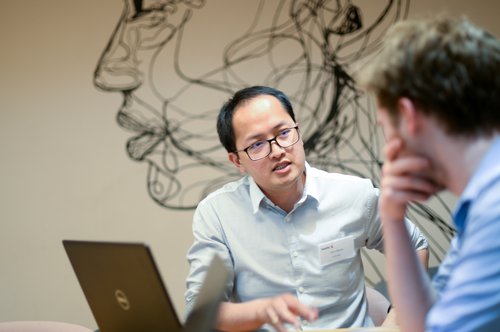 Why did you apply for the Inventor Prize?

The Inventor Prize is a unique competition, offering generous mentoring, intellectual and financial support to inventors. As such, it is driven by a rare awareness of the real challenges and struggles involved in creating new and exciting solutions through innovation - something that is not commonly found, but which is crucial to making a lasting impact on the creation and development of new, and potentially world-changing, ideas.

This is also why we applied to Nesta’s Inventor Prize, confident that it would be a great opportunity for our start-up, UroLogic, to grow and realise its potential.

What are you most looking forward to about the Inventor Prize?

We are now at the stage of producing the proof of concept and hence in need of financial support. We are very grateful for the support that we have already been given at Barclays Eagles Lab and we hope we can maintain the relationships there as we had exceptional guidance and support from our mentors in a relatively short amount of time. We’ve also gained insightful feedback from the other finalists’ through our interactions with them, while their experiences, challenges and successes have certainly motivated us to work harder.