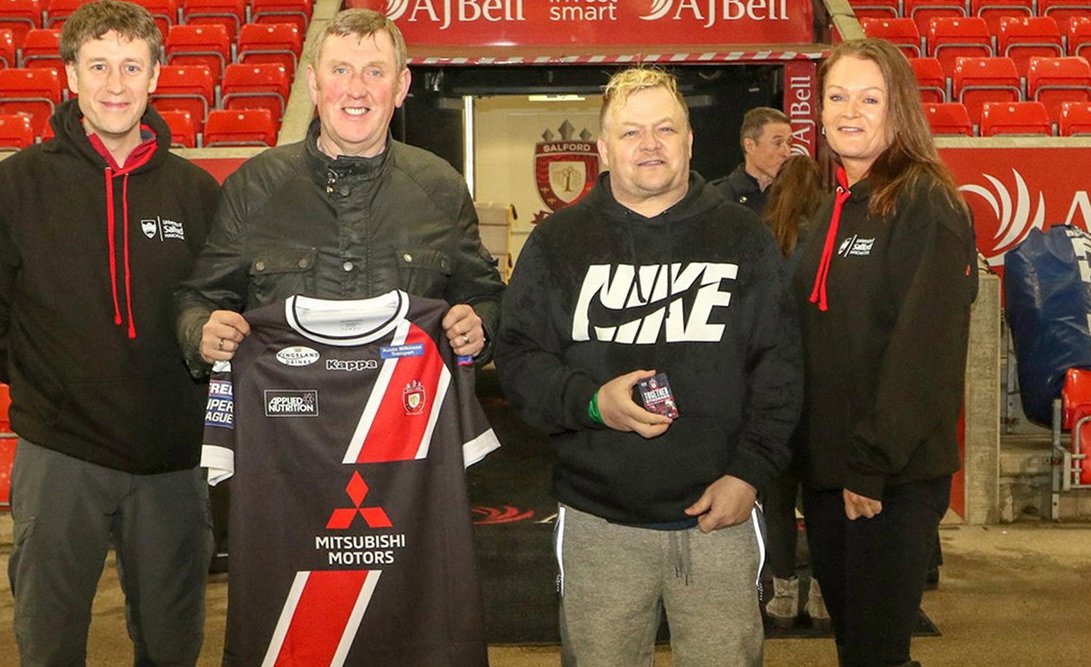 Citizens of towns and cities in Britain, and particularly in the North, suffer much higher rates of killer diseases such as heart disease, diabetes, obesity and lower life expectancy. Our aim is to tackle these issues head on with the use of engaging technology aligned with people’s passion for football. Fan Fit is a project from the University of Salford aimed at encouraging healthier lifestyles and increasing wellbeing through technology such as smartphone apps and wearable devices.

The Fan Fit app acts as an official club app pulling in fixtures, news and social media but with the addition of automatically tracking physical activity, such as walking and running, through the phone or fitness wristbands. Fans can create a friendly competition in global, monthly and personal leagues, win digital badges and real physical prizes such as matchday tickets and merchandise. The Healthier Lives fund creates an exciting opportunity to further develop this project working in conjunction with Scottish football clubs and the Scottish Professional Football League Trust.

The goals for this project are to create a new instance of the Fan Fit smartphone app initially for one major Scottish Football club. We have previously created a version for Salford Red Devils and we are looking forward to creating user groups to speak to Scottish fans about what they would like from the app to develop further ideas to improve it. We also recognise that there is a technology barrier for some fans to engage with these type of technologies, so we aim to break down those barriers by creating support groups and lending out fitness wristbands to fans who are using the app. One fan commented on how the app had really motivated him to get fit, he said “Every fan should have it - I’ve lost close to three stone since I signed up and the competition element really helps me.”

The Healthier Lives Data Fund was a perfect fit for the Fan Fit project. It unlocks a superb opportunity to work with Nesta, the Scottish Government and fans. Being part of the fund effectively kickstarts the project in Scotland and enables the project to develop and become even more useful to fans to ultimately improve their lives.