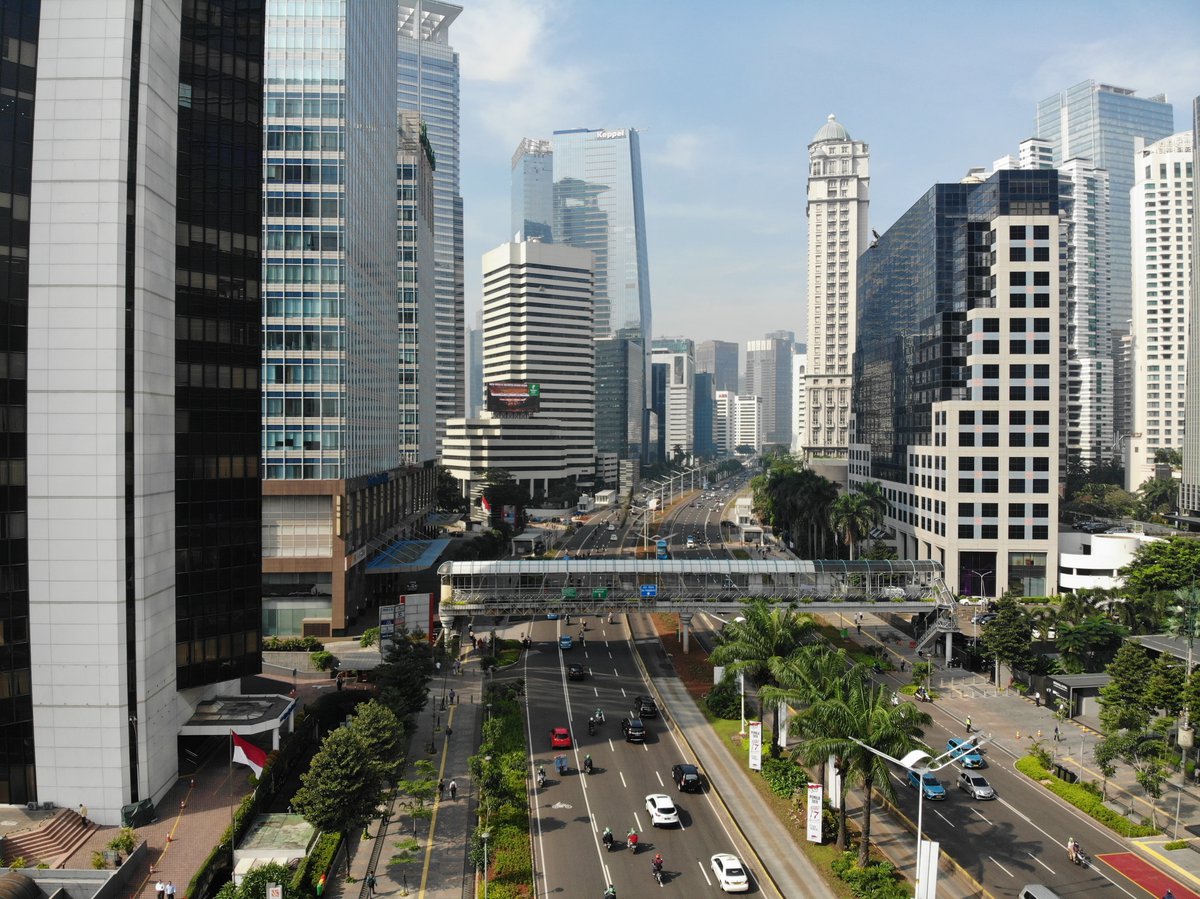 It was for this very reason that PetaBencana.id was set up. It helps residents report and manage the impact of flooding across the city. The system is programmed to react when someone in Jakarta tweets the word ‘banjir’ (flood) and tags @PetaJkt. PetaBencana.id automatically replies, and asks them to confirm the tweet with geotagged photos. The platform then combines all incoming reports with official data from the city government to build up-to-the-minute online flood maps, which are then made publicly available. Through producing real-time maps of urban flooding, PetaBencana.id represents a major advance on previous static PDF maps.

Peta Bencana and Jakarta illustrate many of the challenges cities face and how potential future solutions could better involve citizens in addressing these. It is estimated that around 70 per cent of global CO2 emissions are coming from cities. While this makes them one of the main contributors to climate change, the impact of pollution and changes to our climate disproportionately affects urban areas and the billions of people who live in them.

Few of the radical changes required to adapt to and mitigate the impact of climate change and pollution can be done without involving those who live and work in cities (more than half of the world’s population). Yet studies have found that most cities have little engagement with citizens when it comes to developing climate and environmental strategies.

However, there are a number of tools and methods that help local governments better work with residents on using our collective intelligence to both understand changes to our climate and environment, and develop the projects and policies that can help address these challenges.

One of the most common ways citizens are engaging with their local environment and climate is through citizen science – where non-professional volunteers contribute to scientific research. It’s increasingly being used by citizens to document and take action on everything from air pollution to urban wildlife.

Concerns about pollution drive many civic science efforts. Most projects tend to focus on quantifying air or water quality, often using creative DIY monitoring tools such as the buckets for air samples developed by the Louisiana Bucket Brigade or the Smelly Maps of Pittsburgh to enable city residents to report industrial sulfur smells. These projects put data in the hands of citizens, and help communities demand action against polluters or lobby for stronger city regulations. Perhaps the most famous example of this is from Flint, Michigan where citizen scientists helped expose dangerous levels of lead in the city water supply.

Other initiatives focus on helping citizens map a broader set of changes to their local environment. The ISeeChange platform, for example, allows local communities to capture data, such as photos and changes to weather, climate or wildlife they are detecting.

The platform pairs data from contributors with remote sensing data such as satellite images, from institutions like NASA, to detect local changes that correlate with bigger picture trends. By enabling people to track how their climate is changing over time, the platform equips communities with the data needed to inform adaptation decisions and actions. Platform data is shared with local planners and environmental experts, such as the New Orleans’ Office of Resilience and Sustainability, who use it in their work. This podcast goes into more detail about how the platform works.

Similarly, the Inaturalist City Nature Challenge engages people in mapping changes to biodiversity in cities through short ‘bio blitzes’ – three to four day sprints where people take and analyse photos of their local wildlife. In the 2020 challenge more than 40,000 citizen scientists from 244 cities worldwide made 800,000 observations. This provides valuable city-level information about biodiversity, while getting people to engage more with nature in the city. 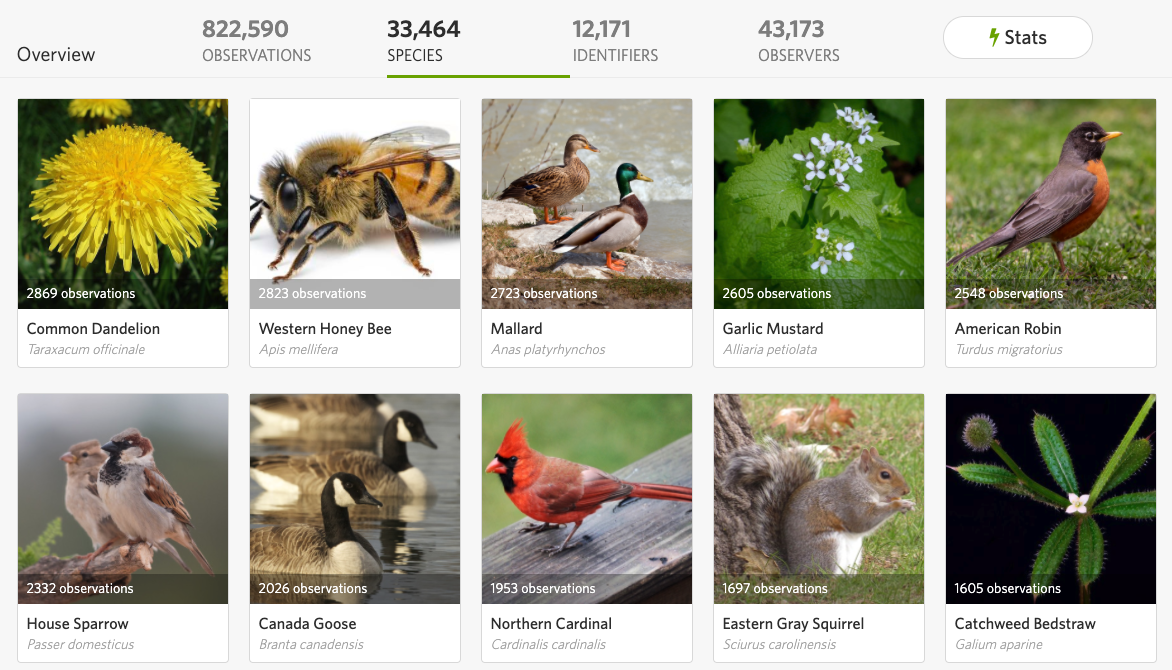 Other initiatives have focused specifically on the role of trees in keeping cities sustainable. Their role in absorbing carbon dioxide, providing shade, managing extreme rainfall, and supporting wildlife are a few of the reasons why trees are one of the most important pieces of green urban infrastructure. Yet the number of trees in urban areas is decreasing.

Various crowdsourcing initiatives have been set up to map trees (or lack thereof) in cities and quantify their current and potential future benefit. One example is i-tree, which lets users map and analyse health benefits of existing trees (such as the impact of canopies) and project the positive impact of planting more trees. This data is helping city authorities and communities map their existing green infrastructure and identify where to invest in new trees. In London, the RELEAF i-Tree Eco project led to the first ever crowdmapping of trees in the city. This data was correlated with data about pollution, hydrology and energy use in buildings to help inform the city’s environment strategy.

Citizen assemblies, or mini publics, are a practical illustration of how this goal of actively involving more citizens in deliberative processes of climate action planning can be done. Here, a random selection of the public are gathered for a series of events to discuss and develop recommendations to local government. Camden Council in London is one of a few local governments that has experimented with this approach.

In 2019 the council worked with the charity Involve on designing a climate change citizens assembly. The assembly involved 50 randomly assembled residents (to reflect the borough’s demographic profile) for two sessions to discuss and recommend actions the borough could take to tackle the climate crisis. The assembly’s 17 proposals – ranging from promotion of low carbon diets to investing in trees, allotments and solar panels – were all voted through by councillors.

Elsewhere the focus has been on using citizen involvement to hold cities to account on climate change targets. In Helsinki, the city involved residents and civil society groups in drafting its ambitious action plan to make the city carbon-neutral by 2035. To continue engagement the city set up Helsinki Climate Watch – a platform where anyone can track and query progress on each of the 147 greenhouse gas reduction actions in the plan.

Participatory budgeting, where citizens can propose and vote on ideas for how city budgets should be spent have also proven to be a mechanism for engaging residents in making decisions on how to take action. One example of this is happening in Paris, where the city has set up a five-year €500 million participatory budget experiment. While the platform was open to ideas related to issues across the city, analysis found that 15 per cent of funded ideas were related to the environment and an additional 13 per cent were related to transport and mobility, most often through improving cycle lanes and infrastructure for walking.

These examples illustrate the opportunity for cities in using new tools and methods to help communities address the climate crisis. While many of the projects we look at are relatively small, the increasing impact of climate change on most aspects of life in the city will inevitably increase their relevance and importance in how cities are run.

A version of this was first published in The MJ