Using collective intelligence to boost cycling and walking in cities

Using collective intelligence to boost cycling and walking in cities

COVID-19 has drastically increased the scale, speed and ambition of many of the world's cities to become more cycle and walking friendly.

Milan for example has brought forward its target to convert 35km of city road into cycle and walking lanes by a decade – from 2030 to 2020, Mexico City has proposed 130km of temporary bike lanes and London is turning central parts of the city into one of the largest car-free zones in the world. 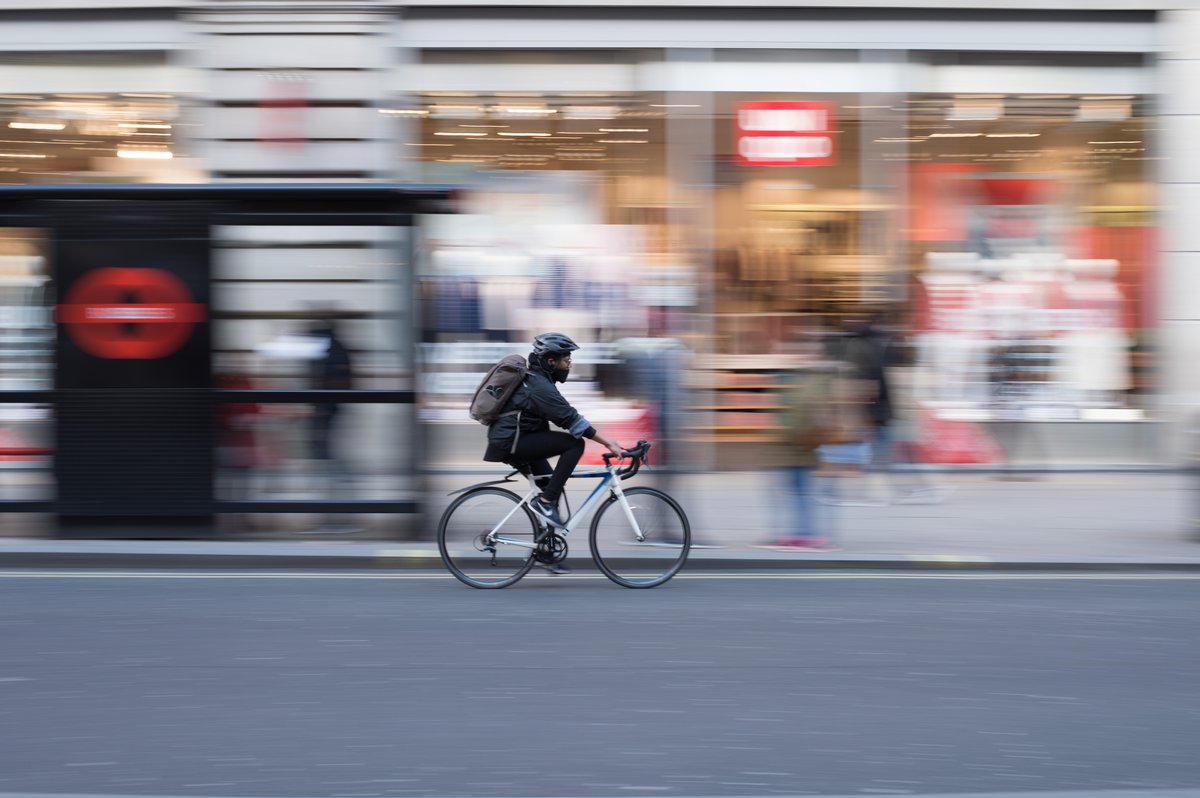 The changes to how we move around cities, as a result of COVID-19, comes on top of a number of existing major urban mobility challenges. According to the United Nations Road Safety Collaboration 25 per cent of the 3700 people who die on our roads every day are pedestrians or cyclists. In addition to this, transport is estimated to be responsible for nearly a quarter of global energy-related CO2. and a large proportion of urban air pollution. An estimated 4.2 million premature deaths are attributed to ambient (outdoor) air pollution according to a 2012 WHO study and recent research suggests that more than 80 per cent of urban residents are exposed to air quality levels that exceed WHO limits.

These are just a few examples of why reform of urban mobility remains one of the biggest challenges confronting policy makers around the world. A key question for cities is how to ensure that this new infrastructure best meets the demands and needs of citizens.

Below we explore how turning to crowdsourcing and citizen-generated data can help cities use collective intelligence to make their transport and mobility plans smarter, more sustainable and accessible.

Every journey we make can provide vital data for anyone thinking about where and how to design new cycling and walking infrastructure.

When aggregated, our individual choices on everything from whether we take the easiest or least polluted route to how we find shortcuts to get from A to B as fast as possible provide a detailed understanding of how we use existing infrastructure and what is missing.

Similarly, crowdsourcing input from the public can help cities make more informed decisions about large infrastructure projects such as cycle lanes and the potential risks and tradeoffs that come with these decisions. Galway in Ireland for example crowd-mapped particular issues and ideas for improving the city’s mobility planning in response to COVID-19. 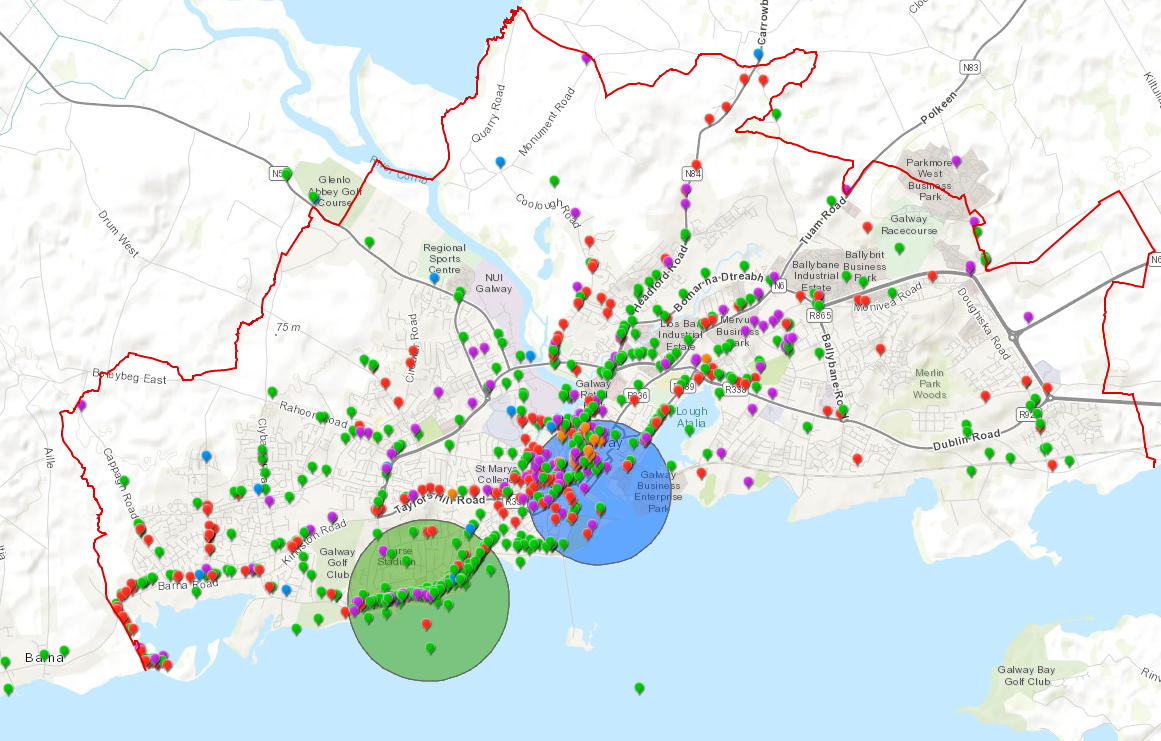 Traffic and route planning app Waze has a unique combination of information from google maps and crowdsourced data. Its Waze for Cities service has changed how cities manage traffic. Now new platforms are being used to provide similar services for walking and cycling infrastructure.

Strava Metro is one example of this. Using data generated from more than 40 million users worldwide, who track their cycling and running through the Strava app, the company helps local authorities understand how people move around the city. In London anonymised data from the app, has helped inform decisions on planning for the city’s cycle superhighways. This data can also be used to understand the impact of cycling infrastructure investments i.e whether more people who are using the app are cycling on routes with new cycle lanes.

Just as it can help ensure the right infrastructure is in place to aid safe walking or cycling journeys in our cities, tapping in to our collective intelligence can also help us pick the routes that best fit our journey needs. Google Maps, and other services primarily designed for public transport and car journeys, have been criticised for being terrible for walking directions. They often send people down busy congested routes or near roads with high levels of air pollution when the less obvious route via backstreets and green spaces could provide a more enjoyable, healthier walking experience while only adding a couple of minutes to the journey.

Here our collective intelligence can help people plan the routes that best fit their needs. Companies such as Beeline are providing crowdsourced information of better and safer cycling routes. The GoJauntly app lets people access curated green city walking routes as well as create and share their own. Recently GoJauntly partnered with TFL to improve suggested walking routes between tube stations.

Focusing on the same challenge, researchers using crowdsourced data from the online game Scenic-Or-Not have explored whether algorithms can be trained to identify what humans consider ‘scenic’. This could help add features to journey planners and enable people to plan routes that prioritise a ‘scenic’ experience over speed. 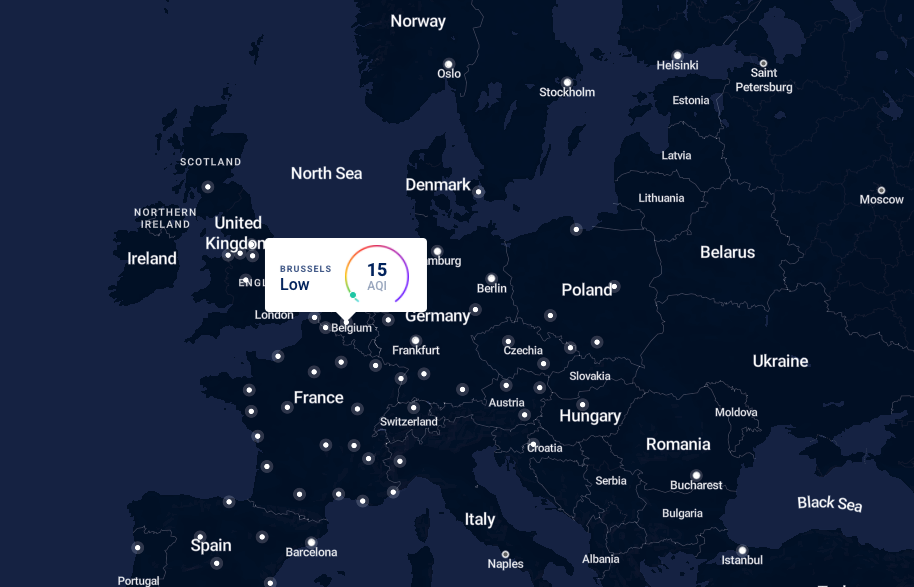 Others initiatives have focused on how to help people avoid unnecessary pollution through visualising pollution levels, often by using a combination of data from city sensors and crowdsourced data from people travelling around the city. Recently one of these platforms, Plume Labs, announced that it would be able to provide users with street by street air pollution information to help them plan their journeys. Similarly researchers at the Alan Turing institute are experimenting with novel ways of combining air pollution data with walking and cycling journey planners.

Air pollution isn’t the only thing to avoid. Noise also has a negative impact on our mental health. While part of the solution to this problem is removing loud vehicles and other noise polluters from the city, a range of services and platforms have been set up to help people manage this challenge by letting them plan quiet routes. One example of this is Hush City, a free citizen science app which lets people crowdsource information about quiet areas in cities and how to access them.

Making cities better for cycling and walking isn’t just about the number of cycle lanes and pedestrianised spaces, but also ensuring that everyone is able to use them.

Getting around most cities remains a challenge for people living with a disability. The average city street often includes sandwich boards that block your path and uneven or steep kerbs on pavements which can all hinder one’s ability to navigate the city freely.

Crowdsourcing plays a big role in mapping accessibility issues in cities. Perhaps the most widely used tool for this is wheelmap.org which, using Open Street Map, lets users map spaces that are or aren’t wheelchair accessible in cities all over the world.

Another example of a crowd-based approach to mapping accessibility issues is US-based Project Sidewalk. The project looks to address the lack of data about accessibility of existing infrastructure to people with mobility impairments through analysis of Google Street View data. Online crowdworkers take virtual walks through city streets using Google Street View and label pedestrian related accessibility problems they come across. Crowdworkers and volunteers begin their journey with a simple-to-use online tutorial on what to look for and how to rate sidewalk accessibility, such as missing curb ramps, sidewalk obstacles, surface problems, and the lack of a sidewalk on a pedestrian pathway. Following the tutorial, users are assigned missions to complete a certain distance of sidewalk segments in the city or choose a specific neighbourhood.

By using remote work and Google Street View, the project seeks to overcome the challenges of existing approaches typically based on sensor data or in-situ crowdsourcing. Sensors often have low levels of accuracy and, while in-situ crowdsourcing produces the best data, this approach is incredibly resource intensive and is often limited to capturing where wheelchair users already go, not where they are unable to go.

The model is showing real promise. A data validation study carried out by Project Sidewalk found that, on average, users could find 63 per cent of accessibility issues. Interviews conducted at the end of a pilot study with government officials, mobility-impaired people, and their caretakers all confirmed the perceived value of Project Sidewalk’s rapid data collection and ability to gather diverse perspectives.

Of course it’s not just sidewalks that need to be accessible to people with disabilities. Mainstream databases of business listings can often overlook key data about how accessible those businesses and neighbourhoods are for those with mobility disabilities, and can make urban life extra difficult to navigate. That’s where apps like AXS Map (pronounced as ‘access map’) step in. It was developed by Jason DaSilva in 2009, who was diagnosed with primary progressive multiple sclerosis several years before, as a way to respond to the inaccessibility of many places around him in New York.

As a free user-generated accessibility mapping app, AXS Map enables its users i.e. people who are disabled, to play a role in crowdmapping and addressing the gaps in more mainstream mobility mapping technologies. In this way it embraces the popular slogan amongst disability activists, ‘nothing about us without us.’

The app features a gamification element called ‘AXS Mapathons’, where teams compete against each other in real time while rating venues in their community based on their accessibility. Users are provided guidelines on how to rate businesses in terms of their accessibility (using a star rating system of between 1 - 5) on key categories like entrances and bathrooms. As of 2018, ASX Map had more than 76,000 users who have generated more than 150,000 reviews covering 200 cities. Users can organise their own mapathon events which can vary in size and duration (from a couple of hours to a week) with more than 280 of these taking place around the world to date.

Beyond enabling users to crowdsource accessibility, AXS map also enables a broader and more diverse understanding of what constitutes ‘accessibility’ in cities. Since 2017, Google Maps has had a ‘wheelchair-accessible’ option for six major cities worldwide. While this is of course a positive development, some have expressed concerns that this move by a popular, global tool such as Google Maps could supplant other user-led digital-accessibility maps entirely and could risk institutionalizing the preconception that access means wheelchair access.

The combined challenges of climate change, air pollution and Covid-19 means most cities will have to radically change how people move around the city. These examples all show the opportunity for cities in using new tools and methods for working with citizens in planning for this change. They also illustrate the many existing tools and methods that cities interested in using collective intelligence can copy and build on in their work on transport and mobility.

A version of this was first published in The MJ