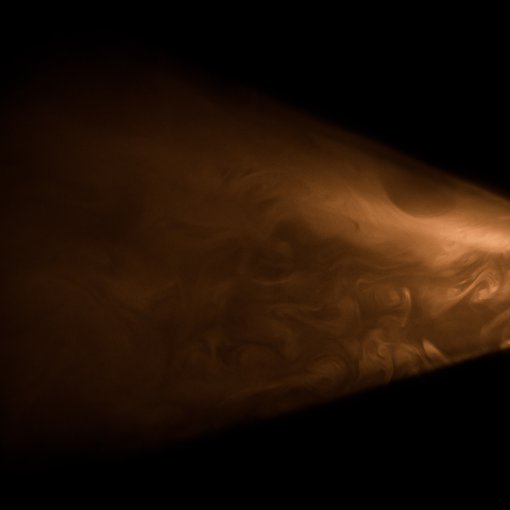 We're supporting nine creatives that are looking to explore innovation in short-form storytelling. Find out more about who they are, and the ideas they were longlisted for.

In October 2019, we launched an open call for bold, creative ideas that examine new ways to tell a story and push the boundary of how we consume literature. This was a chance for writers and creatives to consider the future of storytelling and make use of new technologies or formats. In its pilot year, the prize will encourage storytellers to imagine how short-form fiction could help re-engage young people at secondary school, aged 11-16, with the act of reading for pleasure.

Meet our longlisted grantees and learn more about their fresh ideas:

This project will explore the potential of geo-caches as a way of connecting what is often seen as a solitary, indoor identity (as a reader) with outdoor pursuits and gamification. During the R&D phase, Viccy plans to adapt an existing story and test different ways of presenting it, with a focus on creating a sense of agency and engagement in readers.

This idea was inspired by the New York Public Library’s (NYPL) project, 'Insta Novels', which brought classic literature to life via Instagram Stories. The NYPL project, in combination with the Alternarratives open call, inspired John to think about how to use popular social media platforms to tell stories in new and interesting ways. John wants to push the idea of the Insta Novel, via multiple pages, to tell stories that are both interactive and innovative.

A branching narrative experience that melds classical English verse forms with 21st century MC lyrical styles. 'How to Live' is a modern morality tale about what can happen when you set yourself as someone who everyone else looks to for wisdom. Drawing on young adult themes of growing up, fulfilling your potential and taking care not to hurt others, 'How to Live' will have an illustrative style influenced by the Manga literature genre, which is popular with young adult readers and gameplayers. Designed to be an easily shareable talking point between readers, 'How to Live' will have a number of ways young adults can engage with it, including creating their own branching narrative social media stories, writing verse that draws on the past and future of the English language and exploring the themes of the story.

This project is an interactive, AI-powered reimagining of Shakespeare’s Romeo and Juliet, in which the reader becomes an active participant in the story, able to influence the actions and decisions that determine the direction of the narrative. On a new interactive storytelling platform, Charisma.ai, it will take the form of an iMessage, Facebook or WhatsApp-style group chat, allowing young people to engage with Shakespeare’s story and interact with his characters via a familiar, accessible medium. While incorporating iconic phrases from Shakespeare’s own dialogue, the writing will also modernise the text, drawing out the contemporary resonance of issues implicit in the original play (for instance, the toxic masculinity fuelling the Montague/Capulet violence). The reader-player will be cast as a character in three key scenes, and will be invited to take part in the conversation, asking questions and answering them in order to move through the narrative and potentially send it in new and exciting directions.

Those raised on interactive media can find traditional reading too passive. 'The Reader Remix' invites active participation in an audiobook by adding layers of music beneath the narration, which the reader can manipulate. The R&D period of this project will produce new spoken and musical content, and experiment with existing tools for their delivery.

A file lands on your desktop: the last documents of the journalist Angus Bead. A small town has been wiped off the map, and you must unravel what happened by searching through Bead’s articles, diaries, notes, strange stories and troubling testimony. Draw your own connections. Read like a detective.

'Project Earworm' is an immersive short story experience on your phone that tells the tale of Ayesha and a creature called Earworm. The Earworm reveals people’s true intentions through sound and music. Using small sections of text, chat stories, and immersive soundscapes with embedded audio cues the reader will learn the truth of Earworm and the secrets of those around Ayesha. The reader will also get to produce their own piece of music that will affect the outcome of the story.

This short story combines the written word with ambisonic, spatial audio, bringing a new layer of immersion to the act of reading. The dark, magic realism of 'The Garden of Earthly Delights' is designed to be accompanied by an ambisonic audio soundtrack, played through headphones linked to a phone or tablet. As the reader follows the words on-screen, the soundscape supports the narrative, locating, placing, and immersing them within the world of the story.

This project is a thrilling mystery told over social media. Through online clues, an anonymous teenager tries to uncover what has happened to his friend Jenna after she reaches out for help through her Instagram account. Infected by a digital parasite which has given her both the blessing and curse of the entire knowledge of the internet, she is trapped in a digital realm and needs help to escape. The story situates young readers in the role of an investigator who has to utilise online tools to piece together the narrative and free Jenna.