When Britain voted to leave the European Union, few people expected it would result in the UK becoming more like Germany, the country that runs the European show. But that’s what ended up happening, and it was in 2017 that the process really began.

Industrial strategy was the first step. Theresa May’s government decided that Britain’s ever-increasing trade deficit was a luxury that the UK, as an independent nation, could no longer afford. Already in 2016 Philip Hammond had begun to deviate from decades of Treasury orthodoxy by announcing £23 billion of investments into infrastructure, skills and research.

Over the course of 2017, the UK proved the Treasury view wrong by investing effectively in downstream R&D, identifying its real industrial strengths, focusing big government budgets like health and energy on innovation, and sowing the seeds for a revival of productive business growth. It had always been thought that these kind of policies wouldn’t work in Britain, but the bracing exigencies of Brexit inspired the government to have a go, and perhaps we should not have been surprised that they worked just as they had done in the past in places like America, Israel, Finland and, of course, Germany.

Westminster takes a back seat

The Teutonic shift was not just about economics. From a constitutional point of view, Britain also took a leaf out of Germany’s book. Scotland, unhappy at being ejected from the EU against its people’s will but still wary of the economic consequences of independence, leveraged its legal power over the Article 50 process to demand total devolution. Westminster’s power over English cities also receded: the gradual move to city-level government that began with the Northern Powerhouse gained momentum.

It quickly became clear that the patchwork of urban devolution created its own headaches: some cities had a devolved NHS, some had a city deal, some had a metro mayor. This was settled with a constitutional convention that established formal powers for city regions, codified Scotland’s devolution deal and did the same for Wales. The new deal was still a messy British compromise, but when one pundit heralded it as the Bundesrepublik of Great Britain, the name stuck.

For many of these cities, assertiveness paid off. Public investment was increasingly spread across the country, and places outside the South East saw the benefit. It turned out that a fair chunk of the North-South divide was not an inescapable fact of British economics, but the consequence of government after government favouring London.

Rebalancing worked, when we gave it a chance. London continued to be a global metropolis, but touch terms of trade with Europe and stricter migration rules dampened its swagger. But Britain’s other cities, buoyed up by transport investment and a greater focus on R&D outside the Golden Triangle, thrived. Rather than being a country where ambitious people went Dick Whittington-like to the capital, Britain began to feel a little more like a country with several buzzing cities – much as Germany itself has been.

The timing turned out to be fortuitous. The freewheeling global capital markets that played such a big role in London’s growth in the 1990s and 2000s had already begun to silt up after the 2009 crisis, lowering productivity in the UK as a whole. The shifts in the international order that began in Donald Trump’s first presidential term made life as an international finance hub less commercially attractive.

But Britain’s increasingly impressive industrial revival, to many people’s surprise, filled this gap and then some, and in particular reversed Britain’s ever-worsening balance of trade. Export-led growth became one of the government’s proudest economic accomplishments. (It was considered tactless to point out that in the decades before Brexit, it too was traditionally more associated with Germany than with the UK.)

All this was, of course, helped by the international situation. The surprising - though in retrospect, grimly inevitable - election of Marine Le Pen as President of France threw the EU into confusion, and made it easier to conclude a long-lasting transitional trade agreement with what remained of the EU. Industry breathed a sigh of relief that the complex European supply chains they relied on could go on indefinitely, and the date that the transition would end was elegantly fudged by all concerned.

The British government embraced its liberal tradition as a way of attracting highly skilled migrants to keep the economy ticking, both from the increasingly illiberal United States and from France. Britain and Germany, having seemed on a collision course at the end of 2016, found increasing common ground, striking accords on joint defence, trade and diplomacy.

For many of the politicians who supported Brexit, it was never meant to be this way. Leaving the EU was going to unleash English laissez-faire, turning us into a sort of North Atlantic Hong Kong. (Some of the opponents of Brexit thought the same, and didn’t like the idea.) For some Brexiteers, Germany exemplified everything they loathed about the EU. But in the end, Brexit brought Britain closer to Germany, economically, politically and constitutionally, and Britain ended up the better for it. Who’d have guessed it? 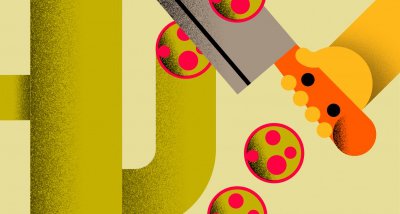 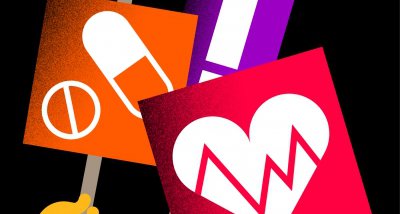