At the roots of collective intelligence

At the roots of collective intelligence

Catch up on our one-day conference on collective intelligence and the challenges of social cognition
14 Oct 2015
Nesta, 1 Plough Place, London EC4A 1DE

The notion of collective intelligence is increasingly being invoked in discussions of networked democracy, citizen science, group decision making, collaborative production, and e-health. How do networked publics work and thrive, by allowing collaborative platforms to emerge from the interaction of individuals?

The event was organised by the Collective Intelligence team at Nesta and The Human Mind Project team at the School of Advanced Studies of the University of London.

On the 15th October 2015 Nesta and The Human Mind Project brought together experts from the social and cognitive sciences, public policy and information analysis, to discuss what makes groups smart, and how collaborative platforms can generate results that individual agents cannot achieve on their own.

The first panel grounded the day's wide-ranging debate in case studies of recent and ongoing events in the political world. Paolo Gerbaudo and Arnau Monterde presented case studies of new social and political movements that were using social and digital technologies to enhance participation, representation, and decision making in politics.

Paolo Gerbaudo presented his work exploring how new digital parties such as the 5 Star Movement in Italy and the Partido X in Spain use both dedicated tools designed for participatory government, such as Democracy OS and Loomio, and generic social media tools such as Facebook or Twitter. He discussed the repurposing of commercial platforms for radical political purposes, and the compromises they made in negotiating different tools

A key point, which emerged repeatedly throughout the day's talks and discussion, was the challenge of balancing efficiency and legitimacy: as decisions are opened to more stakeholders in more detail they can become slower, more cumbersome, and so be overtaken by more exclusionary decision-making systems.

Arnau Monterde explored issues of identity and connections within the 15M Movement in Spain. We learned about how the connections between groups within organisations could be seen to evolve through detailed analysis of their online connections.

Collective Intelligence and the Roots of Social Cognition

Robin Dunbar and Chris Frith drew from social and cognitive sciences to discuss the structure and function of the social mind. Both of them gave warning about the potential obstacles for the development of collective intelligence.

Robin Dunbar set out the structure of social relationships that appear to remain consistent across human communities, through Facebook and Twitter, Plato's Democracy, modern armies. No matter the technology, these limits remain: but can we design modular systems around them?

Chris Frith brought up a key point, that would be returned to repeatedly, about the importance of assessing competency: collectives can be led astray by incompetent but quick, confident individuals, and if individuals' situations are affected by others' decisions we can see damaging information cascades.

The Components of a Plausible Theory of Collective Intelligence

Geoff Mulgan launched a paper on meetings and spoke about redesigning decision making processes. What are the components of intelligence, how can each be improved?

He looked at seven components of intelligence: Observation, Attention, Analysis, Creation, Memory, Judgement and Wisdom, provided examples of component which involved collaboration, and expressed ambition for improvement on each aspect, more work at synthesis, and better theory and language with which to describe these activities.

Hugo Mercier and Bahador Bahrami presented theories of decision-making. How do processes of collective deliberation work?

Hugo Mercier presented an argumentative theory of reasoning which suggests that reasoning evolved to argue with others and that we are better at reasoning in groups than alone. He had us work on a puzzle over lunch. We performed in line with most test groups, in that the vast majority of us got it wrong.

Readers who want to check their own answers can find it in Hugo's presentation below or the full paper available here. But the research suggests you should discuss the answer with others first.

Bahador Bahrami presented warnings about collective argumentation's vulnerability to social pressure: we do not argue in a vacuum, social influence impacts the power of different arguments. This can be ameliorated by ensuring equality and diversity of opinion amongst participants. He also spoke about the impact of collective decision making beyond accuracy- the forming of bonds, the sharing of responsibility.

Licia Capra and Orestis Palermos delved into the details of the development of different forms of collective knowledge, reflecting upon the crucial role of technology in the processes of collaboration and joint activity. Issues of diversity and representation came increasingly to the fore.

A fascinating and full day, for which we thank not only the generous speakers, but our lively audience, whose insightful questions and enthusiastic participation in breakout discussions were vital to the event's success.

As was remarked on repeatedly throughout the day, some of the greatest examples of collective intelligence come from collaborative art and performance, where the focus lies on developing relationships of trust, valuing equality and diversity, and bringing in wide variety of views, not being steered only by those in possession of confidence and power. It left us with much to hope and aim for.

Watch videos from the event. 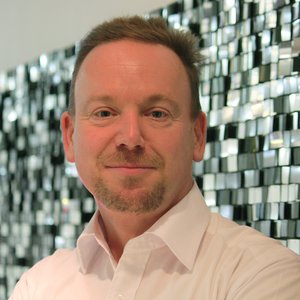 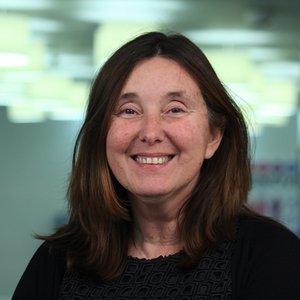