What stories would workers tell policymakers about the future of work if they got the chance?
01 May 2018
In Government innovation Innovation policy
4 min read 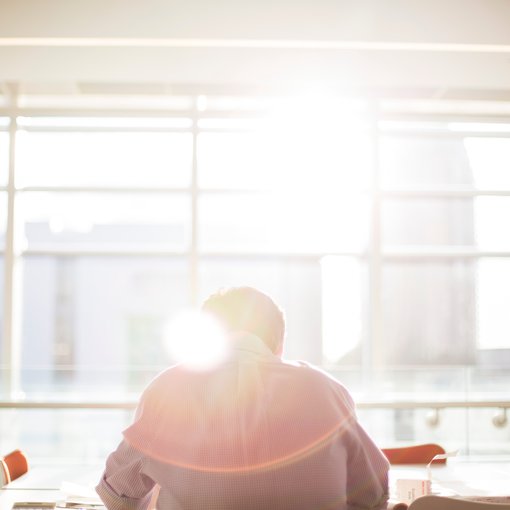 In a warehouse of a well known supermarket, Jack has a dilemma.

He needs to pack 300 items an hour, or he’ll get a third and final official warning. He can tell that he’s falling behind because the software speaking into his ear, which tracks his every move, has told him so. But the floor of the warehouse is strewn with empty wooden pallets, which he has been told not to walk over. He carries on packing, even though it's dangerous, because he can’t afford to lose this job.

Meanwhile, Laura is sat in the office of an architects practice. It’s 8pm and she’s staying late again to get up to speed on a new piece of software that’s just been introduced. The job is becoming much more software heavy, and she wonders whether she’ll be able to keep up in a few years.*

Retrocausality and the expectations of AI

An artificial intelligence revolution is sweeping its way through the world of work. On the one hand, companies are rushing to hand over management functions to software — recruitment, appraisal, and even employee wellbeing can be done by algorithms. Will workers have the ability to question or disagree, if they don't agree with the decisions of their new algorithmic managers?

On the other hand, the robots are also coming for our jobs, we are told, and this is causing anxiety for millions of workers who are worried that their hard-won skills will become obsolete and they won’t ever work again. While economists offer evidence that no technological revolution leads to less work in the long run, many voices have started to acknowledge the obvious: that technological revolutions can destroy individual lives. As the Governor of the Bank of England, Mark Carney, says on this subject: "Every technological revolution mercilessly destroys jobs and livelihoods — and therefore identities — well before the new ones emerge.

We’re now being told a story about the future of work which goes something like this: "If it can be automated, it should be. Efficiency, accuracy and productivity matter above all else. But there’s no need to worry, as well as ‘displacing’ lots of workers, AI will create lots of new jobs. Yes, we’re all going to have to become more flexible.

We’ll need to think of ourselves as lifelong students, constantly picking up new skills to keep up with the robots.

Some of us will probably have to lower our expectations too if we want to be employable in the future, so those ‘rights’ that you fought for, a minimum wage, pensions, breaks at work etc, they're probably going to have to go. We may even have to think about a future without work — the robots might be able to do everything better than you, so we can give you a basic income, and you won’t have to work. But it’s OK, because innovation will make everything cheaper!”

Policymakers hear stories like these all the time from tech companies, from entrepreneurs, from experts. They are presented as 'The Future', a foregone conclusion that policymakers and all us are just going to have to get used to.

There’s this idea in physics, with the fancy name of 'retrocausality', where the future influences the present. I don’t pretend to understand the theory, but this seems to be what’s happening to the world of work: a vision of the future is shaping how we think about work today — what work is for, how it should be compensated, what basic rights we think workers are due.

Stories of the future of work

The stories that policymakers hear today influence the future. So we want to help workers get better at telling their own stories about their working lives today and about their hopes for the future.

For the rest of 2018, we’re going to be experimenting here at Nesta with creative ways of engaging workers in a variety of sectors in discussions about the future of work that they want to see. Here are a few things we are planning:

Storytelling – We are planning to edit a collection of stories and essays about the future of work, solicited from people in a number of traditionally working class and also more modern, precarious jobs, e.g a warehouse distribution worker, an Uber driver, a cleaner at a city bank. Watch out for this publication later this year.

Digital debate – Later this year, we are planning to organise a large online discussion about the future of work. If you have a great platform that you think will help us do this, please get in touch.

Art - How can art be used as a way to engage workers in discussions about the future of work? We’re currently funding Doink, as part of our Everyone Makes Innovation Policy Programme, to work with young people across Birmingham to build a data installation that will explore ideas around future skills, and inform and influence the skills policy of the Local Enterprise Partnership. But we're also interested in finding out what others are doing. So please get in touch.

Games – Nesta is exploring the use of serious games and how they can influence policymaking. We plan to bring policymakers and workers together later this year to explore the future of work in a scenario-based game.

In a paper last year, the Nobel prize winning economist Joseph Stiglitz said: "We economists set ourselves too easy a goal if we just say that technological progress can make everybody better off, we also have to say how we can make this happen." We can't leave this up to economists and other experts. As changes sweep through the labour market, workers need to tell their own stories, and policymakers need to listen.

* These are the stories of real people that I talked to in researching this blog (names have been changed).