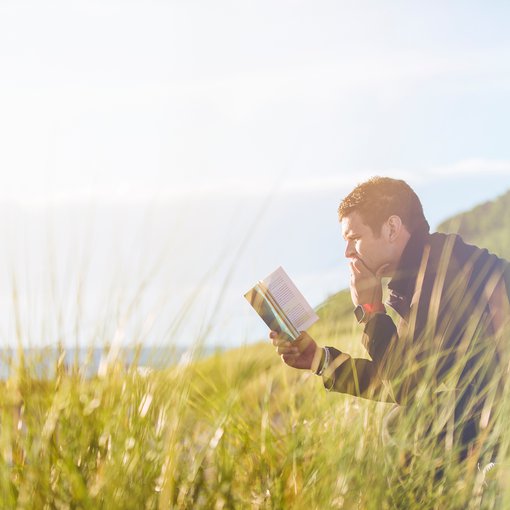 This month, we follow the virtual chase for a convicted criminal on social media (and see the crowd succeed), celebrate participatory budgeting, look into the unintended consequences of citizen science, and ask whether machines should run the world. As always, if you’ve come across any books, research papers, articles or other resources that you think we should have featured in this blog, please let us know in the comments below.

The crowd has once again demonstrated its power. The collective effort of over 60 Twitter users led to revealing the exact location of a convicted criminal who had escaped a Dutch prison in 2011 and has been on the run ever since, mocking the police with photos and videos on social media accounts. Twitter users, together with the Bellingcat research network, were using clues in the photos and videos on his Instagram account, reverse image search, and, above everything, the knowledge of the crowd to track the man down at a specific location in Iran. While he is still free due to the lack of an extradition treaty between the two countries, this cat-and-mouse game has once again demonstrated the power of the crowd.

The Twitter echo chamber. While Twitter is undeniably a great platform for connecting with new people, researching, reading stories, debating events and finding cat videos, a new study from the Pew Research Centre (focusing on the US) shows that you shouldn’t look to it as an example of collective intelligence. A small group create most of the content (10% create 80% of tweets), users are younger, more likely to identify as Democrats, and have a higher education and income than the national average.

Participatory budgeting = more people paying taxes. There is already a lot of evidence on the positive impact of participatory budgeting on areas such as community empowerment, transparency, wellbeing and political participation. However, a new study from the World Bank, shows that it could also help tax men and women around the world. Looking into the use of the model in Brazil, the study found that municipalities that adopt Participatory Budgeting programs collect 39% more taxes than similar municipalities without such programs. We’ve also been studying this new map documenting the spread of Participatory Budgeting in the US and Canada. Will there be a global version?

Open data forced to go hidden. Unintended consequences of wildlife enthusiasts sharing the whereabouts of different animal or plant species on citizen science platforms have left the platforms with no choice but to hide certain wildlife from their databases, starkly contradicting their original belief in and fundamental purpose of being open and transparent. But open source projects like eBird or iNaturalist have made it much easier for poachers to track down endangered species and use the data provided by citizen scientists in a harmful way. A good example of how the internet is just a tool - it all comes down to how it’s used. However, in spite of the risk of misuse, the benefits of citizen science and crowdsourcing by far outweigh the risks. This month we’ve been inspired by this story on how crowdsourcing seeds can help farmers adapt to climate change in Ethiopia and other developing countries.

Who should steward our data? How can we make full use of the value of data while protecting people, communities and organisations from potential harms? The Open Data Institute looks into this question in its new report on data trusts, concluding that they could be a useful instrument to increase access to data while retaining trust. If you’re keen to learn more about data trusts and the benefits they bring, we recommend this very insightful and accessible read.

How did human complex societies emerge? A new study has challenged the so-called ‘big gods’ hypothesis, which suggests that humans are more likely to cooperate fairly if they believe in punishing supernatural agents (such as gods, or karma). The team of researchers systematically coded records from 414 societies that span the past 10,000 years using Seshat, a global history and archaeology database to test rival social scientific hypotheses which is populated by experts all around the world. While their work confirmed an association between moralising gods and social complexity, it revealed that contrary to previous predictions, beliefs in big gods are a consequence, not a cause, of the evolution of complex societies. The study suggests that participating in religious rituals may have been more important than belief in moralising gods for first promoting cooperation.

Should machines run the world? We are a big fans of Hannah Fry and recommend anyone interested in understanding the opportunities and challenges in human and machine collaboration (a key component in the design of collective intelligence) to read her book from last year Hello World: How to be Human in the Age of the Machine. However, for those with less time on their hands we recommend this excellent 36 minute talk by her at the Royal Institution from November last year.

Staying on the topic of humans and machines, we also enjoyed this new paper which argues that a key factor in automation is designing algorithms that don’t just automate, but can decide when to automate and when to delegate or share task-solving with humans.

Our friends at the Alan Turing Institute have also just announced the ESRC-Alan Turing Institute Joint Fellowship scheme to design and do innovative research on what data science & artificial intelligence can do for public policy and urban analytics . Apply by 6th of June.

📬 We now have a brand-new bi-monthly collective intelligence newsletter.

Sign up if you're curious about what's going on at the CCID at Nesta and in the world of collective intelligence more broadly.
Part of
Centre for Collective Intelligence Design

What we're reading and listening to on Collective Intelligence