Join the Next Generation Internet initiative in London this weekend: On July 6 and 7 UK, we at Nesta host our bi-annual FutureFest festival, which brings together over 4,000 participants to think about challenges of the future, both through talks and panels, and through interactive installations. 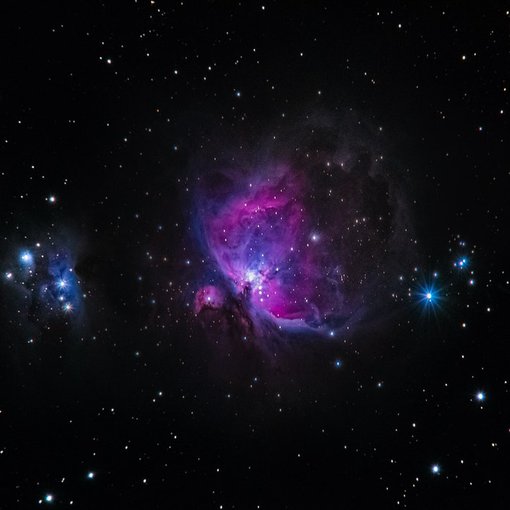 As part of the Next Generation Internet initiative, we have planned six dedicated talks covering different aspects of the internet, from promoting diversity in tech, building new internets from scratch to the rise of the alt-right, featuring some of the most thought-provoking commentators on the internet today.

The events won’t be livestreamed, but podcasts and videos of each of the sessions will be posted online at a later date. If you want to be notified when these videos go up, sign up for the NGI Research newsletter here to be the first in the know.

Learn everything about the panels and our exciting speakers here:

Artificial intelligence has rapidly emerged as a topic of immense interest not just for economists and entrepreneurs but also for observers and practitioners of international relations and geopolitics.

While in 2017 Vladimir Putin famously proclaimed that whoever controls AI will eventually control the world, today's technology battle between just two players: the United States and China. Washington and Beijing boast two of the most powerful technology industries in the world, each with impressive valuations and vast troves of data. Each pursues an original model: while the US continues with its more decentralized, uncoordinated approach, China leverages all the might of its central government to pursue an industrial strategy that puts AI at the center of its economic model.

What are the implications of this centralization of global power over AI? And is there still hope that other actors - the EU, Russia, India - might still catch up and what are some of the strategies that might enable them to do so? And what are the implications if they do not? Is there a possible alternative model that does not presuppose strong governmental control over data and AI as in China but does not succumb to the temptations of what some have called "surveillance capitalism" as in the US?

We will hear from technology critic and journalist Evgeny Morozov and John Thornhill, Innovation editor at the Financial Times.

The internet isn’t where we want it to be. With power increasingly centralised in the hands of very few players, citizens have little say in where we want the internet to go next. But challenging existing dynamics won’t be easy: we find ourselves caught in the crossfire between the dominant American models (driven by Big Tech) and the increasingly powerful Chinese model (where government reigns supreme). Is there scope to create a third, European model, where citizens and communities are in charge?

In this session, we discuss alternative trust models for the internet. This session is part of the European Commission’s Next Generation Internet initiative. We will hear from Manon den Dunnen, strategic specialist at the Dutch National Police, Ian Forrester, Chief Firestarter at BBC R&D and Marta Arniani, innovation strategist and founder of Futuribile / Curating Futures. Chairing will be Katja Bego, senior researcher at Nesta and coordinator of the Next Generation Internet Engineroom project.

As we mark Marx’ bicentennial, is it time for the zero-hours workers of the world to unite? The parallels between the 19th century archetype of the proletariat and today’s (digital) precariat are stark. Is there such a big difference between the draconian factory owner and mandatory wristbands tracking workers’ every move? One-strike-and-you-are-out attendance policies vs a single two star review ending a gig economy workers’ chances of work?

Rapidly falling labour standards in the digital economy, with young people finding it increasingly hard to find quality and meaningful work, are quickly becoming the norm in the low-wage economy. In this session we discuss what the future of digital labour might look like (what will it be like to live and work in a world where our boss is an algorithm?), and which more human-centric alternatives we would like to see instead.

We will hear from Izabella Kaminska, editor of the Financial Times’ Alphaville, James Bloodworth, author of “Hired: Six Months Undercover in Low-Wage Britain”, economics journalist and blogger Frances Coppola and Karen Gregory, Lecturer in Digital Sociology at the University of Edinburgh.

There have been many essays and columns, as well as multiple books written recently on the crisis of liberalism since Trump's election and the broader rise of populism, from writers like Edward Luce and Patrick Deneen. At the center of these debates as they have played out online, in different political milieus on the left, right and classical liberal center, has been a consistent theme of progress. Angela is going to trace these debates through imagery, slogans and memes as they've played out online and ask what these tell us about how the debate about the existence and nature of human progress is likely to play out.

We will hear from Angela Nagle, author of “Kill All Normies” and essayist for The Atlantic, Jacobin and The Baffler.

The internet now permeates almost every aspect of our lives, affecting us all, but the voices who get to shape the internet remain largely white and male.

Failing to take different perspectives into account in the development of new technologies creates risks us perpetuating existing inequalities,, and also causes us to lose out on many radical reimaginings of how the internet could work better for a greater number of people.

It is often forgotten that most of the first computer programmers were women, as were many of the most prescient critics of the power of Big Tech. #blacktwitter is a powerful force shaping dominant internet culture. Without the inputs from internet users with physical impairments we wouldn’t have the voice technology underpinning Siri or Alexa; there is a lot to be learned from the ways users from countries with more restricted internet access have come to shape their internets.

In this session, we discuss how we can ensure the voices that shape the internet are more diverse, and what a more intersectional future internet might look like. We will hear from Jillian York, the Director for International Freedom of Expression at the Electronic Frontier Foundation, author, and activist, as well as from Marie Hicks, historian of technology and author of “Programmed Inequality”, Melody Patry, Advocacy Director at Access Now, and Laura Kalbag, designer and founder at Ind.ie and author of “Accessibility For Everyone”.

The Internet was meant to be for everyone. Instead, today it is for corporations and governments. They use it to monitor our lives, profile us, and manipulate and exploit our behaviour for financial and political gain.

What was supposed to be public space is now private property. On the Internet, there are no parks, only shopping malls. We’ve lost our public sphere. In its place we find surveillance capitalism, the Trojan Horse gifted to humanity by Silicon Valley and its venture capitalists. This is the realm of the Googles and the Facebooks and the countless startups that want to either be them or be bought by them. Needless to say – and as graphically illustrated recently by Cambridge Analytica – this state of affairs has dire ramifications for our privacy, freedom of speech, and democracy. Thankfully, another path forward is possible. Small bands of rebels like us are working to create ethical technologies that are free and open, decentralised, and interoperable. We are designing new everyday things that are owned and controlled by individuals, not corporations or governments. Whether or not these alternatives exist (and are allowed to exist) will mean the difference between living in a democracy or a new digital feudalism. In this talk, Aral will outline the problem with surveillance capitalism and explain how we can avoid it to build a People’s Internet starting right here in the EU.

We will hear from Aral Balkan, cyborg rights activist, designer and developer, and co-founder at Ind.ie.