FutureFest is a celebration of our power to shape the future.
14 January 2020
In Futurescoping
3 min read 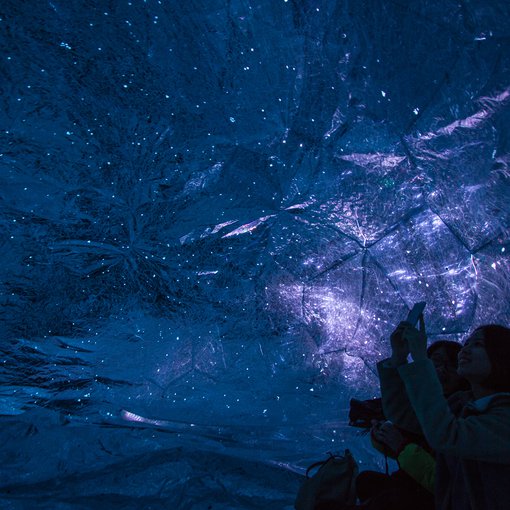 On 20 March 2020, the festival will bring together over 80 speakers, immersive experiences and interactive performances. Here are ten reasons you can't miss it.

The iconic British documentary filmmaker and journalist, will be asking, ‘Is the world getting weirder?’ Drawing on his experiences of chronicling the fringes of society, he will examine if people will become more homogenised in the future due to our increasingly globalised, hyper-connected society. Or, as extreme beliefs like flat eartherism are given a platform, might the future see the rise of the weird? 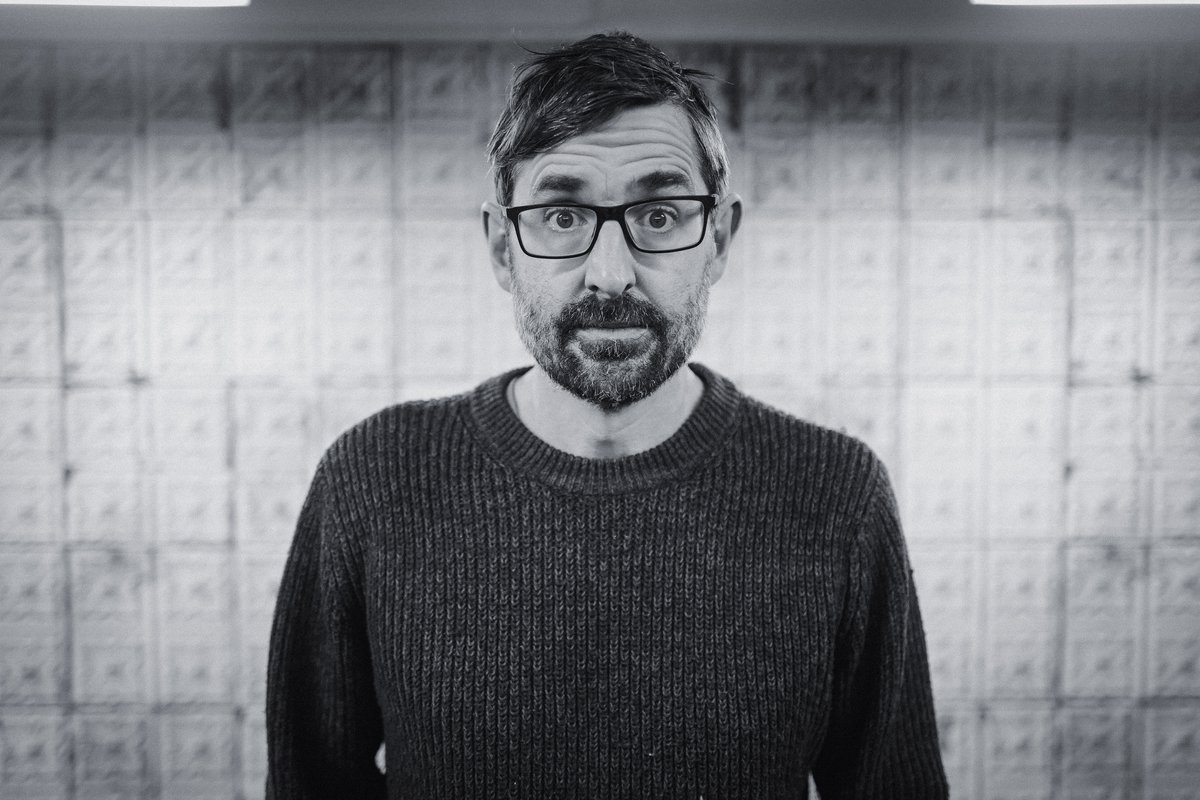 How will we connect with each other in the future? Inspired by research that explores whether intimacy between two strangers can be accelerated by having them ask each other a specific series of questions, this critically-acclaimed, interactive, theatrical experience should not be missed.

For the first time at FutureFest 2020 we will be hosting a Long Conversation. Over 30 surprise speakers will take it in turns to interview and be interviewed in an epic relay race that will challenge your perspectives and leave you feeling inspired about the future. You’ll hear from people like activist and writer Kajal Odedra from Change.org and physicist Dr Jess Wade, who has written Wikipedia pages for nearly 700 female scientists. There will be slots from economist Leigh Caldwell, artist Anette Mees, Drag King Adam All, as well as appearances from founder of Change Please, Cemal Ezel, and feminist artificial intelligence researcher Josie Young.

Do you wish you could switch off and gaze upon the night sky? Osmo is an inflatable infinity space crafted from mylar; NASA space material that reproduces the cosmos and shields from wifi and phone signals. So climb inside, disconnect from the outside world, and enjoy a re-creation of the visible universe with nearly 9,000 chartered stars and the ambient sounds of outer space. 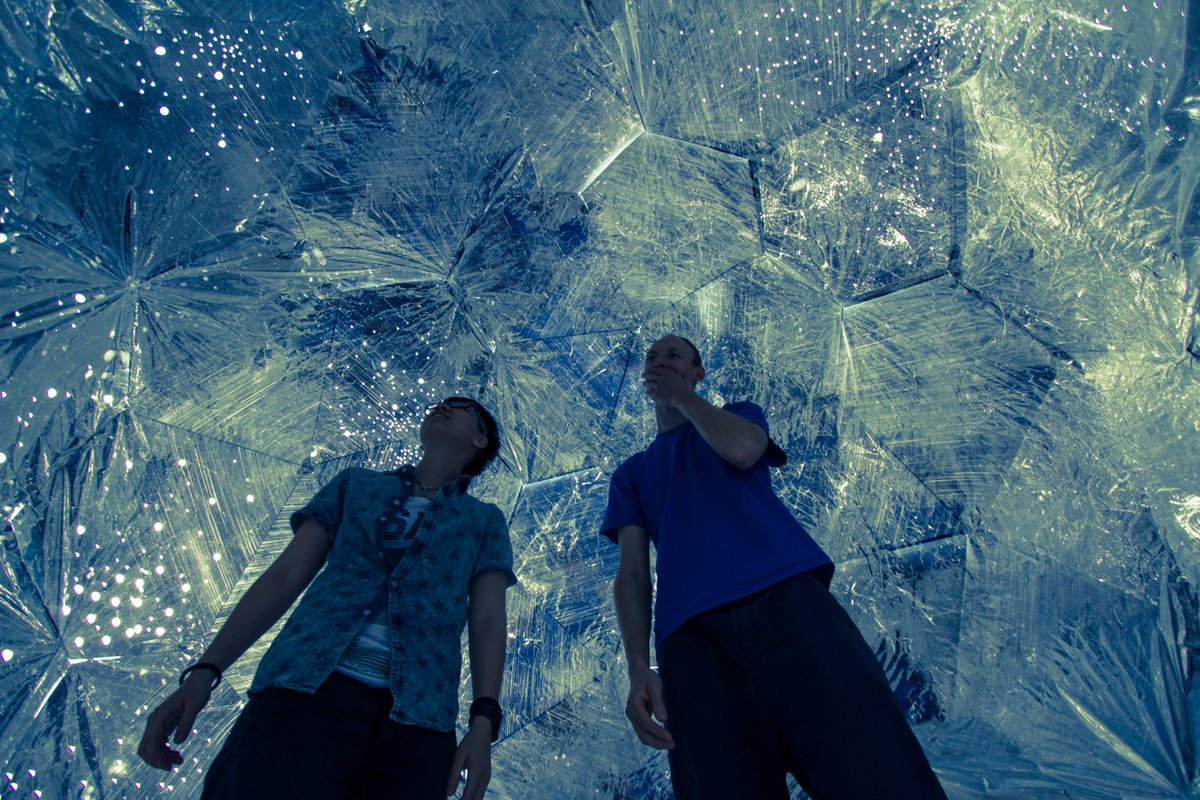 Osmo by Loop PH. One of the experiences at FutureFest.

The climate is in crisis and we need action to prevent the worst case scenarios. But how do we solve the defining issue of a generation? Are Extinction Rebellion mass protests and civil disobedience the answer, or should we turn to techno fixes such as installing giant space mirrors to reflect the sun? Find out in this panel discussion with writer and activist George Monbiot, Extinction Rebellion co-founder Gail Bradbrook, Associate Professor of Science and Technology Jack Stilgoe and British physicist and academic Jo Haigh.

The writer, director, actor, presenter and comedian (plus amateur dentist) is a man all of us would trust to take us to a successful future, not least because we think he might be from there. In a future that looks increasingly homogenised and metric-led we’ll be asking him how to foster creativity and originality.

In the future, either we find a way to live in balance with our fellow species on this planet, or we all sink together. Join writer and performer David Finnigan to plan a game-changing raid on London’s Sea Life Centre. In this interactive performance inspired by his work with biologists and zookeepers, he will invite you to map out the detailed logistics for this once-in-a-lifetime animal heist. At the end of it, you’ll be fully equipped to carry out your own high-risk guerilla rewilding activity. 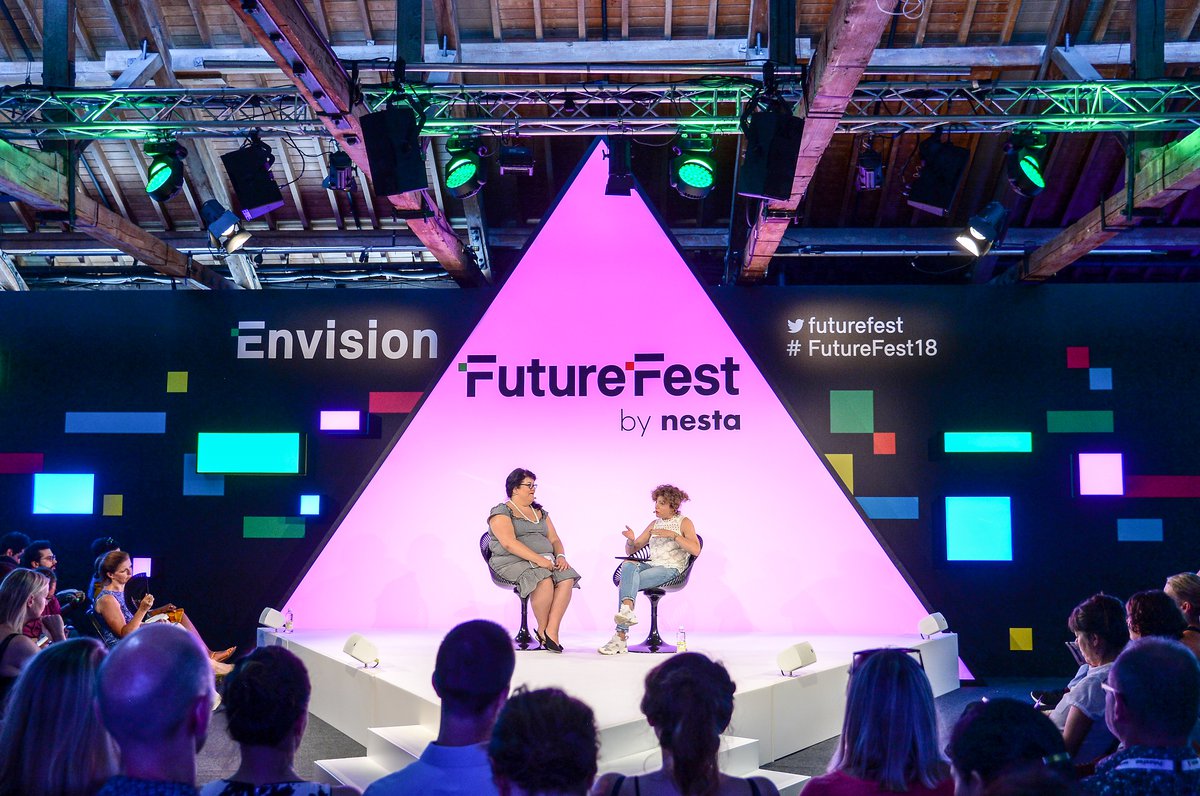 Is your glass half full or half empty? If optimism led the world to war, inequality and the climate crisis, then can pessimism save it? Award-winning British-Turkish novelist and TED-speaker Elif Shafak will be on our main stage to challenge your view of the world and the future.

9. A young person’s guide to the future

The school climate change strikes inspired by Greta Thunberg in early 2019 made one thing loud and clear: more and more young people are ready to tackle some of the most pressing issues facing our planet. In this panel discussion featuring Clover Hogan and managing director of RevolYoution Rasheeda Page-Muir, each young speaker will bring their own key lesson for surviving the future.

Could an advert convince you to give up your freedom? Tone of Voice is an interactive performance that explores the terrifying modern world of advertising and marketing. Join award-winning comedians Adam Larter, Joz Norris and Ellen Turnill-Montoya as they explore and improve the world of advertising by pitching a succession of hilarious and ridiculous ideas to solve the problems of the future.

These are just some of the highlights at FutureFest 2020, visit the website to explore the festival programme and book your ticket.