In a world of changing work, automation, the gig economy and longstanding unemployment challenges, we give five examples of how technology is delivering social impact.

The nature of work is changing rapidly; we are undergoing a transformational shift which we haven’t seen since the industrial revolution.

On the one hand, the emergence and increasing sophistication of artificial intelligence is already beginning to automate jobs, and will continue to do so; by some estimates, up to half of jobs could be at risk of automation in the next 20 years. Research suggests that jobs dependent on creativity and collaboration will be the most resilient to automation.

The digital revolution also means that new skills are needed by the workforce of the present and the future; people need to be able to use technology, but also to understand how it works, to think critically about it, and to make technology. Digital exclusion is still a huge problem across Europe; in EU countries, only 76 per cent of people use the internet weekly, 45 per cent lack basic digital skills, and 16 per cent have never used the internet. In many cases, this prevents them from being able to work - and this is a problem which only become worse as digital skills become ever more essential to work.

At the same time, since the financial crisis - and even before - we have seen work become more precarious for millions across the continent, due to the decreasing power of unions, growing part-time employment and zero-hours contracts, and platform-enabled gig work. Meanwhile, modern slavery is still a reality for millions around the world, especially in developing countries.

Other long-standing issues are still pressing, such as (re-)integrating groups like former offenders, migrants and mothers into the workforce, providing education for excluded groups and reducing the attainment gap between the better-off and the worse-off. Finally, several countries have seen budgets for education, especially technical and vocational education, cut since the financial crisis and through the period of austerity since.

In the face of these multiple challenges, it’s inspiring to see so many initiatives across Europe working to improve education, skills and employment for citizens. Here are just a few of them.

In 2016, Roma Makers, one of Italy’s first makerspaces, set out on an ambitious project to set up makerspaces within 20 schools in Rome. Set up in 2013, Roma Makers has become a hub for designers, hobbyists and creatives. Its founder, Leonardo Zaccone, wanted to increase public engagement in the maker movement, particularly from young people, and worked with schools in the Italian capital to set up mini-makerspaces equipped with digital fabrication tools and the daily support of at least one skilled “minimakers trainee”. Since launching, children have created projects such as modelling their neighbourhoods and creating household decorations. Roma Makers therefore hopes to equip a young generation with the skills and motivation to take part in the maker movement, to contribute to a more sustainable environment, and to solve social challenges through new technologies. 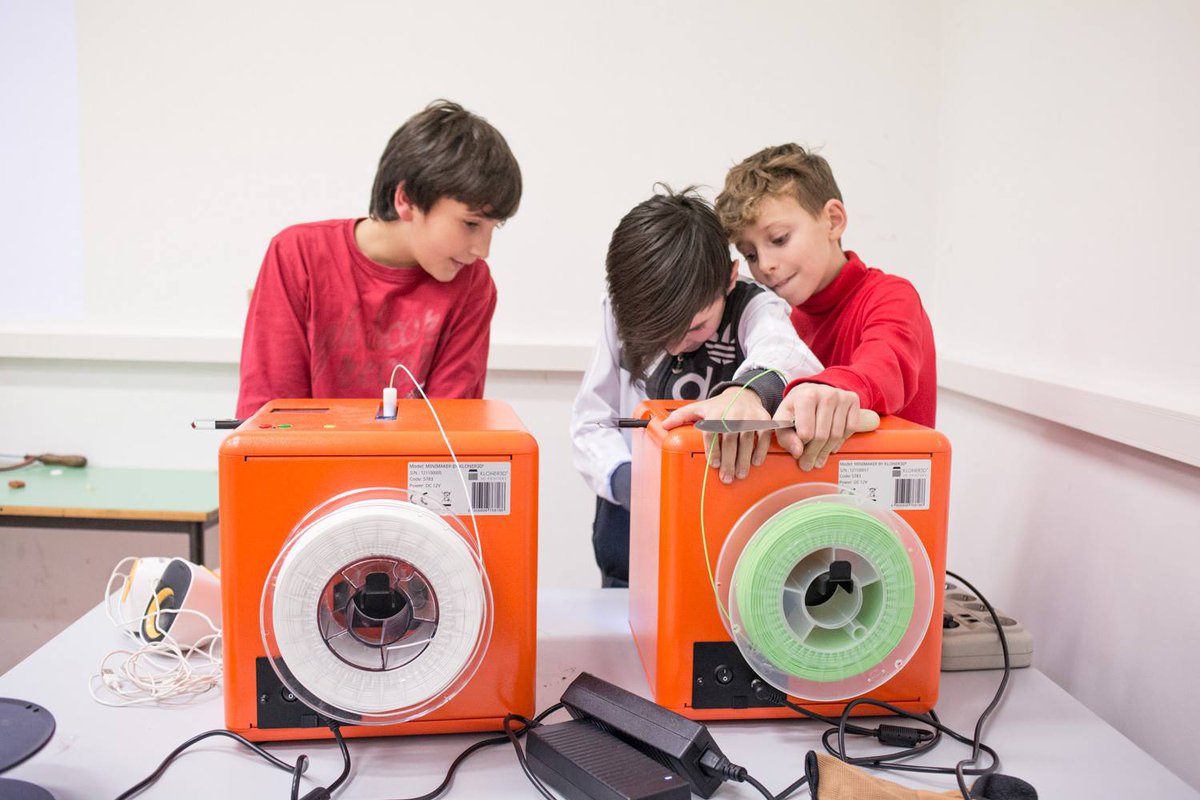 Schoolchildren working in one of the mini-makerspaces set up by Roma Makers. Roma Makers is profiled more extensively on the DSI4EU website.

FRSI: Providing digitally excluded people with the skills they need to thrive (Poland)

FRSI (Fundacja Rozwoju Społeczeństwa Informacyjnego, or Information Society Development Foundation) is a Warsaw-based non-profit which has been working since 2008 to help rural communities thrive in a digital age. Focusing particularly on the power of libraries, FRSI leads the Library Development Program which has modernised 3,800 libraries across Poland to transform them into modern, multi-functional information, cultural and education centres stimulating civic involvement. It has also reached 34,000 people through its Get Online Week campaign and runs the annual Sektor 3.0 conference in Warsaw, which brings together charities from across and beyond Poland to understand how they can use technology better to achieve their social missions.

Although we often think of slavery as a thing of the past, modern slavery continues to be a scourge on our societies: there are an estimated 45.8 million slaves worldwide today including 18.4 million in India. Many in South Asia work in brick kilns, which have become hotbeds of slavery where almost 70 per cent of people are working in bonded and forced labour conditions, and a fifth of workers are children. But these sites of modern slavery can be hard to locate, and Slavery from space sought to address this challenge. It was a crowdsourcing project run by the University of Nottingham Rights Lab using the Zooniverse platform, through which volunteers classified over 400 locations of brick kilns where slavery is likely to be happening using satellite images. These findings can help aid providers and policymakers, but given the scale of the challenge the team is now working to use the crowdsourced data to train a machine learning algorithm which will then be able to automatically identify brick kilns across the region.

A screenshot from the Slavery in Space project, where volunteers identified brick kilns through satellite imagery.

Apps for Good runs creative learning programmes for young people to inspire them to make the world a better place through technology. Through the programmes, schoolchildren work in teams to learn how to research, design and make digital products (particularly mobile and Facebook apps) which address a social challenge and take them to market, supported by their teachers and external developers and experts. For many participants, the highlight of the Apps for Good programme is the annual Apps for Good Awards, which bring together the top student teams from across the UK. The teams compete to win commercial backing from Apps for Good’s partners to launch their products in the marketplace. Since launching in 2010, Apps for Good has reached over 75,000 pupils worldwide.

Techmums is a five-week course for women who want to learn new technology skills which can equip them for the workplace. Since its founding in 2012, it has developed a classroom-based course which teaches skills all the way from basic IT to programming and app design. It also boosts women’s confidence and provides them with a supportive environment to help them prepare for work after having children. Techmums has an ambitious goal to reach one million women by 2020 and to this end is also developing an online course.