'Startup culture' exists, but we should not imagine that it represents the majority of startups.
01 May 2018
In Innovation policy
5 min read 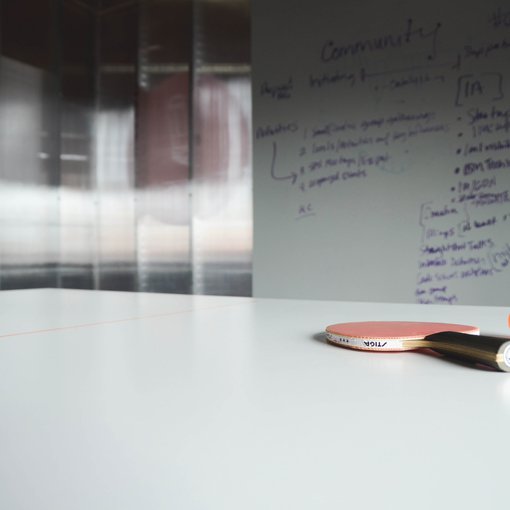 If you work with startups, you know what I mean. The table football. The bean bags. The bar of craft beers. The pizza parties. The wacky job titles. The bare brick and exposed ductwork, scattered with avant-garde art. The hoodies and the sneakers.

‘Startup culture’ is undoubtedly a thing, nurtured by innumerable accelerators and coworking spaces, and gently mocked by observant TV series like Silicon Valley.

Why this arises is understandable: Young firms, in contrast to established businesses, operate more in ‘explore’ mode than ’exploit’. They benefit from open communication and a flat hierarchy, which promotes a free exchange of ideas. Periods of intense work often create a collegiate atmosphere, where individuals can help keep each other energized. Creativity is valued more than conformity. Irreverence towards existing practices may enhance innovation.

For obvious reasons, startup accommodation tends towards cheaper real estate: the industrial chic is usually trying to make a virtue out of necessity. Moreover, since there is evidence that serendipitous interaction and peer-learning is beneficial, many spaces deliberately encourage the mixing that leads some accelerators and coworking spaces to resemble student common rooms.

But in addition to this, there also seems to be a component of fashion: a sense of creative cool. The disruptive entrepreneur as social hero or rebellious rock-star. 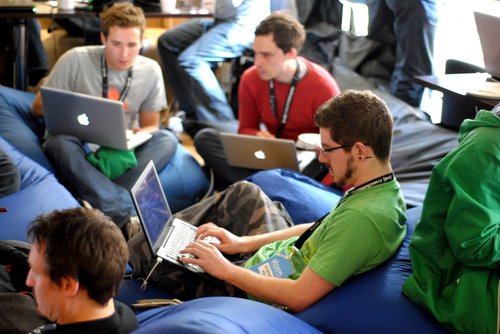 This image is consciously crafted by some. For instance, Get in the Ring is a competitive pitching competition styled as a boxing match, deliberately intended to make it more fun and ‘showbiz’ for spectators.

Yet I do find myself wondering: do those of us who work in this space encourage these perceptions too much? Is the startup scene - for want of a better term - too ‘Googley’?

(I don't use that term to knock Google or Google for Entrepreneurs - whose Campuses have been tremendously helpful for startups across the globe and who, for disclosure, are supporters of Nesta’s Readie initiative - but because the firm is known for a distinctive culture, which clearly has drawn many others to emulate it.)

I ask this because of four concerns: biases in the popular perception of startups; that some cultural components may ultimately be unhelpful for those young firms; that it attracts people for the wrong reasons; and that it might actually dissuade others.

Let me expand on these:

First, in my view, there is a danger that the more noisy, publicity-hungry startups are taken to represent the much larger startup population. For some firms – particularly young, B2C, digital businesses – speed of growth is (almost) everything, which naturally encourages a certain type of behaviour, tending towards hype.

However, many other firms – particularly those with non-software technologies whose time-to-market is measured in years rather than months – have absolutely no desire to raise their profile. Indeed, many intentionally operate in ‘stealth mode’ for as long as possible, crafting patents that are deliberately vague and releasing the bare minimum of information so as not to alert potential competitors.

We need to encourage both types of firm, and so policymakers need to be aware that the brash young things they encounter in Shoreditch are not representative of all startups.

The brash young things of Shoreditch are not representative of all startups.

Second, we need to remember that differences in culture are a double-edged sword. In some cases, they are precisely one of the reasons why corporates want to work with startups – to rejuvenate their own organisation and spark different thinking.

Yet, at the same time, cultural differences are also a core reason why such collaborations are difficult to get right – and several of the corporates in our SEP programme reported that startups were, in their view, insufficiently aware of the importance of corporate culture in ensuring a good fit and improving the ability of innovation managers to ‘sell’ a collaboration internally.

The story of IBM’s first meeting with Microsoft is an illustration of how successful partners go out of their way to bridge the cultural gap. Support programmes are failing inexperienced entrepreneurs if they do not help them to understand this, and explain that the number of meetings where it is credibility-enhancing to turn up with lightsabers (sadly not apocryphal) is actually quite low...

Third, I cannot help but feel that the ‘rock star’ element of startup culture encourages some people to want to be startup founders for the wrong reasons, such as to have a business card which reads ‘CEO’, to be rich and famous, to have the freedom of answering only to themselves, or simply to have more fun.

These reasons may form part of the attraction, but are not sufficient. Rather, many experienced and successful entrepreneurs say that the things which carried them through the inevitable dark times was something more purposeful, like their deep passion for the business they created, their commitment to their staff, or because they genuinely wanted to change the world and needed their company to do it.

(Many add that they had far more constraints and responsibilities, once they had to start thinking about customers, staff and shareholders). Fun helps, but it is hard work which builds companies.

Fun helps, but it is hard work which builds companies

Fourth, I fear that some of the events and institutions created for young, digital startups might put off older, ‘silver entrepreneurs’. There is a popular perception of entrepreneurship as a ‘young person’s game’, requiring attributes associated with youth, like being a ‘digital native’, having a passionate belief in one’s ideas (often to the point of obstinacy), the energy to work ridiculous hours, imagination and the willingness not to be constrained by established ways of doing things, and perhaps even a certain naivety about the challenges ahead.

Entrepreneurship provides an important option for some older people to remain economically active – not only as founders, but also as advisors, mentors, non-executive directors, and so on. And based on demographic trends, it is clear that ‘we need to get the best of people for a longer period’ (to use the words of the chair of the Scottish Growth Commission). However, if older people think they don’t ‘fit’, or if the available support is poorly targeted, their skills and experience will be wasted.

We need to get the best of people for longer

On the other hand, maybe some of these concerns are overblown.

For that reason, I would much rather that entrepreneurs were considered the new rockstars than be saddled with the perception – still too prevalent in pockets of Southern Europe and elsewhere – that entrepreneurship is a choice only for people who cannot get a ‘proper’ job. If our social perceptions of entrepreneurs encourage more people to unleash their own ideas, that’s great.

Though you wouldn’t guess it from visiting many startup events, the typical early-stage entrepreneur in the UK is aged nearer 50 than 20 (median age 39, according to GEM), whilst a recent NBER paper finds that, in the US, the mean founder age for the fastest growing new ventures is 45.

The reality is that many of the attributes associated with older workers – such as business experience, networks of contacts and other social capital – are hugely valuable for entrepreneurship and innovation. Indeed, a recent study of the demographics of American innovators suggested that rates of innovation actually peak between the ages of 46 and 50.

Furthermore, as Nesta has reported some time ago, entrepreneurial activity among the over 50s is increasing; this is supported by research last year by the Centre for Economics and Business Research (CEBR) and Hitachi, which found that a rising proportion of the over 50s are choosing self-employment and entrepreneurship, and that for the first time, businesses run by over-50s employ more than those run by under-50s (in 2009, it was approximately half).

Given the existing success of older entrepreneurs, then, perhaps it is right that more accelerators and other programmes are devoted to the younger founders, and tailored accordingly. (As I’ve written elsewhere, there are some very sensible reasons to encourage people to start their own business when they are young.)

I just hope that policymakers and entrepreneurs alike don't let themselves be too swayed by 'startup culture', and remember that the real world is somewhat different.

Hero image from Pexels and side photo by @Helloimnik via Unsplash