The trade-offs we make when running a lab are not a dirty secret but something we need to be more open and honest about, their success depends on it. 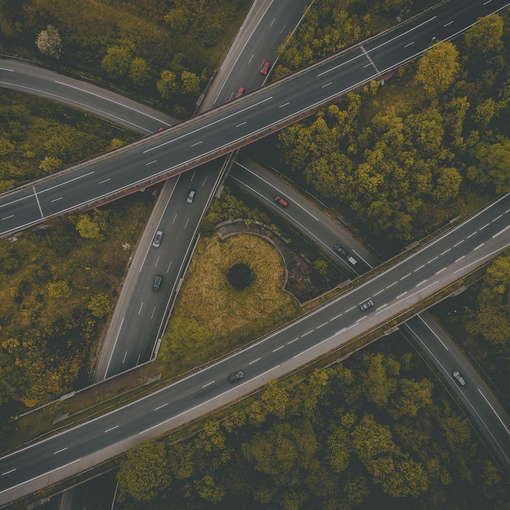 I worked at MindLab. It was once a pioneering example of government work done differently; a chemistry lab of sorts where normal rules didn’t apply. Working there, we experimented and used new methods to create better government services for citizens and we, of course, sought to apply a different mindset to the work of government. But MindLab’s gone. It couldn’t survive.

The end of MindLab wasn’t the end of labs. Around the world hundreds (maybe thousands) of new innovation teams and labs are being set up, some of them extremely exciting ventures in terms of ambition, focus and scale. Many others only just about cling on, without the support they need or the know-how necessary to really make a difference.

I’ve worked with innovation labs and teams around the world trying to carve out their niche - their mission and purpose - in a climate that has seen them go from being in vogue, to past the peak of inflated expectations. Labs were once seen as a silver bullet, a magic wand radically re-thinking and doing the work of government differently.

Many labs are set up to fail

Some labs are founded as the pet projects of politicians, others mere symbols of innovation, talking a good game while not walking the walk. In either case, they’re often struggling to affect any significant change. From the start, many are simply hamstrung; no resources, little internal legitimacy, or weighed down under the same bureaucratic accountabilities that prevented innovation in the first place. Others are mismanaged tactically or politically. We need to be open and honest about all of this and learn from it, together.

This happened with my old employer, MindLab. It’s success came from its laser-like focus on specific policy areas, such as the future of employment or education systems. Part of its credibility came from that deep understanding and experience of specific systems from a citizens’ and policymakers’ perspective. No-one else in government could make that claim.

So as MindLab shifted to be more flexible, where every team member was able to work on any subject, with any department, it unwittingly undermined its own success. It no longer had the subject matter expertise it was known for. It made a trade-off without fully realising the consequences. Which is why, as an institution close to my heart, I want us all to be talking about what these trade-offs are.

There’s no perfect way to run an innovation lab or team in government. So let’s not talk about best practice. My context is not your context, and the pressures I’m under are not the same as the ones you’re under. Although we’ve perhaps all been longing for one, there’s no road map for any of this.

Time to dust off an idea that began with my colleagues at MindLab; and has been developed into a resource called the “wheel of trade-offs”. It is a tool we’ve used at Nesta with government innovation labs and teams around the world to do three things: 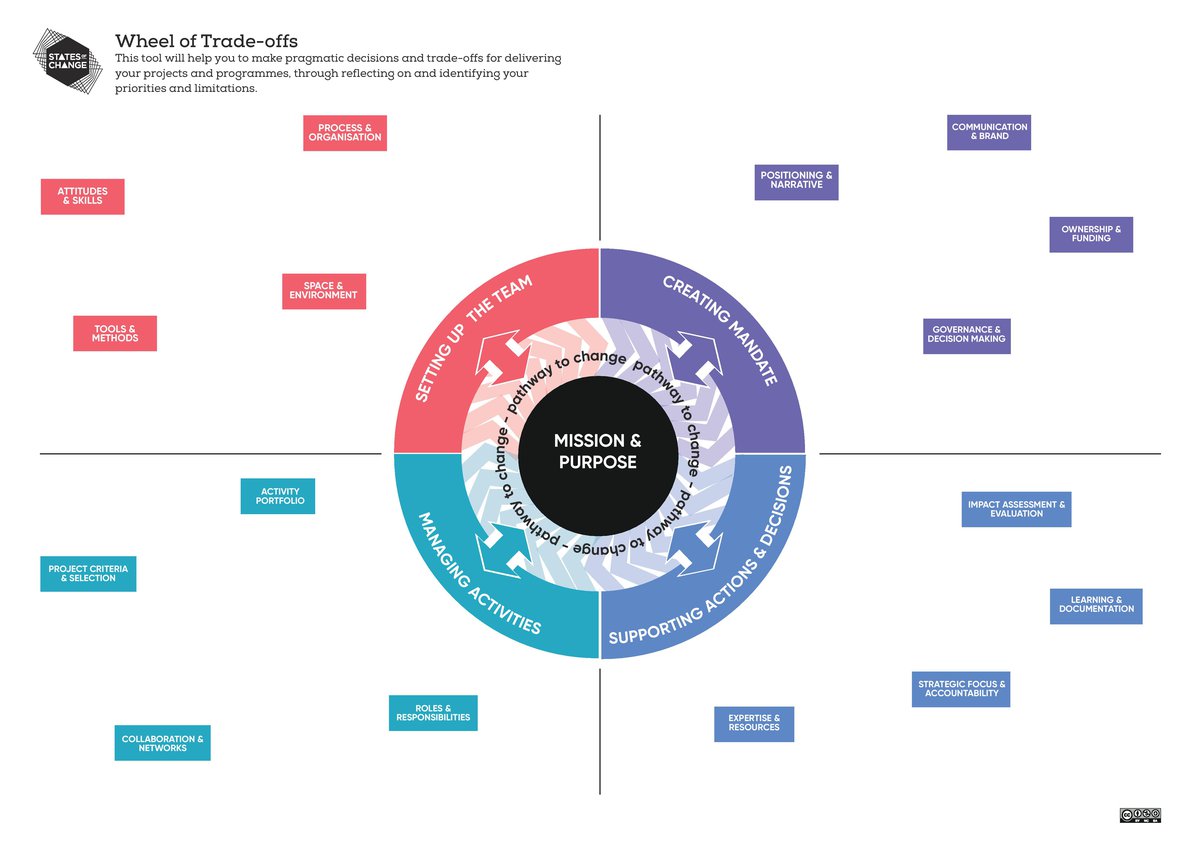 The wheel of trade-offs courtesy of States of Change

You can also download the 'wheel of trade-offs' as a pdf.

The first is strategic, how and why you position the lab. Position it well and your mission and purpose is clear and concise. You know exactly what you are not doing as much as what you are. One setup will open some doors - to resources, opportunities and who you are accountable to - and close others, and vice versa.

Take a common example: do you set up as a lab in government or outside of it? Inside you might have more strategic buy in from government itself, but on the outside you’ve the potential to think more radically. One isn’t better than the other. It’s just a trade-off you need to consider.

The second is tactics, the day-to-day decisions in running a lab (or team). Your strategy decides a lot of these already. If you set up a lab outside government you’re going to make different choices than if you are at the heart of it. That might mean choices around who you recruit into your team, who you pitch your work to and how you develop your authority and reputation.

Labs often open with an ambitious bang; “we will transform the way government functions”, a grand narrative of change. Then they find themselves operating only on the margins, on small, fringe projects. Which isn’t a problem until people ask you, “so, have you transformed government yet?”. And you can’t point to anything. so you’re closed down without the chance to really prove your value. If strategy is what you say “no” to, then your tactics are how you say it.

Strategy and tactics must align

And that comes down to the leadership of the lab. If not those in the lab, someone outside it will simply take the decision out of your hands and make it for you.

Because labs are in the business of ‘intangibles’. Compared to the roll-out of a new technology or the digital agenda it’s harder to point to and call it innovation. It’s less easy to neatly package. But this explorative, boundary pushing and frontier space is exactly where labs should operate. They can’t do that unless also proving their political and strategic value too. The worksheet below can prompt the hard questions we need to be continuously asking ourselves. 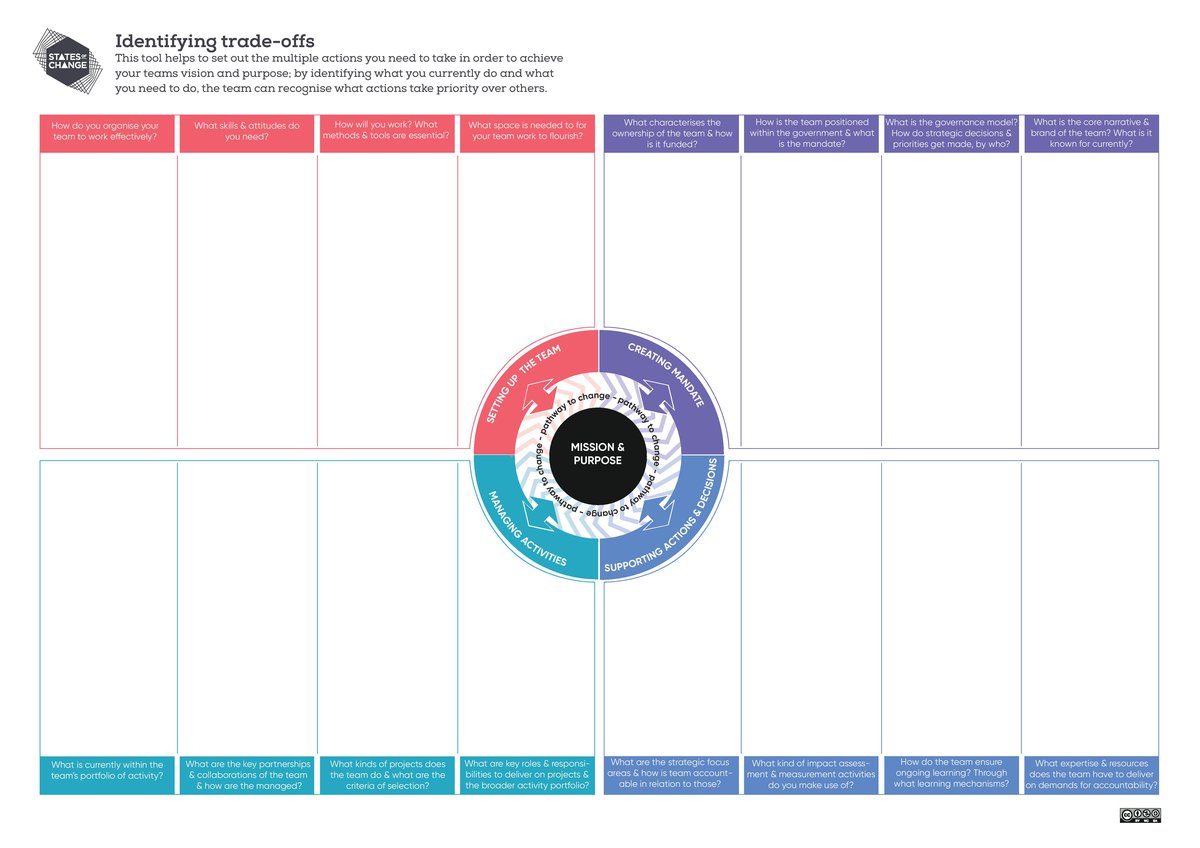 A worksheet we've developed to help you identify your trade-offs

You can also download the identifying trade-offs worksheet as a pdf.

As the chorus of voices crying out for government to work in a new way grows louder by the day, and with issues like climate change more pressing than ever before, the potential of labs and innovative teams shouldn’t be squandered. They can do a lot, but they cannot do everything.

Where they work best, they are a reflection of their environment, seeing where the political winds are blowing and making the most of the opportunities that come up. When I’ve been unsure and needed direction, this format of trade-offs has come to my aid. It’s helped our work setting labs up, shifting their strategy and aligning them with what they can achieve. We hope it helps you too.

But it also continues to teach us useful lessons and raise new questions around innovation lab work. If you have questions or challenges that you want to share and talk about with the wider community of lab practitioners, please do get in touch. 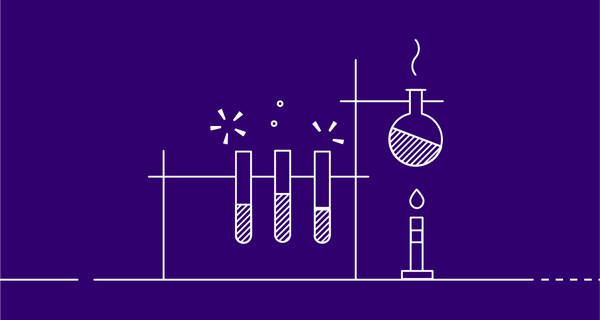