Javier leads the Public Innovation Team in the National Planning Department (DNP) of the Colombian government.

The Equipo de Innovación Pública (EiP) is the innovation team within the Colombian National Department of Planning (DNP), a ministry-level agency that supports policy development and evaluation across the entire government of Colombia.

With support from the Newton Fund and the British Council in Colombia, Nesta has been working with the EiP and DNP as part of the States of Change initiative to support the team’s efforts to develop the wider innovation capacity of the Colombian government. We caught up with the EiP’s leader, Javier Guillot, to have a conversation about the team’s transformation process. The blog below provides a summary of this conversation, the full interview can be downloaded below as a PDF: 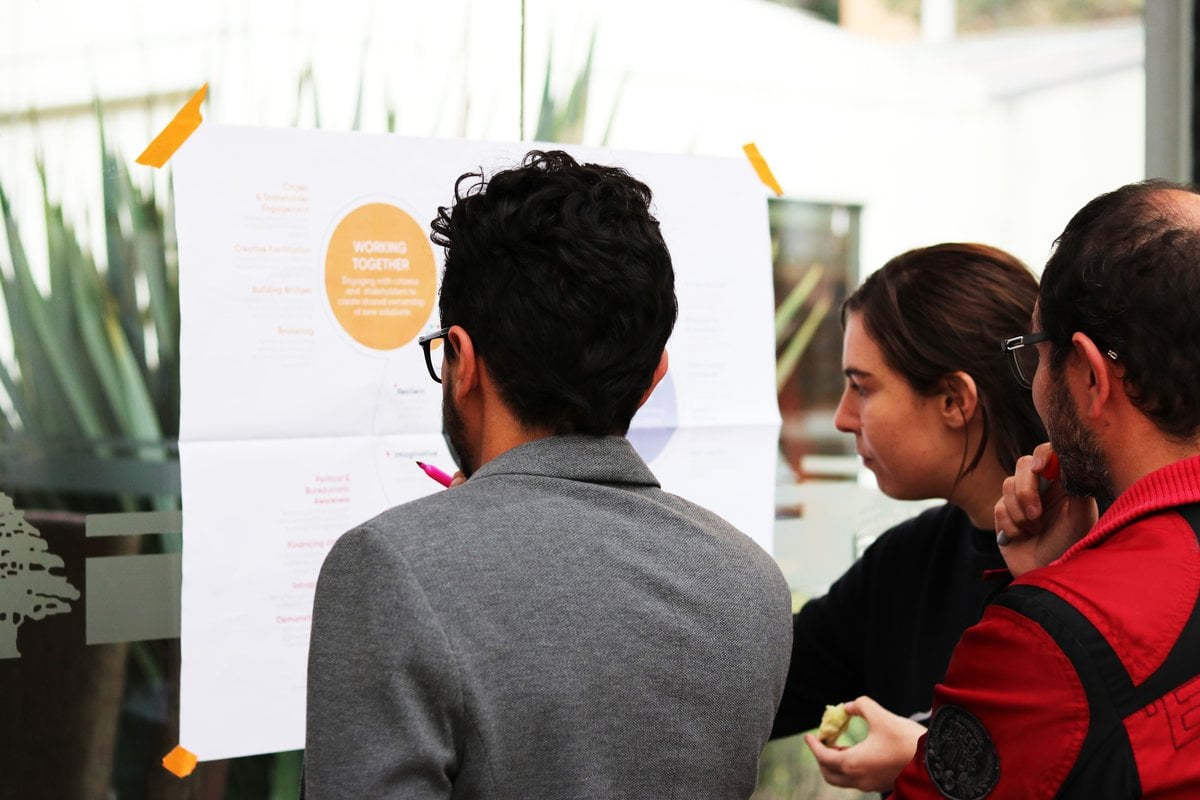 The EiP team exploring their own skills and attitudes

Jesper: At Nesta, we have so many different examples of innovation teams and one thing is for certain: they always develop and grow as a unique ‘product’ of their environment. What would you say are some of the unique elements of the Colombian context that influence your work?

Javier: There are some elements of the Colombian context that have been key for us since the creation of the team. First, Colombia seems to be facing a ‘critical juncture’. The recent signing of the peace agreement with FARC may be the most important manifestation of this. The situation has led many of us to dare imagine a Colombia that is not submerged in the tragedies of war.

Second, the density of diversity in Colombia is very high and it implies complex policy challenges when it comes to promoting equity, inclusion and sustainable development. We have a very diverse geography, with territories that vary widely in socioeconomic, cultural and ecological dimensions. This is very inspiring in terms of the potential to generate creative responses to social and environmental challenges but also a formidable force, as specificities of local contexts cannot be ignored.

In the EiP, we believe that more effective responses from government can be delivered only if those who experience challenges first-hand are more actively included in the design (or re-design) of public policies, programmes and services. Because the DNP helps to structure policy design and evaluation processes, we have the opportunity to inspire and support public servants in experimenting with new ways to engage with citizens in the pursuit of public value.

Jesper: There are many versions of so-called 'policy labs' around the world. What has been your journey and which direction are you heading now?

Javier: A lot of our journey so far has consisted of understanding what level of ambition we need to have as a team, in order to manage resources strategically. We have invested a lot of energy into understanding our institutional context to figure out which role we can play in it.

With the help of Nesta, we have recently confirmed that ‘experimentation’ is a term with a lot of potential to bring the concept of innovation into practice, in a language that everyone—citizens, bureaucrats and politicians—could share. We are promoting an interpretation that sees experiments as structured processes in which ideas are generated and tested but also about the principles and conditions that enable it, including the required mind-set.

We believe our role is that of an 'enabler of experimentation'. We have come to define our unit as a government 'search-up', following the terminology of Zavae Zaheer and his argument around search-ups vs. start-ups within the private sector. By 'government search-up', we mean a team that gathers and shares evidence on processes, outputs and outcomes of public initiatives, based on an experimental mindset. We do this to foster collective learning and enable experimentation to happen more, and generate more public value, in government. 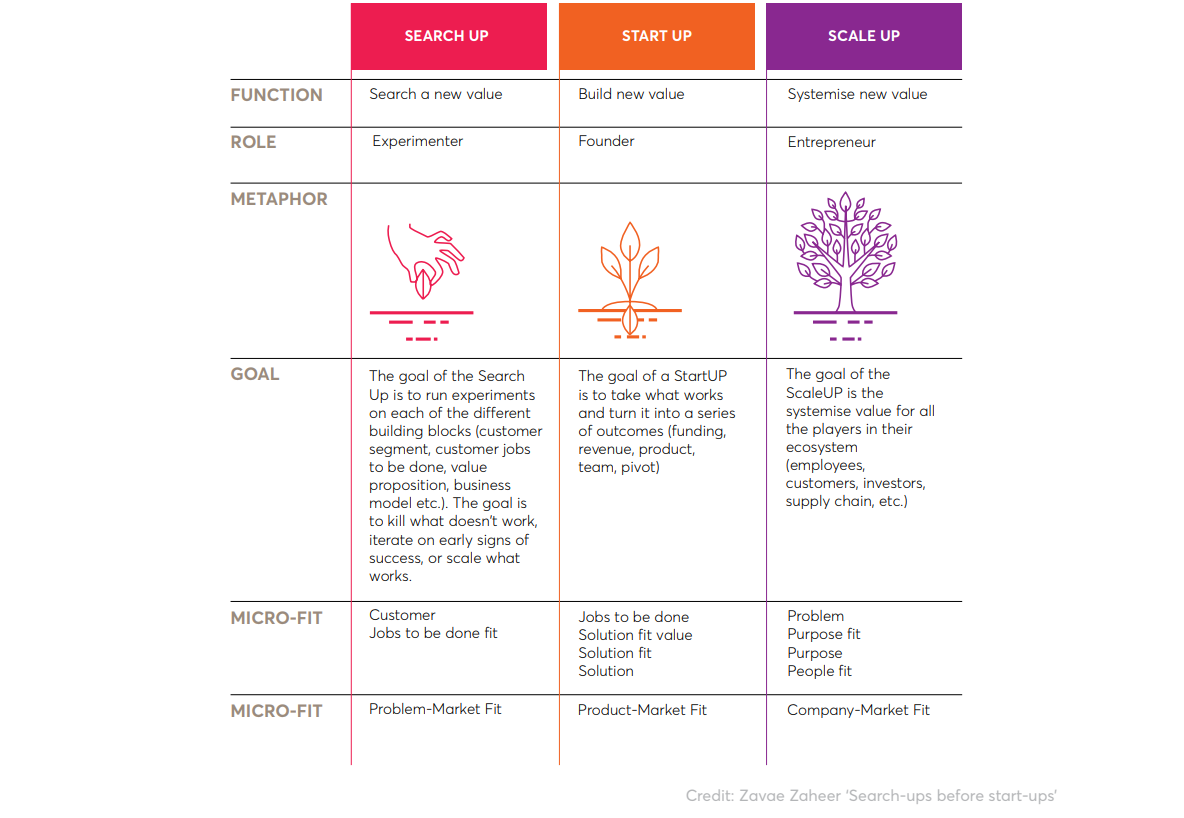 Jesper: One of the things that Zaheer highlights is the problematic tendency of rushing to come up with scalable ideas that results in premature uptake of ideas that fail or do not go anywhere. How do you see this in the context of your role?

Javier: We have understood that our role is to enable a more strategic and systematic use of experimentation in government, in order to achieve more effective and efficient responses to complex public challenges. A first and major step in the journey has been working with other public servants to carry out projects that address relevant policy issues through experimental approaches. We are now using this experience to engage our organisation and other key allies in the Colombian innovation ecosystem to develop a long-term strategy for promoting public innovation in our country.

Jesper: Your systematic focus on learning is something that is often missing within government yet this brings a risk of becoming a detached and non-influential think-tank. How are you thinking about dealing with this sort of challenge when creating value?

Javier: Connecting the evidence that results from experimentation with decision-making processes in government is not an easy feat. This is especially true when evidence comes from 'failure', a word that governments find hard to digest. However, in our eyes, truly failed experiments are only those from which we do not learn. Questions we are tackling in practice are how to turn failure into lessons and insights, and how then to bring them to the eyes and ears of decision-makers across different levels of government. This needs to happen at the same time as new ways of engaging citizens are explored and promoted, to involve them as key allies of government agencies in experimental processes.

Jesper: Speaking of impact and value-creation, your new model seems to be significantly different by focusing on embedding innovation strategically. What challenges do you see in taking this approach?

Javier: In practically all the scenarios where we have presented the potential of experimentation for creating public value, we have heard about the fear of the control and oversight agencies of the Colombian government.

The fear of being singled out for misusing public funds as a consequence of experimenting is an important obstacle for consolidating an experimental mindset in government. In Colombia, that fear is attached to a perception that the law will be strictly and narrowly interpreted. Therefore, there is pressure to collectively build an understanding of the value of experimentation together with these agencies as well as citizens.

Experimentation brings value, insofar as it helps to face uncertainty productively. It does so, as Marco Steinberg would describe it, by helping us to transform uncertainty into risk management. We think that having a conversation on what having an experimental mindset means, and bringing experimentation into practice in ways in which the value of learning can be assessed, are likely approaches to dissolve this perceived paradox between control and experimentation.

Jesper: It has been so interesting to work with your team focusing on developing your team role, project portfolio and innovation strategy. What is next for you and your team?

Javier: The first big milestone in the road ahead will be to co-create a strategy for promoting public innovation in Colombia. This is the strategy that we hope will be reflected in the next National Development Plan. Also, we are aiming to consolidate our enabling role as a government search-up by working on new projects, where we are combining the use of behavioural insights and design approaches.

However, our most pressing challenge still comes from within: we are a team of four facing enormous demands, complexity and resource constraints. Working together as a team requires recognising what our capabilities are, nurturing them, and working with others to complement them and create value together. One of our main references is the competency framework for public innovators proposed by Nesta, which we have found useful to face this challenge in practice.

We believe in the need for intensifying collaboration and share learning. We are excited to be an active member in the States of Change learning collective. We think we have a lot of potential to learn from and with other public innovation initiatives that have emerged in Latin America in recent years. Further down the line, we hope to see the EiP as a node in a vibrant network of teams devoted to promoting public and social innovation in Colombia. Actual structural change will only come if we work in a coordinated fashion, and the conversation becomes genuinely inclusive. 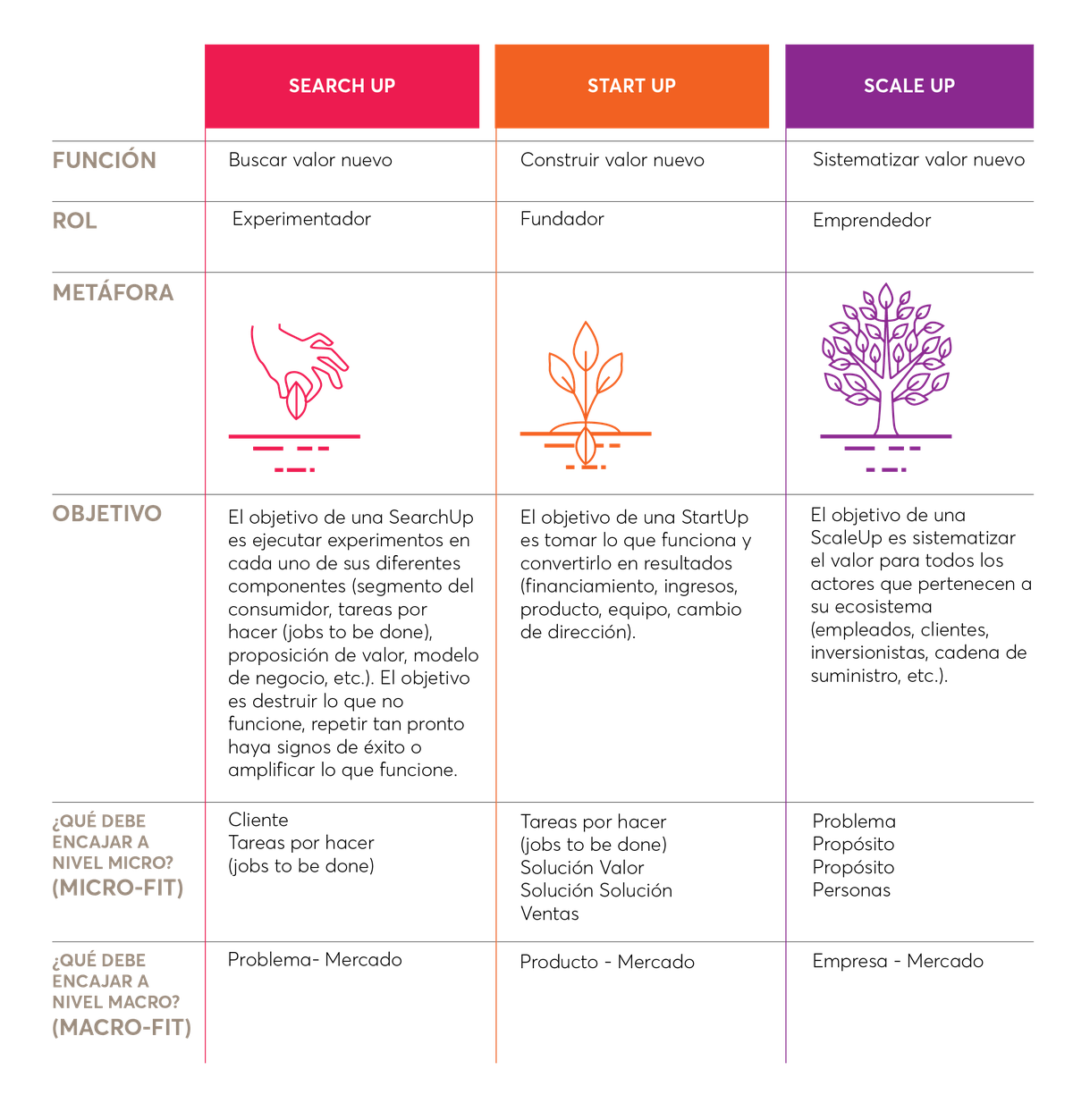 Javier leads the Public Innovation Team in the National Planning Department (DNP) of the Colombian government. 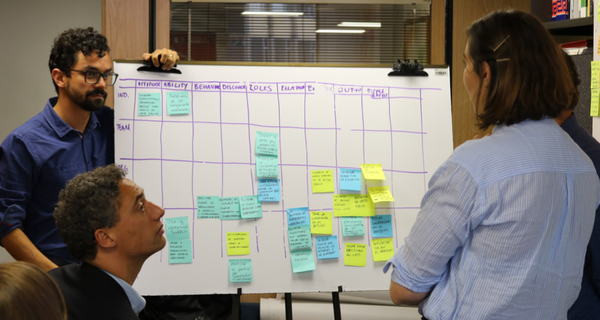 Experiment to transform: Working towards the next generation of public innovation in Colombia

Nesta has been working with the Colombian government to help develop a national public innovation strategy and build its innovation skills.
Blog
09 July 2018 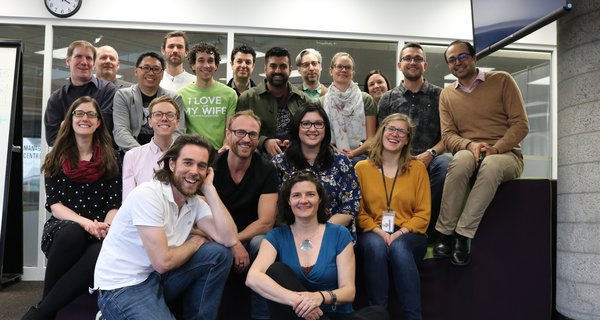 Looking back at the first week of our learning programme for public innovation with the Canadian federal government.
Blog
07 June 2018