When it comes to workers’ wages, rights and wellbeing, technology isn’t all bad.
09 May 2018
In Government innovation
5 min read

A year and a half ago my colleague Toby Baker wrote for the digitalsocial.euplatform about an emerging area of practice which we called “workertech”, following in the footsteps of our friends at Bethnal Green Ventures.

Last week, on International Workers’ Day, I thought back to his blog and wondered what the landscape looks like today. Following a brief thread on our DSI4EU Twitter account, here I explore in a bit more depth some of the initiatives using technology to improve the lot of workers everywhere.

This #MayDay we want to give a huge shout out to all those who are using #technology to fight for workers' rights, empower people and improve labour conditions [thread]

As Toby pointed out then, technology has had profound impacts on the world of work - through the growth of the freelance economy, concerns about mass unemployment resulting from automation, and concerns about workers’ rights in the gig economy.

In the time that’s passed, discussions, debates and policy have moved on significantly - from government-commissioned work like the UK’s Taylor Reviewto basic income pilots in countries including the Netherlands, Finland, Scotland and Italy, and from more nuanced debates around the impact of automationto the growth of unions for gig workers.

Huge challenges still exist though and, in many cases, have continued to grow. Fortunately, this has been matched by growing efforts to develop exciting initiatives which harness the power of technology to support workers. Here are a few of our favourites.

Platform cooperatives - matching platforms that are owned by those offering services, rather than by a small handful of founders and investors - have existed as a concept for some time, but we are now starting to see the idea turned into a reality.

One of the most successful examples is Ride Austin, a car sharing platform which came into being after Uber and Lyft, the two dominant Silicon Valley platforms, abruptly left the Texas city. As a worker-owned cooperative, drivers have better and more secure income than through other platforms. What’s more, Ride Austin offers features which other platforms don’t, such as requiring all drivers to register their fingerprints, giving women the option to choose a car driven by a woman, allowing users to donate to charity by rounding up their fare, and accepting payments in Bevo Bucks, the local currency of the University of Texas at Austin. 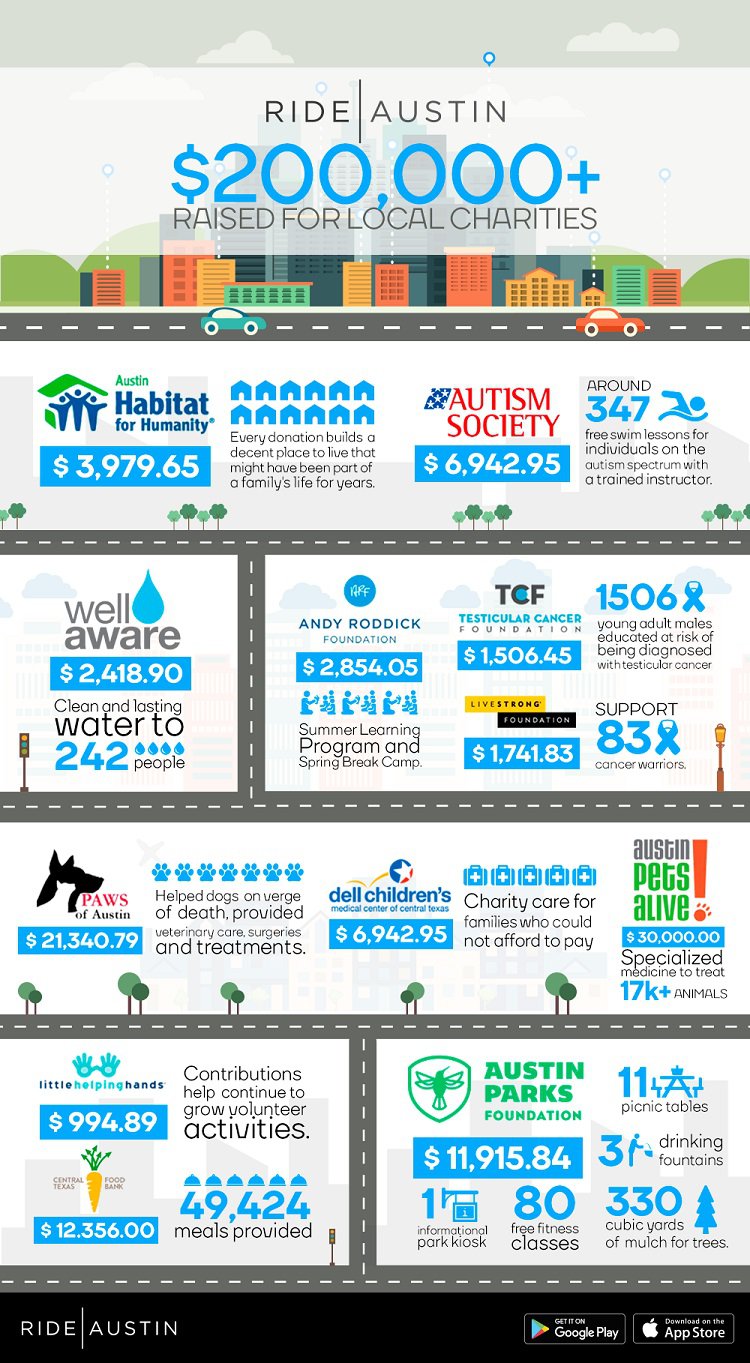 Infographic of funds raised for charities through Ride Austin's Round Up programme. Click here to see full size image.

There are other successful examples of platform cooperatives, including:

Another interesting example is the Equal Care Co-Op, based in Yorkshire, United Kingdom. Equal Care Co-Op, which recently received funding from Nesta’s ShareLab Fund, is building a collaborative platform that facilitates strong relations between caregivers and care receivers, with both parties able to choose when, where and how care and support takes place. It is built on a foundation of peer support, such that care receivers are also able to offer support and be rewarded for that. It is fully owned by the caregivers and receivers.

The principle of collective action has always been core to improving workers’ rights. Over the past few years we’ve seen several tech responses to threats against workers’ rights, including Coworker, which we profiled in our previous blog on workertech. Coworker’s main feature is enabling groups of individuals to run (and win) campaigns to strengthen workers’ rights. Since starting, employees for organisations including Starbucks, Chipotle, Netflix, FIFA, McDonald’s, Delta and Skechers have won fights for better rights. 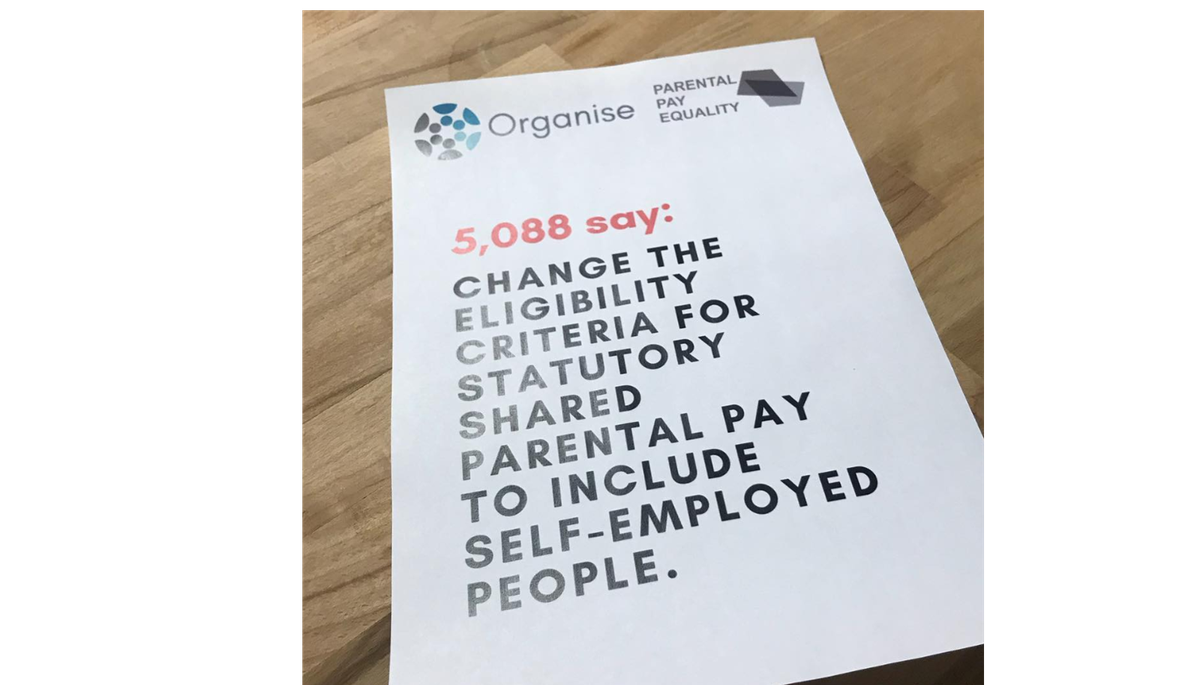 Organise's campaign for statutory shared parental pay for self-employed people has been taken to the UK Parliament. (Picture via Instagram).

In the UK, Organise has a similar mission, enabling workers to self-organise and campaign for better rights. So far, it has supported campaigns in organisations like McDonald's, Amazon and River Island, and has 20,000 people signed up to the platform.

Other platforms are using technology to crowdsource information about employees’ experiences. Coworker has recently launched Coworker Data Labs, which allows employees in large companies to share and aggregate information about their working patterns, practices and opinions.

Some focus on specific groups. Fairygodboss, for example, gathers stories, experiences and reviews from women, for women about what organisations are like to work in. Meanwhile, rating app Hour Voice supports hourly workers to rate their employers, find better ones, track their hours, and understand their rights. In the UK, Wage Check, has a similar mission to help workers track their hours and wages to ensure they are being paid the correct amount. Wage Check has recently joined Bethnal Green Ventures’ latest cohort after winning the accelerator’s Future of Fair Work Challenge.

Elsewhere, some are wondering whether technology might remove the need for matching platforms completely. The subject of much hype in recent years, blockchain technology allows for direct peer-to-peer transactions on a distributed ledger without the need for intermediaries. Organisations such as Open Bazaar, Canya and Ethearnal are already working to enable independent workers and clients to work together with lower fees, faster payments, a more equal playing field and the possibility to bring the unbanked into the freelance world through use of cryptocurrencies.

Finally, collective action can be a way for the general public to support employees. For example, Spendrise, a US-based campaigns and crowdfunding platform, enables people to pledge support for, and fund, collective action to improve consumers’ buying habits and organisations' practices. While many campaigns are more environmentally-oriented (for example, encouraging restaurants to stop using plastic straw), it has also hosted campaigns aiming to persuade companies to pay their workers fairer wages by, for example, threatening to boycott if positive action is not taken (or, conversely, to pledge to shop more if positive changes are made).

It’s clear that the breadth of challenges around the future of work - largely fuelled by technological advances as well as political decisions - require similarly broad and bold action. Innovations like these are already delivering real impact, improving workers’ lives across the world and helping to mitigate technology’s harmful effects and some of the worst excesses of our economic and social systems. Together, empowering people and harnessing technology for good, we can fight for a better world where workers have the voice, the rights and the pay they deserve, and, in the month of International Workers’ Day, let’s all give a big thanks to those who are fighting for this vision.

If you'd like to keep up to date with tech for good in Europe, sign up for the DSI4EU newsletter here. If you're working in the field, create a profile for you and your work at digitalsocial.eu to join Europe's community of digital social innovation and contribute to our research.