Emma was a Senior Research Officer at the Alliance for Useful Evidence and the Wales Centre for Public Policy. 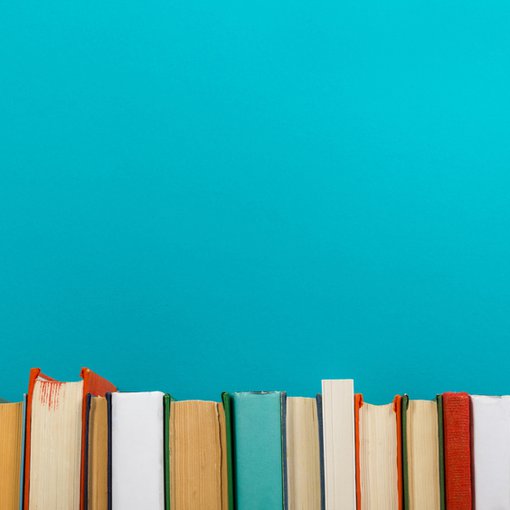 This week marks International Open Access Week 2018. At the Alliance for Useful Evidence, we’re big supporters of the principles behind the open access (OA) movement: scholarly research should be available to everyone, not just to academics.

Open access is also central to the success of the evidence movement: lack of access to quality research is a frequently cited barrier to evidence uptake by policy-makers.

Our own work also needs the evidence produced by academics, so we’re often frustrated when we find that so much of it is tucked away behind paywalls. Unfortunately, access can come down to who you know – asking a university-affiliated friend or colleague to download an article for you can be a quick solution for one person – but it’s no good to people without those kinds of networks (and it may well be in breach of copyright law).

There’s a huge amount out there extolling the benefits and lamenting the challenges of OA, but much of what we hear seems to recycle the same old debates, or operate within the confines of the systems and norms already in place. We need a system that supports the academic community, but also creates genuine change in the availability and dissemination of research.

Inspired by the British Library’s Open and Engaged event earlier this week, we’ve decided to play devil’s advocate with OA, asking five provocative questions to stimulate some new debate and ideas on what we think is a crucial topic.

1. Could we just cut out the publishers?

As Professor Jane Winters told us at Open and Engaged, the costs of making an academic book OA can be astronomical – we’re talking between £5-10k per book. Journal articles average between £1.5-£2k each (see the Finch Report for estimates). In an article for a TLS special edition this week, philosopher Tim Crane points out the ‘implausible and outrageous’ burden placed on individual researchers and public institutions by academic publishing – and in practice OA means that publishers seek to recoup costs directly from academics. While there are initiatives which help to cover these costs, like the KU Leuven Fund for Fair OA from Leuven University Press, or the rise in OA journals which don’t charge fees at all, for the majority of journals which aren’t OA, someone still has to pay. Authors themselves aren’t necessarily paid to write in the first place – certainly not early career academics without contracts, or in teaching-only positions – so the idea that they then ought to pay to get their work published seems ludicrous. It’s the publishers who make the money, so what if we took them out of the equation? Universities could provide the editors (other academics) and the blind peer review matchmaking system instead (often the authors will be asked to recommend reviewers anyway, themselves usually unpaid), and could publish papers and books online in their raw PDF formats. The question of whether we need publishers is one that’s been asked before, and there have been boycotts of journals, petitions, and mass resignations in protest at the amount publishers make from academics’ writing, as well as calls for academic self-publishing, but we still don’t have an answer.

2. Can we stop talking amongst ourselves?

The conversation about OA has mostly taken place in the academic community, a point raised this week by the British Library’s Dr Torsten Reimer. There is now increased will to bring together open access with public engagement, including for the British Library as it develops its ‘Living Knowledge’ vision. So far, however, debates about OA have excluded the people it nominally aims to serve – the ‘public’, an impossibly varied category. Consultations on OA policy have pretty much exclusively involved representatives of the HE sector, funders, publishers and sometimes libraries. The language of OA isn’t exactly self-explanatory; Plan S, gold routes, green routes and APCs don’t make much sense to anyone unfamiliar with the workings of journal publishing. Meaningfully opening the conversation involves something a bit pithier than tagging a commitment to public engagement on to the in-and-outs of publishing rules. Making research available to everyone will involve consulting as widely as possible – with government, charities, community organisations, foundations, social enterprises, independent research organisations, and business. It’s also the only way we’ll know if policy is on the right track.

3. Why aren’t we addressing demand?

UKRI – the UK’s new research funding body – has adopted the principle that OA should ‘assist the development of a research system that facilitates “openness”’. Openness is a hugely valuable principle, but not if we don’t know what it means. If we are making research open to the ‘public’, we need to identify specific ‘publics’ and what they actually need from research. In other words, we have to address demand. Do we really have evidence that the majority of the public want access to academic articles addressing detailed debates within their research disciplines? Or even shortened lay summaries? This isn’t to say that this writing shouldn’t be produced or made publicly available. The point is that the content and style of research dissemination has to speak to its purpose – and will likely need to be as varied as the ‘public’ itself. At the Alliance for Useful Evidence, we are working to make research evidence and methods relevant and digestible for decision-makers in government and charities. This involves looking at what works in dissemination, as well as making sure we have evidence that is fit for purpose in the social sector. If we want OA to support a more open research system, in which publishing works for the public good, we need a bigger shift in how we present and disseminate the findings of research.

4. Do people value what they pay for?

It may be a sad indictment of late capitalism, but we can argue that people don’t value things that are free. Given the rise in anti-intellectualism and the prevailing post-truth climate since Trexit, academics aren’t exactly top of the list when it comes to public trust. Low pay and precarious work are already becoming hallmarks of academic life for many early career researchers especially; if publications, too, become freely available, what does that say about the value society places on the academics who write them? Of course, the related argument, made by Professor Haidy Geismar, questions what ‘value’ really means: ‘how is research valuable and for whom, who should profit and how’?

5. Are we willing to take risks?

Publishing is important for academics: jobs, reputations and tenure depend on getting work into peer-reviewed journals, and even more so thanks to the REF. It’s both unfair, and unrealistic, to expect individual researchers to foot the bill for open access. But, if academica as a whole isn’t willing to countenance change, we’re not likely to move far beyond well-established publishing traditions. There’s also some growing opinion that mechanisms like peer-review can serve to narrow, rather than expand, the amount of research that sees the light (see Martin Paul Eve’s challenge to the current peer review system) At Open and Engaged, Professor Haidy Geismar urged us to ‘reimagine the ecology of open access’; think creatively about new publishing models and draw on our collective expertise. This will mean taking risks and breaking with old habits. Are we up to the task?

We’d love to see more experimentation and innovation in Open Access publishing. Initiatives like gettheresearch.org show the potential for new solutions to public access, while the UK What Works Network demonstrates the growing appetite for freely-available research in helping to solve real world problems.

Share your ideas, initiatives or resources – and let us know if you disagree.

This blog was originally published on the Alliance for Useful Evidence website.

Emma was a Senior Research Officer at the Alliance for Useful Evidence and the Wales Centre for Public Policy.