Imagine an education system that prepared young people to make and shape the future. What would it look like? How different would it be?
04 July 2018
In Education Futurescoping
6 min read

Rosalinda sat in the CEO team as Executive Research Assistant where she explored whatever is front of mind for Geoff Mulgan - researching, evidence gathering & design thinking. 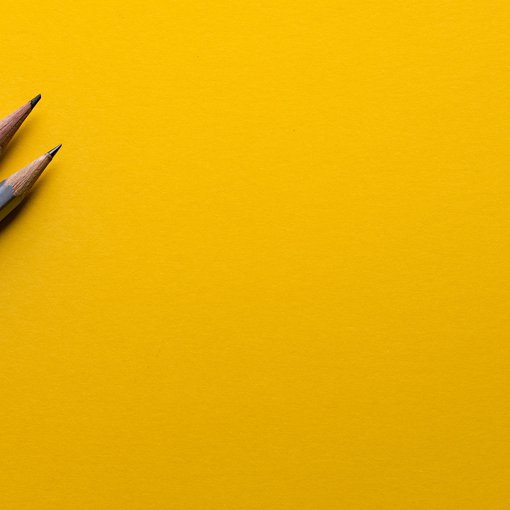 In this blog ahead of Futurefest, I suggest the links between how an education system shapes young people to think about agency – their power to shape the world - and how as adults they come to think about their role in achieving change. Education that prepares children for obedience, compliance and rote learning produces a population of observers, rather than shapers. Education that draws out young peoples’ power and potential does the opposite.

There are many reasons for wanting education to shift towards an emphasis on creativity in all its forms, not least the demands of the future labour market. But one other reason for worrying about the trends which are pushing education ever further towards compliance is that they risk an even more unhealthy relationship between citizens and states in the future.

So how does schooling connect to power? Gaining educational qualifications gives you more power over your life and more choices. Power and knowledge really are linked in this sense. Yet few schools were really designed to nurture creators and inventors. The universal education systems set up in the 19th and 20th centuries aimed to create pliant and obedient workers for factories and later offices. They were meant to teach people how to turn up on time and follow rules, as well as learning how to read and write (while the officer class learned how to lead on the playing fields and classrooms of private schools).

There have long been opposing views about how much education should emphasise socialising young people – adapting them to conform – and how much it should be about their personal development and agency (the tradition of figures like John Dewey).

For some periods the latter view gained ground. But the UK state system, at least in so far as it is shaped by national policy, is now largely dominated by the first view. By contrast, perhaps surprisingly, the best private schools now put a lot more emphasis on personal development as well as attainment (which sometimes overshoots in the case of public school politicians whose confidence outstrips their capability).

Within the state system, recent pressures around GCSEs, and more recently around the primary school curriculum, risk squeezing out anything which doesn’t contribute to testable attainment. The new baseline assessment that’s being introduced for four year-olds is solely focused on language, literacy and numeracy.

It has the good intention of better measuring pupil progress through primary school, but could further push schools away from the social and physical development that is so important in the early years.

There have long been opposing views about how much education should emphasise socialising young people – adapting them to conform – and how much it should be about their personal development and agency.

Here we see a common pattern. The reforms of recent decades started with the sensible goal of dealing with the worst problems of low attainment, particularly in literacy and numeracy. But as often happens with public policy, they then overshot, hardening into an often inflexible obsession with exams rather than experience, attainment rather than character, the acquisition of knowledge rather than understanding.

There are many reasons why this is now so problematic. Nesta has looked in detail at the fairly predictable demands of the labour market in 15-20 years time, and will shortly publish a new analysis of which skills are already most in demand in the labour market. This will confirm that the most sought after skills are such things as communication, organisation, collaboration and problem-solving. Deep knowledge also matters, at least for some jobs. But unless it’s combined with these more cross-cutting skills it’s of little use.

Most of the debate about future skills focuses on jobs. Here I want to focus on questions of citizenship and power, and the implicit messages that schools communicate.

Many years ago, the French historian and anthropologist Emmanuel Todd showed that family structures contain an implicit ideology which maps surprisingly well to the voting patterns of regions and whole nations. They can be egalitarian or individualistic, authoritarian or individualistic in their internal culture and in how they handle inheritance.

Children unconsciously absorb these implicit messages about how the world works that are very different in, for example, Japan, Russia, England or northern Italy (if you’re interested, read Todd’s remarkable book ‘The Explanation of Ideology’ whose arguments have largely survived two decades of academic attempts to prove them wrong).

Schools may be less influential than the family. But children spend much of their formative years in them, and it would be astonishing if there wasn’t a comparable influence from their implicit ideology. Schools vary greatly in their implicit messages. But in too many schools the implicit ideology says that you should play along; conform with the system even if you don’t believe in it; and jump through the hoops put in front of you.

Even though teachers talk about self-development the message that comes from the wider system is often that you should not believe too much in yourself or your power to shape the world; that creativity and imagination are luxuries and distractions; and that getting on means doing what you’re told.

A long history of schooling that prioritises compliance in this way must be at least part of the reason why so much of our adult population often seems trapped in a strange kind of anti-agency, like the kids sulking at the back of the class: disempowered, disillusioned, sullen, angry, victims of changes that are controlled by distant and mysterious forces.

So what’s the answer? The alternative is an education system that cultivates the confidence and capability to use power, a system that prioritises agency and the ability to make and shape. Fuel for this idea can be found in many sources. The Education Endowment Foundation summarised some of the evidence in arguing that ‘attitudes, skills and behaviours – such as self-control, confidence, social skills, motivation, and resilience … underpin success in school and beyond. They include the ability to respond to setbacks, work well with others, build relationships, manage emotions, and cope with difficult situations.’

More than a decade ago the Nobel Prize winning economist James Heckman produced extensive evidence showing that non-cognitive skills of this kind better explained success in later life than IQ and attainment.

But the most relevant research on how this broader debate relates to power draws on work done several decades ago by Albert Bandura on what he called self-efficacy - a “personal belief in one’s capability to organise and execute courses of action to achieve goals”. His writing is often clunky to say the least. But he pointed to important truths that have been confirmed by subsequent research: that higher self-efficacy leads to higher psychosocial functioning, better health behaviours, higher educational attainment and then to labour market success and improved wellbeing.

A meta-analysis of 100 empirical studies from the last 20 years, for example, found that academic self-efficacy was the strongest predictor of academic achievement in college students, in part because individuals who feel efficacious ‘expend more effort and persist longer’ in the face of difficulties. In other words, your sense of your own power and capability has strong effects on your success. The story you tell yourself shapes how well you do.

There are ongoing debates about whether self-efficacy is one thing or many; how it links to the many other non-cognitive skills and attitudes; and how much it is learned and at what ages. But there is little doubt of a shift in the terms of debate even if it hasn’t yet changed the direction of national policy.

A meta-analysis of 100 empirical studies from the last 20 years, for example, found that academic self-efficacy was the strongest predictor of academic achievement in college students

In health, there are signs of a strikingly parallel shift. Researchers find that mind has a big effect on body and that the right states of mind – again including self-efficacy and self-regulation - have a significant impact on healthiness. They do so both through preventing illness – via the influence of diet, fitness and other habits – and through speeding recovery from sickness, including cardiac disease. The mounting evidence on placebo effects is part of this shifting picture, as is evidence that the confidence people have in managing pain has more effect than anything else in determining how much pain is experienced.

This sense of both confidence and capability is what we might also want in a healthy democracy, and its best understood as like a muscle that needs to be exercised and trained through use.

In Bandura’s account, self-efficacy has four main sources. The first is what he calls ‘active mastery experiences’ – experience of exercising power. The second is observation of others, who are ideally people like you. The third is persuasion to bolster confidence through self-doubt, of the kind provided by a coach or mentor. The fourth is what he calls ‘interpretation of physiological arousal during heightened states leading to judgment of capability e.g. excitement or nervousness’ – the buzz you get when you’re really being stretched, which is the mark of all the most compelling learning experiences. In sports and the arts, this is of course exactly how people learn, helped by feedback and encouragement.

Power, too, is best learned through practice – doing things rather than just sitting in a class learning about civics. Schools can play their part in giving pupils chances to work on real-life projects involving power. But government also has a role to play, by opening itself up.

India has mobilised thousands of schoolchildren to develop ideas on how government could become smarter, while the city of Paris set aside a tenth of its 100m Euro participatory budget for school children, justifying the move in part as a way to cultivate citizenship skills. None of England’s Ministers or Mayors have hinted at anything remotely comparable.

And so the risk is that our leaders inadvertently, both through their style of leadership and through their policies, promote the implicit curriculum of compliance, detachment and disengagement, which mutates later on into resentment and unfocused anger.

Rosalinda sat in the CEO team as Executive Research Assistant where she explored whatever is front of mind for Geoff Mulgan - researching, evidence gathering & design thinking.