In 2018 we announced the latest group of projects to be awarded grants from the Rethinking Parks fund. In this round, we were looking for organisations and partnerships who were well placed to replicate and adapt the most promising approaches to help run parks more sustainably, drawing from what they had seen others implement or test elsewhere.

Five months on, Emma Trickett from Leeds City Council is introducing us to the Leeds Parks Fund, the model that inspired them, their partnerships and their objective.

Below is Emma's introduction to the project:

What is the idea?

Leeds Parks Fund is developing a model to support and encourage charitable giving to parks.

In 2017 Leeds City Council launched the Leeds Parks Fund after realising that, despite there being an appetite for donating to parks and greenspaces in Leeds, there was not a body that could accept donations. The Leeds Parks Fund is hosted by the Leeds Community Foundation, who are well known throughout Leeds for supporting thousands of charities and volunteer groups.The Rethinking Parks project will allow the team to investigate the potential of the Fund in raising an additional income for Leeds parks and greenspaces.

Who is working on the project?

The Leeds Parks Fund is supported by a strong partnership of Leeds Community Foundation, Leeds City Council, University of Leeds and Leeds Parks and Green Spaces Forum. Each organisation plays an essential role in ensuring the project’s success. 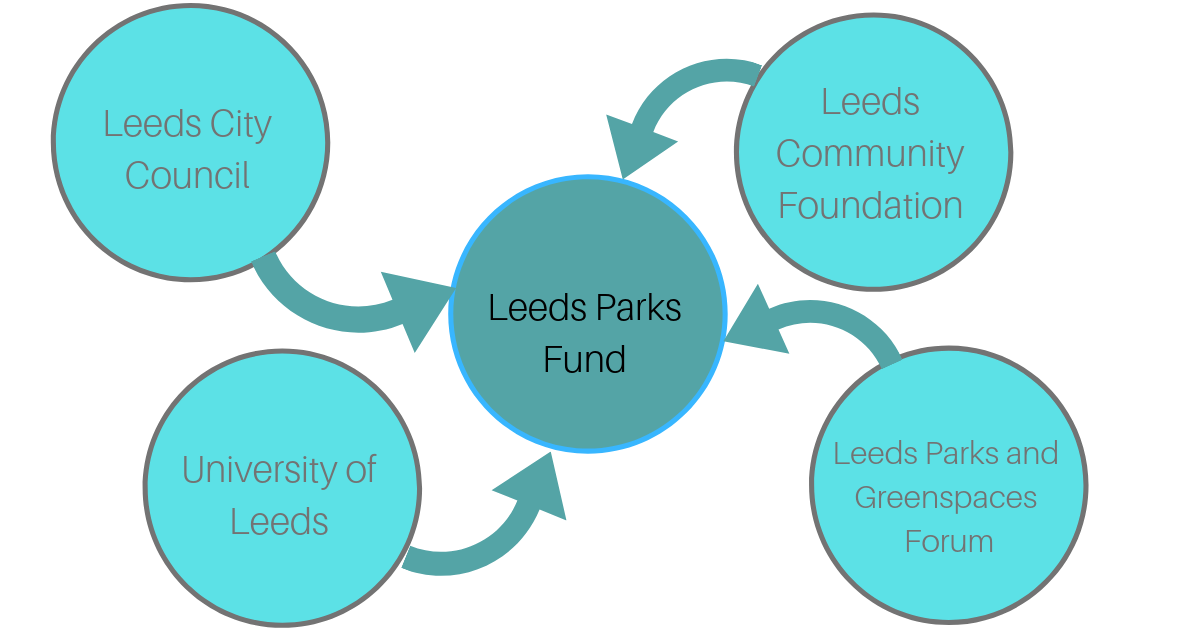 Background of the Project:

We visited Bournemouth in January 2016 to find out how the Bournemouth Parks Foundation model works and, following that, we were inspired to establish the Leeds Parks Fund, which was officially launched in summer 2017.

The project is based on the parks foundation model with the Fund being hosted by the local community foundation. Whilst Leeds City Council retains overall responsibility to maintain Leeds parks, we believe that developing a platform that allows park users to give to the green spaces that they use and enjoy will facilitate improvements that might not otherwise occur, and contribute to raising the quality of green space provision across the city. 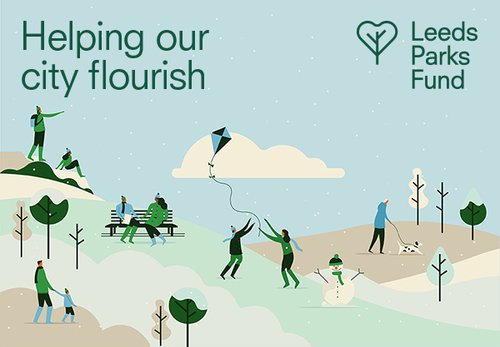 Having successfully launched a vehicle to drive the Fund, and put in place the infrastructure to manage it, we are now using the Rethinking Parks programme to explore the benefits that investing in research, fundraising and marketing expertise and time can bring to generating an income for parks and greenspaces.

We hope the Leeds Park Fund will act as an empowerment tool for the community. In its design our partnership with the Leeds Parks and Green Spaces Forum will allow an existing pool of Friends groups, parks managers and volunteers to get involved with the Fund and help shape it. The Fund itself will empower communities to contribute to parks by donating or to make a positive change to their green space by applying for a grant to fund projects.

What will the project achieve and how will other parks learn from your work?

Our project aims to develop a local partnership for parks comprising local community, public, private and third sector organisations. Through the project we will raise the profile of parks and public green spaces, and spread awareness of their value. And through the Rethinking Parks project we hope to be able to raise enough funds to make a measurable difference to parks, and their users, on the ground. 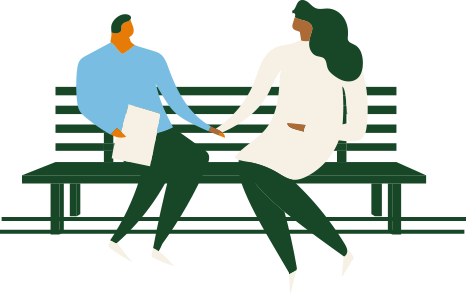 How do we aim to do it? By gaining an understanding of what individuals and businesses think about the concept of charitable giving to public green space through expert led research. And by developing and implementing fundraising and marketing plans based on the results of the research. Funds raised will be distributed through a grant making process to communities so they can improve their parks and green spaces.

The project will allow us to find out if our model of having a fund hosted by a community foundation is something that could be replicated in other locations across the UK. Leeds covers a larger area than Bournemouth and so presents an opportunity to test the foundation model on a larger scale and will allow us to draw conclusions about whether it’s possible to raise enough funds through charitable donations to make a difference to public parks in a core city. Finally, if successful we will provide guidelines on how to set up a charitable scheme for parks using this model.