Dirk Holemans was a city councillor for the last twenty years in the Belgian city of Ghent. He is the Director of Oikos, a think tank for Social-Ecological Change. 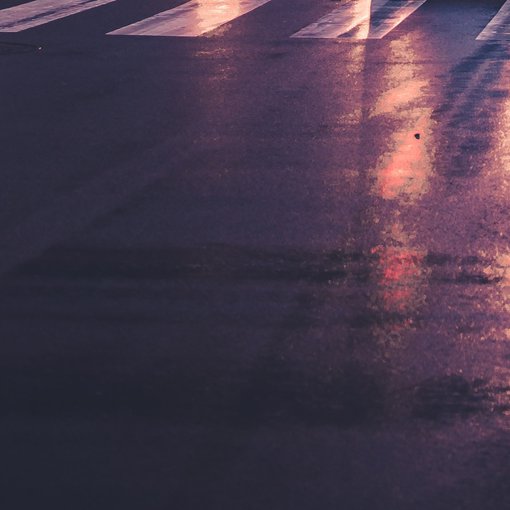 Imagine: an urban politician wants to insist that some streets become car-free during summer. Even if there are good reasons – better air quality, kids get room to play - the result is quite predictable. The residents of those designated streets would revolt, for different reasons. Some would feel ignored as citizens, others would stand by their right to drive their car to their door, etc. Result: the politician has to withdraw the proposal, disappointed by these negative reactions. So, the gap between politics and people widens further.

But what happens if an independent network of collaborating citizens, businesses and local organisations, supported by the city government, develops a positive narrative for the idea of a Living Street? If they emphasise that a Living Street will be the sustainable place that inhabitants have always dreamed of? What if they offer people who are interested and want to test the idea on their street the possibility to do just that, if they can convince their neighbours to support this potentially great idea? In the city of Ghent we know the answer to this question. Since 2013, in the summer several streets have been transformed into car-free ‘places’ for the community, creating room for picnic benches, playgrounds for children, etc.

The Living Streets is not a top-down project, nor a bottom-up citizens’ initiative. It’s a form of co-creation between residents, the city and other organisations. Residents join forces, get to know each other better and go to work on the challenges of their street (more meeting space, isolation of older residents, traffic, unsafe street layout etc). For the city government, Living Streets are a testing ground for parking solutions, street furniture and the search for new forms of resident participation. The civil servants also roll up their sleeves. They seek solutions, help mediate in conflicts, make their expertise available and translate experiences into new policies.

Living Streets are one of the examples of how the city of Ghent, just as other cities like Bologna and Barcelona, is changing the traditional top-down politics of our modern society. In the latter approach, the provision of services, the introduction of innovations or management of resources, tend to be presented as a stark choice between state organisations or market mechanisms. This binary division ignores a crucial third possibility - that of interventions by autonomous citizens – and underestimates the many possibilities of citizens and (local) authorities working together.

Living Streets in Ghent are an illustration of a broader societal challenge. If, for instance, we look at opinions about how we should organise housing, they tend to lie on a line connecting two opposing views. On the one hand, there is the view that the government is the best option to organise it in a fair way. On the other, it is argued that only the market can allocate houses in an optimal manner. What matters is that discussions on this, as well as other areas of society, are trapped in this binary framework. It is as if the citizen – the bearer of democracy – may only watch from the side-lines and is unable to propose solutions to societal needs.

In the field of housing for elderly people, there is an example of a citizen-led initiative, rarely heard of in the mainstream debate. Abbeyfield Houses is a concept of collective living and a volunteer movement which has already taken root in many countries. This initiative was born in 1956 in Britain in response to a growing social problem - the increasing number of elderly people in the poor neighbourhoods of London no longer able to live independently in a dignified manner. Today, the British Abbeyfield Society manages 700 homes with 7,000 seniors, aided by 10,000 volunteers. 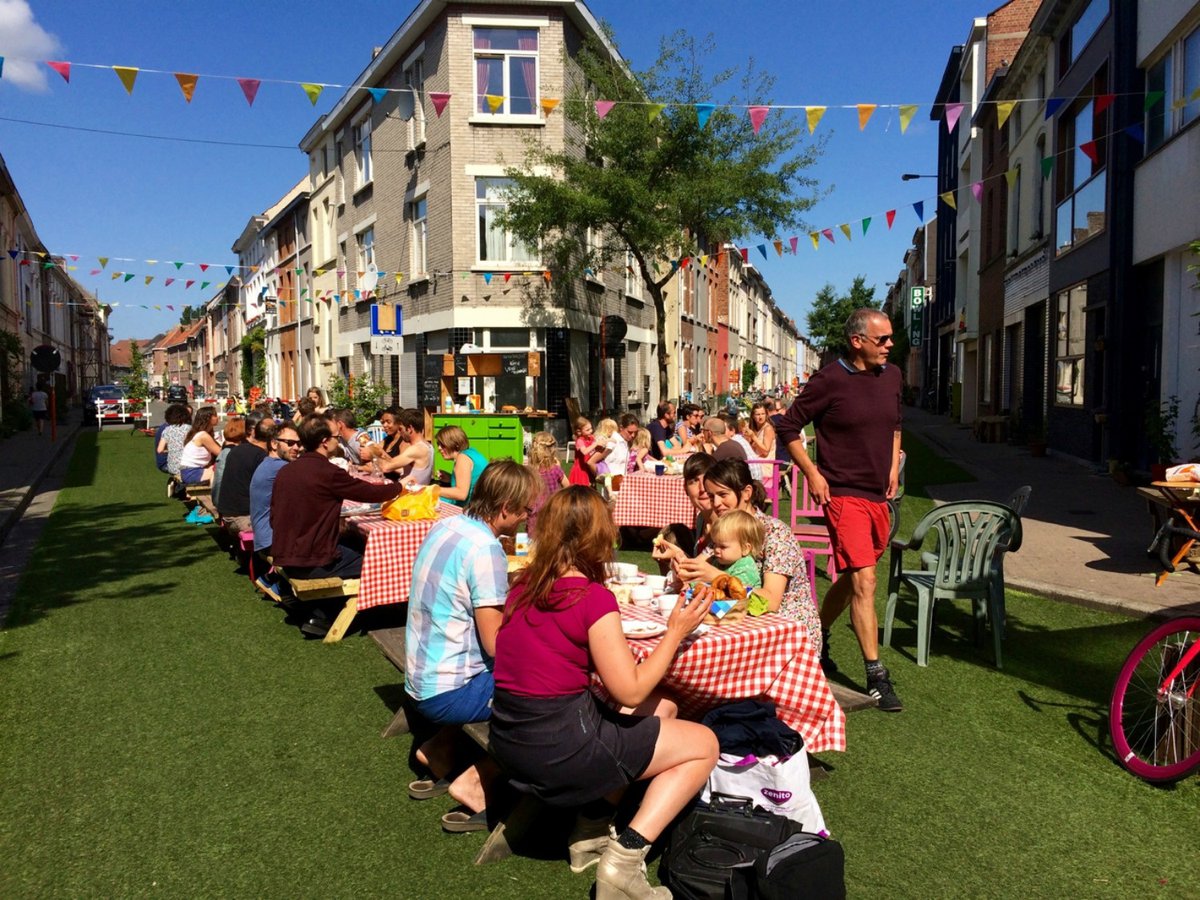 This is not to imply that citizens’ initiatives are the panacea for all challenges, but they can be an important part of the future if we are willing to widen our gaze. These examples clearly demonstrate that we have three basic options to address challenges and to organise society. This broadened view of society can be visualised in the following triangle. 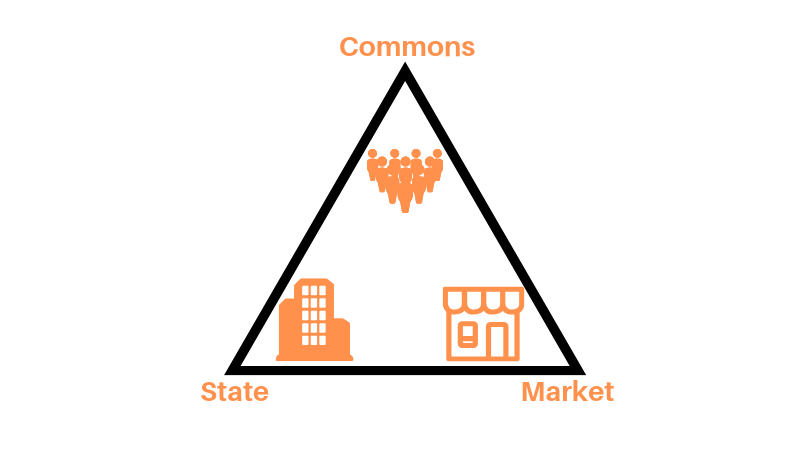 The binary spectrum discussed above is actually only the line at the base of the triangle. Once one conceptualises the three corner points, with autonomy above as the vertical dimension, it becomes immediately clear that when people only look for solutions in the corners of the market or of the state, they also plead for less citizens’ involvement. The horizontal baseline is typical of modern industrial society; transitioning from this line up to the top of the triangle is a feature of the current post-industrial society that promotes other forms of participation in social life from the perspective of autonomy, with as central example citizens collectives (Commons).

As a source of social innovation, the importance of the autonomous sphere cannot be underestimated; a lot of solutions to societal challenges did not come at first from the government or from business, but from creative citizens. The aforementioned Abbeyfield Houses are a good example, as are social innovations such as car sharing, organic farming initiatives, and food teams. And who built the first windmills to produce electricity? It was citizens developing a positive alternative to nuclear plants in countries like Denmark and Ireland. The triangle shows the importance of a larger independent social sphere where people can deploy their capabilities without the interference of market or state.

From public-private to public-civil partnerships

Most citizens’ initiatives rely in one way or another on cooperation with the state. Just as successful projects of local authorities need the participation of citizens. This is not a problem: it is the future! The neoliberal regime of the last thirty years dictated that the best approach to organising anything in society was one based on markets and competition. This has led to a wide array of public-private partnerships, which most of the time leads to a government losing its grip on policy areas and citizens paying too much tax for the services delivered. Again, the triangle clearly shows the alternative, future way to develop: public-civil partnership. With more and more citizens taking the initiative themselves, the challenge for governments is to turn themselves into a Partner State, as is already happening in Bologna and Ghent. Here, politicians don’t see their political constituency as a region to manage from above, but as a community of citizens with a lot of experience and creativity. Leaving top-down politics behind, they develop forms of co-creation and co-production.

As the example of Living Streets shows, with public-civil partnerships, an underestimated area of the triangle of societal possibilities is explored in a positive way. Stimulating and sustaining the Commons requires an active state which develops new institutions that allows citizens to engage in transition projects. 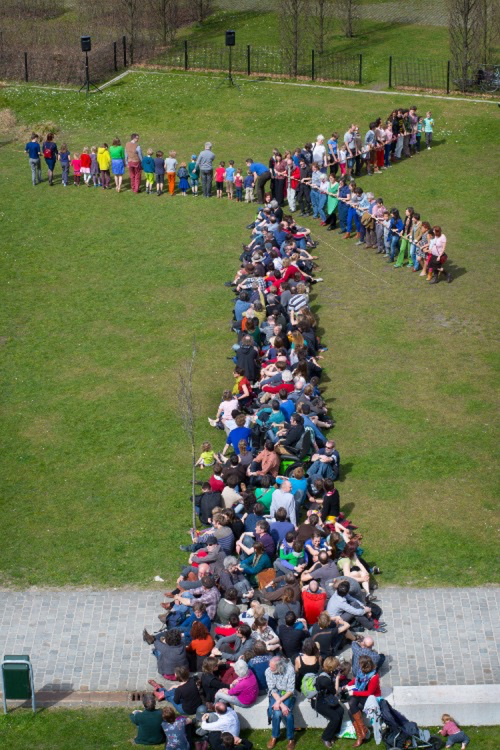 Witnessing the proliferation of citizen initiatives, Ghent invited the international Commons-expert Michel Bauwens to devise a Commons Transition Plan for Ghent. The strength of this report is that it formulates concrete innovative proposals based on the concept of the Partner State, which builds on horizontal co-production projects and civil-public partnerships. At the same time it poses the question of how cities can be actors in social, economic, and institutional change at a time when nation-states are no longer capable of regulating the transnational economy. Can networks of cities be part of a new transnational governance model?

The Transition Plan starts with a critical analysis: Ghent doesn't give the same level of institutional support to the Commons as it does to mainstream start-ups. If this doesn’t change, the Commons could remain marginal as an economic player. This brings us to the crucial part of the Bauwens's report — coherent proposals for new institutions that allow the consolidation of the new wave of Commons. There are three clusters of proposals:

In addition to this focus on the role of citizens’ collectives, Ghent has introduced a whole array of innovations to improve the democratic participation of its citizens, such as the Citizens’ Budget. In December 2016 the City of Ghent set aside €1.35 million and then called upon every resident of Ghent to submit proposals to help tackle challenges in their city, neighbourhood and/or district. An art studio for children? More greenery in the streets? Support for newcomers? A project to bring associations and businesses together? Anything was possible. From the word go, the Citizens’ Budget was an ambitious next step in the city council’s extensive tradition of participation and ‘having your say’: by ceding the decision-making power for a part of the government budget, Ghent explored different kinds of relationships between individual and public interests, between citizens and policy, and between diverse domains and sectors. In total, 261 proposals were submitted to www.burgerbudget.gent in a short period of time. There was a vote on 105 projects, and 17 initiatives are now being implemented.

A long but exciting road ahead

Ghent shows that we are witnessing a whole new form of politics, where top down policies are gradually replaced by the perspective of the partner state. It grasps the potential of the energy of more and more citizens wanting to get their future back in their hands, while at the same time acknowledging the importance of politicians having the courage to set bold social and ecological goals. It depends on creative civil servants, who have the autonomy to leave their desks and become civil entrepreneurs. The potential of public-civil partnerships is clear, the challenge for every city is to develop its own, situated model and create the institutions necessary to make it happen.

To find out more about Dirk's work please visit his websitehere.

Dirk Holemans was a city councillor for the last twenty years in the Belgian city of Ghent. He is the Director of Oikos, a think tank for Social-Ecological Change. 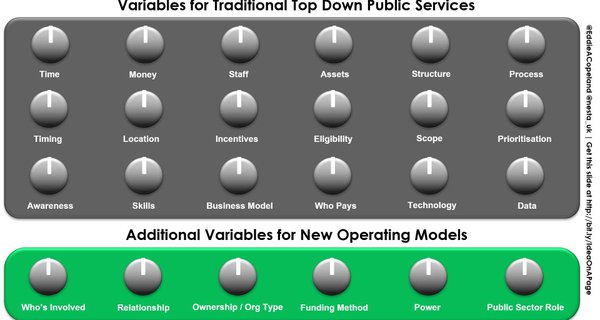 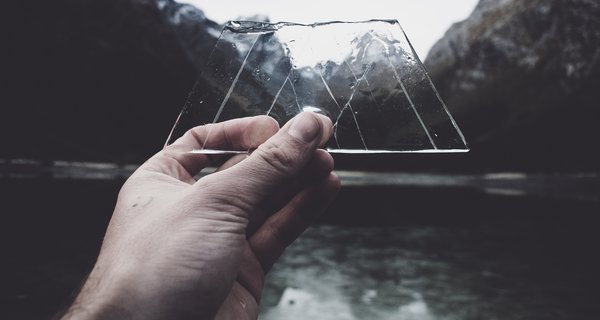 A call for local authority pioneers to join the Upstream Collaborative

We are excited to be launching a call for senior, strategic leaders from councils across the country to take part in a new collaborative network. We are specifically interested in those experimenting with new models tha…
Blog
13 June 2019 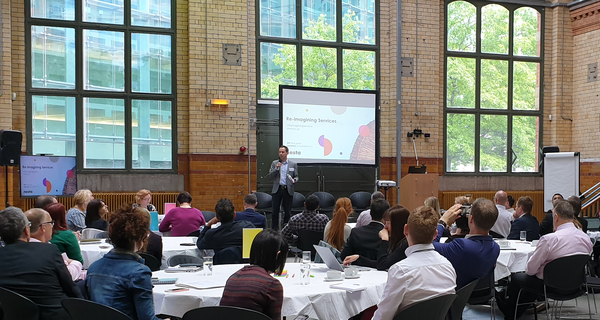 Reimagining Services: ideas, examples & plans for the future
Blog
29 May 2019