Private spaceflight isn’t the future - it’s the present, and its technology is stuck in the past

There are missions that anyone with a passing interest in space can reel off.

Vostok, Apollo, Mariner, Mir and many more have starring roles in popular culture.

But beyond Elon Musk’s recent launches (which are, in any case, NASA-funded), and the X-Prize-winning SpaceShipOne (which never came close to reaching orbit) there is only one commercial spacecraft I can think of that has ever caught the public imagination.

And that’s because it lent its name to a football.

Although popular culture is only now opening its eyes to the potential of commercial spaceflight, it has been with us since the earliest days of the space race.

Oscar-1, the first privately-built satellite, was launched in 1961, just four years after Sputnik. Telstar-1, the first experimental communications satellite, came less than a year later. When Early Bird started routine TV transmissions in April 1965, only 16 humans had ever orbited the Earth.

Today, the annual space economy worldwide is worth about $256bn, of which only about $75bn is public money. If space were a country, it would have lower public spending than any in the OECD [1].

With such vast sums of money already being invested, spent and earned by the private sector, there is clearly no need to boost commercial spaceflight. Yet there are things that could be done to help the sector and support the growth of the space economy in the UK.

The UK doesn’t build rockets. France, which leads both the Arianespace launcher consortium and runs Europe’s spaceport at Kourou, is the undisputed European leader.

But British firms often build and run what sits atop the rockets. The UK has world-leading satellite design and construction (such as SSTL and Airbus Defence & Space’s UK subsidiary) as well as experimental space science and technology research (UCL MSSL, RAL Space). Inmarsat and Sky run global satellite businesses from London. But actually much of the strength of the UK’s space sector is in small and medium sized enterprises, often delivering high-value niche products and services.

Yet for a high tech industry, the space sector is not as innovative as it might be.

A provocation: Space is not innovative

Satellites are largely bespoke and hand-built; launching them costs tens of thousands of dollars per kilo. Once they’re in space, hardware faults are impossible to repair. There is a strong incentive to be risk-averse, and to stick to reliable, tried and tested technology.

Spacecraft designers have to take into account far more than just the computing power of a chip. Its reliability when exposed to heat, radiation or vibration, and even the strength of its metal connectors as a spacecraft goes through g-forces of launch, are far more important. Superfast processing isn’t much good if your electronics fall apart at the moment of lift-off.

That means that many of the innovations that have transformed consumer electronics on Earth are yet to make an impact in space. Cutting-edge imaging systems on satellites helped create many of the technologies in today’s digital cameras and smartphones, but today it’s the phones that lead on light, compact and low-power electronics. (They take higher resolution photos too [2].)

One big element of this miniaturisation has been combining components together into single chips. In a current model iPhone, the CPU, cache, memory, sound and graphics subsystems are combined into a wafer of silicon of just one square centimetre. Ten years ago, it would have taken a desktop computer to provide the same computing power - and each one of these functions would have been a separate, bulky, power-hungry component, connected through circuit boards, cables and ribbon connectors.

Aside from a few technology demonstrators launched by NASA and one by SSTL using actual smartphones (not just smartphone components) as part of their hardware, this same miniaturisation and integration is yet to take off in satellite design.

The upshot of this is an array of vintage technology powering some the icons of modern technology, like the Curiosity Mars rover, which has the same guts as the original late ‘90s iMac. It’s not just computing performance that suffers from this technological conservatism: Satellite designers also tend to play it safe with sensors, power sources, folding components (like antennas and solar panels) and even propulsion systems.

The result of this entirely rational behaviour is spacecraft that are less technologically able, heavier and bulkier than they could be.

The innovation we need

So what practical innovations could be useful to the sector? I think the correct incentives and rewards could encourage firms to overcome this conservatism, providing a more benign environment in which they would be more comfortable taking risks with new technologies. There are initiatives in the field - SSTL and Innovate UK’s TechDemoSat mission being a great example - but the problems persist.

Based on discussions with people working in both commercial and scientific spacecraft design over the years (and I’m very interested to have more of these - get in touch!), here are a few things I think would help, and which could be fertile territory for challenge prizes:

For all that space is both exciting and commercially important, I’m keen to steer clear of hubris - about what space is good for, but also about evangelical belief in the free market.

The cost of a gigabyte of data communicated by satellite is falling by a factor of 10 roughly every eight years. This might suggest that we’ll all be surfing the net on satellite smartphones within a decade or two. But cellular data costs are falling twice as fast: the gap is growing, not shrinking. When traffic gets high enough, spending money on expensive infrastructure starts to make sense - hence why phone operators phased out the microwave phone network in the 70s and 80s and invested in fibre optic cables - and also why there’s now good 3G cell tower coverage even in low-income countries.

Satellites are great, but they’re not always the solution.

The free market, too, is not necessarily the solution. Even though space spending is now largely private, the sector remains a pretty classic example of a mixed economy with strategic involvement by state actors. It shouldn’t come as any surprise that the launcher business is closely tied up with public space agencies and the arms industry. But commercial satellite applications are tightly bound up with public programmes too - from the GPS system (built by the US military, but which has paid for itself through tax revenues generated by its use) to freely-available public data like Landsat images which underlie mapping and navigation.

The success of the private sector in space is built on these foundations. Budding John Galts of space take note.

1. This is admittedly a slightly cheeky comparison, drawn from figures in the OECD’s The Space Economy at a Glance report - as with many things in space, it depends enormously on what you count. The OECD’s definition of the value of space economy includes the total turnover of things like satellite television and weather forecasting, not just the value of the satellite services involved. A narrower definition would be far more dominated by public money - but on the other hand, a narrower definition would not capture the huge value of spaceflight to the world’s economy.

2. Resolution, of course, is far from the only thing that matters in a photo, and satellites’ CCDs are still leagues ahead on detecting fine gradations of light and dark or subtle distinctions in colour.

The next decade will be pivotal – for Scotland and the world. The pandemic will cast a long shadow that will test our social cohesion, exposing its fragility and its strength. 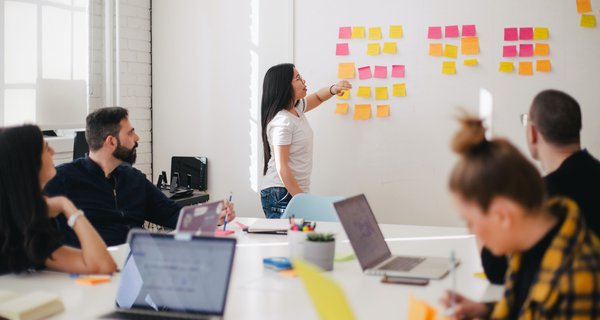 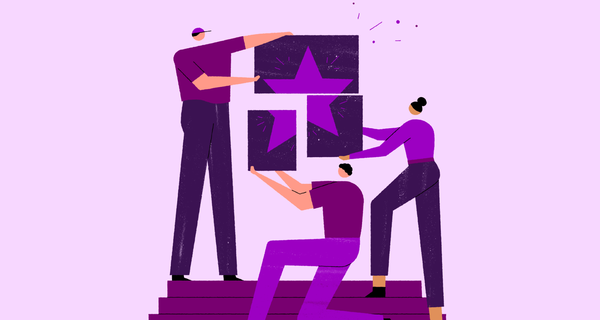