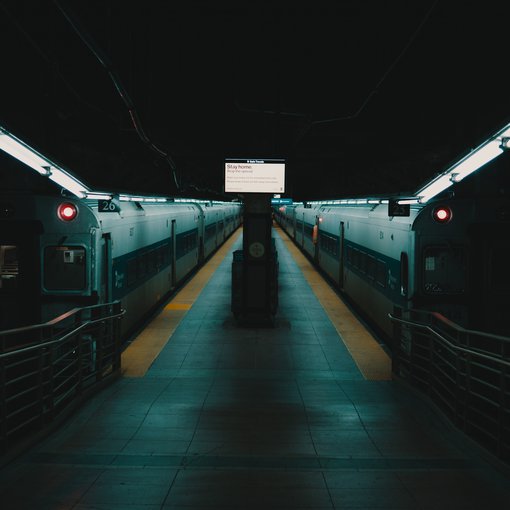 It should have been artificial intelligence’s moment in the sun. With billions of dollars of investment in recent years, AI has been touted as a solution to every conceivable problem. So when the COVID-19 pandemic arrived, a multitude of AI models were immediately put to work.

Some hunted for new compounds that could be used to develop a vaccine, or attempted to improve diagnosis. Some tracked the evolution of the disease, or generated predictions for patient outcomes. Some modelled the number of cases expected given different policy choices, or tracked similarities and differences between regions.

The results, to date, have been largely disappointing. Very few of these projects have had any operational impact – hardly living up to the hype or the billions in investment. At the same time, the pandemic highlighted the fragility of many AI models. From entertainment recommendation systems to fraud detection and inventory management – the crisis has seen AI systems go awry as they struggled to adapt to sudden collective shifts in behaviour.

The unlikely hero emerging from the ashes of this pandemic is instead the crowd. Crowds of scientists around the world sharing data and insights faster than ever before. Crowds of local makers manufacturing PPE for hospitals failed by supply chains. Crowds of ordinary people organising through mutual aid groups to look after each other.

COVID-19 has reminded us of just how quickly humans can adapt existing knowledge, skills and behaviours to entirely new situations – something that highly-specialised AI systems just can’t do. At least yet.

We now face the daunting challenge of recovering from the worst economic contraction on record, with society’s fault lines and inequalities more visible than ever. At the same time, another crisis – climate change – looms on the horizon.

At Nesta, we believe that the solution to these complex problems is to bring together the distinct capabilities of both crowd intelligence and machine intelligence to create new systems of “collective intelligence”.

In 2019, we funded 12 experiments to help advance knowledge on how new combinations of machine and crowd intelligence could help solve pressing social issues. We have much to learn from the findings as we begin the task of rebuilding from the devastation of COVID-19.

In one of the experiments, researchers from the Istituto di Scienze e Tecnologie della Cognizione in Rome studied the use of an AI system designed to reduce social biases in collective decision-making. The AI, which held back information from the group members on what others thought early on, encouraged participants to spend more time evaluating the options by themselves.

The system succeeded in reducing the tendency of people to “follow the herd” by failing to hear diverse or minority views, or challenge assumptions – all of which are criticisms that have been levelled at the British government’s scientific advisory committees throughout the pandemic.

In another experiment, the AI Lab at Brussels University asked people to delegate decisions to AI “agents” they could choose to represent them. They found that participants were more likely to choose their agents with long-term collective goals in mind, rather than short-term goals that maximised individual benefit.

Making personal sacrifices for the common good is something that humans usually struggle with, though the British public did surprise scientists with its willingness to adopt new social-distancing behaviours to halt COVID-19. As countries around the world attempt to kickstart their flagging economies, will people be similarly willing to act for the common good and accept the trade-offs needed to cut carbon emissions, too?

COVID-19 may have knocked Brexit off the front pages for the last few months, but the UK’s democracy will be tested in the coming months by the need to steer a divided nation through tough choices in the wake of Britain’s departure from the EU and an economic recession.

In a third experiment, a technology company called Unanimous AI partnered with Imperial College, London to run an experiment on a new way of voting, using AI algorithms inspired by swarms of bees. Their “swarming” approach allows participants to see consensus emerging during the decision-making process and converge on a decision together in real-time – helping people to find collectively acceptable solutions. People were consistently happier with the results generated through this method of voting than those produced by majority vote.

In each of these experiments, we’ve glimpsed what could be possible if we get the relationship between AI and crowd intelligence right. We’ve also seen how widely held assumptions about the negative effects of artificial intelligence have been challenged. When used carefully, perhaps AI could lead to longer-term thinking and help us confront, rather than entrench, social biases.

Alongside our partners, the Omidyar Network, Wellcome, Cloudera Foundation and UNDP, we are investing in growing the field of collective-intelligence design. As efforts to rebuild our societies after coronavirus begin, we’re calling on others to join us. We need academic institutions to set up dedicated research programmes, more collaboration between disciplines, and investors to launch large-scale funding opportunities for collective intelligence R&D focused on social impact. Our list of recommendations is the best place to get started.

In the meantime, we’ll continue to experiment with novel combinations of crowd and machine intelligence, including launching the next round of our grants programme this autumn. The world is changing fast and it’s time for the direction of AI development to change, too.

This article was originally published in The Conversation.