There are many factors that will influence what paths people take in life; and for many, these factors have been at play long before their school results came in
23 August 2018
In Government innovation Education
6 min read 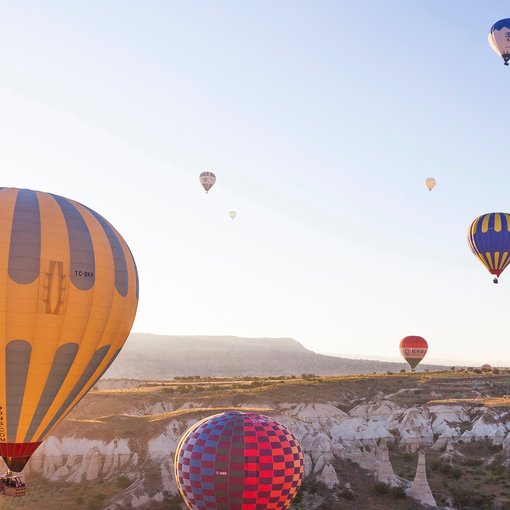 Aspiration: a hope or ambition of achieving something.

Expectation: a strong belief that something will happen.

A big congratulations to all the students around the country who have got their A-levels and GCSE results back over this week and the last. I still remember feeling the combination of excitement and angst (not to mention exhaustion!) when I got my results and thinking about what the future held.

For many young people, this is a moment of contemplation when they think about what they want to do and who they want to become. There are many factors that will influence what path people will take and for many, these factors have been at play long before their school results came in.

Over the last decade or so, strategies that seek to raise the aspirations of young people have become increasingly popular as a way to improve educational attainment and increase opportunity. A recent LSE study analysed how raising aspirations has become a focus on UK Government policy of all stripes over the past 20 years.

While raising aspirations for our youngsters is a worthy well… aspiration… a narrow focus on it risks misdiagnosing and distracting from the underlying challenges, or worse, excuses the failure of government policy and places blame at the feet of those for whom the odds are stacked against. Young people, of course, have agency in this, but policies should both help equip them to use it most effectively as well as addressing these underlying barriers.

Why focusing solely on raising aspiration can miss the mark

Firstly, focusing on raising aspiration alone often unfairly shifts the burden of overcoming disadvantage onto young people themselves, and away from policymakers and politicians. The LSE report referred to above argues this has the effect of asking young people, against the odds, to break free of the structural barriers simply by aspiring to a better life. It assumes a deficit model in that the reason young people don’t reach their potential is because of low aspirations, often without attempting to explain why that may be the case. What this means in practical terms is that aspiration strategies don’t pay nearly enough attention to why poor kids tend, more often than not, to grow up to be poor adults.

Secondly, aspiration doesn’t exist in a vacuum. Who we think we are, and what we think we can (or should) do are not merely the machinations of our mind, but products of our surroundings; influenced by things like where and when we’ve grown up, who our families and friends are and what they do. In short, our aspirations are held back or propelled forward by the expectations we inherit and receive as we grow up.

Why expectations matter for social mobility

Although closely linked, expectations differ from aspirations in that they are personal beliefs that are heavily influenced by external factors - such as what our parents tell us we can do, who we see performing certain roles in society, or common stereotypes about what kind of people are better at certain things - while aspirations are more intrinsic desires a person might have.

Social mobility is high on the agenda for both sides of politics. The idea that the context into which you are born shouldn’t define where you end up is a powerful one. When considering practical programmes that can help young people define their own place in the world, widening our concern to focus on the factors that influence expectations, and therefore, what we believe we can do in the future may be more effective at improving social mobility.

Indeed, programmes that focus specifically on raising aspiration have been shown to have little or no positive effect on increasing education attainment by the Education Endowment Fund, while a meta-analysis of parental involvement on educational attainment found that children who have families with high expectations performed better on average. In fact, since a now famous study from the 1960s, we’ve known that higher expectations (from teachers towards their pupils in the case of the study) leads to better performance, while conversely low expectations led to poorer performance.

Low expectations are often set by inherent biases or commonly accepted stereotypes, such as ‘girls aren’t good at maths’ or ‘academia isn’t for working class kids’. Take young white working class boys as an example. Many of the raising aspiration strategies referred to previously were designed with the idea in mind that that boys from white working class backgrounds perform worse academically due to low personal or family aspiration. But there’s more at play than just aspiration. In a now classic piece of British social research, Paul Willis’ book, Learning to Labour: how working class kids get working class jobs, showed how educational expectations (and aspirations) for working class boys in the Midlands was heavily shaped by how education was seen in relation to their class. School, he found, was seen as something for middle class kids, not something that ‘kids like them’ did.

Or look at how girls perform at maths and science. While girls, on average, perform better academically than boys, girls consistently perform worse than boys in maths. The OECD puts the gap in maths and science performance down to low expectations among parents and teachers, as well as a lack of confidence in their ability - i.e. their own expectations of themselves. To further show that there’s no inherent difference in boys’ and girls’ analytical abilities, when academic results for science and maths are adjusted for self-confidence, girls who said they were good at science performed just as well as boys with the same level of self-belief. The problem is that many more girls lack self-confidence in these areas than boys and prevailing gender stereotypes are a major contributor to this.

Don’t get me wrong. I’m not saying that everyone should study maths or that university is necessarily for everyone. The point is that young people should have as many genuine options open to them as possible. And societal expectations - ranging from inherent biases to commonly accepted stereotypes - act to hold people back by limiting what they believe they can do, whether that’s going down an academic route or otherwise.

What can we do to set high expectations?

There are many things policies and programmes can do to help create higher expectations for young people, such as raising confidence and self-belief; increasing diversity and participation of under-represented groups in a wide range of professions and vocations, and particularly in positions of authority and power; exposing young people to different possibilities and pathways; or widening social networks and bridging divides across difference.

An example of an organisation that is changing young people’s expectations about what they can achieve is UpRising, a youth leadership charity working with talented young people from under-represented groups to build their leadership skills and confidence. I had the privilege of attending their London graduation this year, where, one by one, inspiring young people with aspirations to change the world, spoke about how before they could dream to change the world, they had to believe they could. The programme helped them fight the impostor syndrome they were conditioned to feel, allowing them to believe that they deserved to be at the table - whether that’s in the boardroom, the Cabinet or whatever table they want to be at. These young people are some of the best examples of how, with a bit of support to build confidence and shift expectations, their ambitions can be unleashed and pursued. 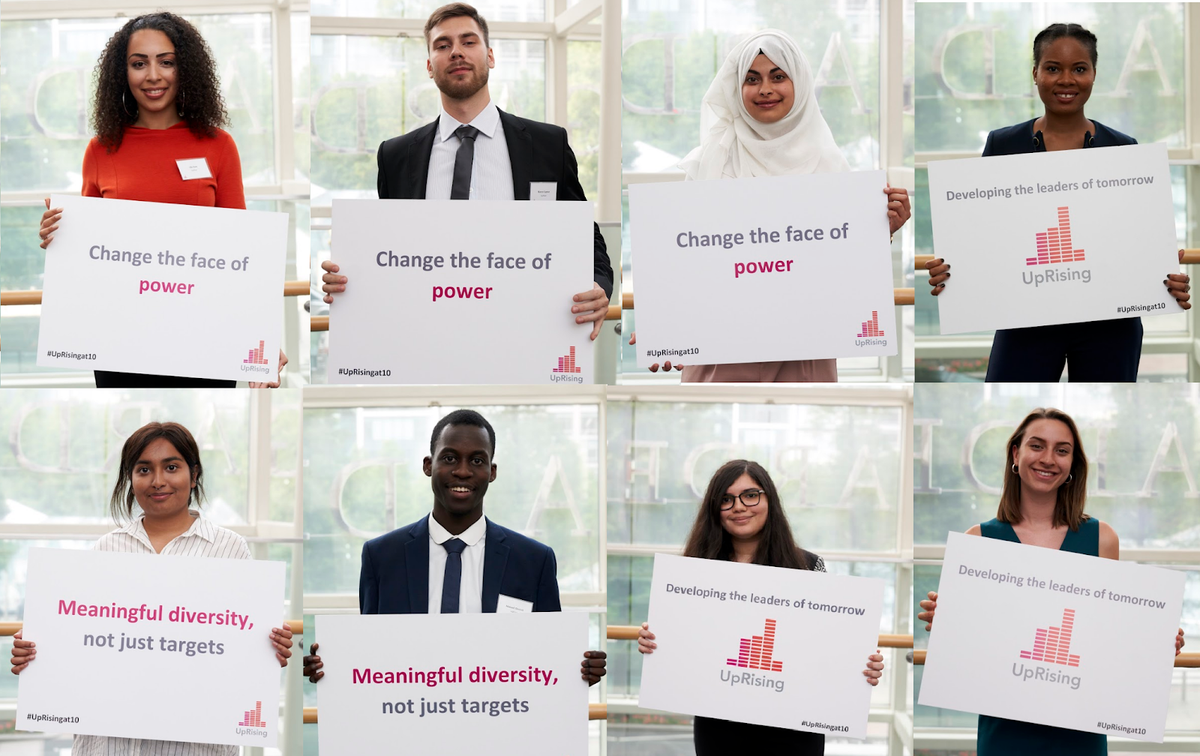 Another great example is In2ScienceUK, a charity aiming to inspire and support the next generation of scientists, engineers, and innovators. They work with students from disadvantaged backgrounds to support them to study STEM-degrees at university by increasing their exposure to the world of science - providing work placements, connecting them with STEM professionals, and running workshops to show what types of careers are possible. Nesta’s work looking at exposure to innovation and who becomes an innovator in the UK backs this up, showing that factors like role models and what people in your family or neighborhood do strongly influence whether one ends up becoming an innovator.

A more recent and topical example of how role models can help set high expectations is the scholarship the grime star, Stormzy, set up last week for black students from disadvantaged backgrounds to study at Cambridge University. In explaining his reasoning for setting up the scholarship, Stormzy said: “it’s so important for black students, especially, to be aware that it can 100 percent be an option to attend a university of this calibre. We’re a minority, the playing ground isn’t level for us and it’s vital that all potential students are given the same opportunity.”

While initiatives like these will help by giving greater attention to external factors that influence what people aspire to and the choices they make, they should be seen as part of a wider strategy to increase meaningful opportunities. We need policies and programmes that both give young people the tools to overcome the barriers they currently face as well as address underlying structural barriers to equal opportunities.

Finally, just like agency and structure are often presented as a false one-or-the-other choice, aspirations and expectations too are not an either or proposition. Aspiration and ambition are important. The argument made here is that we need to rebalance attention and efforts on strategies and interventions that help set high expectations for all young people, regardless of who they are or where they grew up, to give them the best chance of dreaming big.

Because you can’t aspire to what you don’t know or are told you can’t do.