Francesca Bria was a Senior Project Lead in the Innovation Lab. She was EU Coordinator of the D-CENT project on direct democracy and social digital currencies and principle investigato…

The problem with data

Algorithms and big data could be used to serve citizens, improve public services and better working conditions. But today’s digital economy is increasingly centralised, slowing innovation and challenging its potential to revolutionise society and the economy. Digital platforms are currently positing existential threats— from the monopoly of power to the lack of suitable tax and trade regulations. There is also a risk of unemployment due to automation, questions around civil liberties and individual privacy, and the disruption of our democracies. The Fourth Industrial Revolution and the digitalisation of the economy has come hand in hand with the deep financialisation of the economy and extreme concentration of market power in the Big Tech industry. This is having a profound impact on our economic and political life.

Over the last three years, the DECODE project has worked to provide viable democratic and decentralised alternatives to current dominant models, with 15 partner organisations from across Europe, all experts in their field. This includes Europe’s most prestigious privacy and security experts, non-profit organisations focused on data privacy and digital commons, SMEs working on free software development and blockchain, and public administrations in Barcelona and Amsterdam, where DECODE has been implemented.

DECODE has focused its research and development effort on new ideas of digital sovereignty and data commons, aspiring to see them implemented in EU policies. The project has successfully designed a decentralised data infrastructure which allows European citizens to control their data and share the parts they want to, on terms that are fair, transparent and accountable. The project is now in its last year, and will celebrate its successes in a big public gathering in Turin on November 5 - 6. The event is co-organised with the European Commission, Nesta Italia and in partnership with the City of Turin, Nexa Center for Internet and Society, Lavazza, The New Institute and TopIX.

The theme of the 2019 DECODE Symposium is Our Data, Our Future: Radical Tech for a Democratic Digital Society. We will discuss digital sovereignty, democratic control of platforms, and the need to democratise the digital economy. The symposium will focus on constructing viable democratic alternatives to Big Tech monopolisation, and the benefits of decentralised and privacy preserving technologies. We will tackle one of the most interesting questions currently facing the tech industry, which is the main economic sector of society: how do we re-balance the centralisation of power with greater democratic control?

With the rise of a small number of big tech companies, many people now believe technology only centralises power rather than decentralises it. Over recent years in Europe there has been consistent public investment and efforts directed into developing decentralised technologies and collective platforms that empower citizens and promote the common good.

In 2012, I led a project called D-CENT prototyping decentralised technologies for next-generation democracy that was funded as part of a big EU program called CAPS-collective awareness platforms for sustainability and social innovation. CAPS aimed to investigate the potential of collective intelligence through the use of digital technologies. The scheme supported hundreds of projects developing digital commons and looking for collective solutions to pressing social and environmental problems, such as pollution and climate change.

More recently, the European Commission has funded the Blockchains for Social Good Prize, to stimulate the emergence of sustainable, decentralised solutions based on blockchain. At the same time, the STARTS program has involved artists in science and technology developments to push forward the boundaries of innovation. Overall, these programs have achieved an exceptional rate of participation and success, demonstrating the richness of ideas and the variety of possible approaches. All that is needed is further support from the European Commission.

Within this context, DECODE has developed concrete solutions that give back democratic control of data to citizens, including a smart contract engine named Zenroom, and other technologies for data sovereignty. Through pilots in the cities of Barcelona and Amsterdam, the project is demonstrating the benefits of novel approaches to the ownership of data. DECODE’s recent pilot with the Decidim participatory democracy platform in Barcelona, and the Smart Citizen community, provided real-world examples of how local democracy can benefit from privacy enhancing technologies that increase citizens’ trust and participation in local policy-making.

Ongoing work with the City of Amsterdam is showing how alternative systems of digital identity can be used to support rights-preserving local services that minimise data collection and give control to the people, such as the cooperative platform https://gebiedonline.nl. DECODE’s technical work is now leading to new rounds of funding for blockchain-based projects and social enterprises, seeking innovative solutions to social challenges via the LEDGER project. Through its platform, DECODE will enable a new wave of applications creating open, decentralised and ethical alternatives to surveillance capitalism and laying the foundation for a people-centred democratic digital ecosystem that we all need.

Join us at DECODE’s final Symposium in Turin

Some of the most impactful projects, funded within these programs by DG Connect, will be presented at DECODE's final event. These projects show that there is an emergent and vibrant EU Next Generation Internet ecosystem, developing decentralised, privacy-enhancing and rights-preserving technology.

After reviewing the most promising and impactful technologies on Day 1, the symposium will dedicate Day 2 to discussing how these projects could fit into the broader context of Europe’s efforts to protect fundamental rights of its citizens, and to restore its economic and technological sovereignty. The event will discuss some of the most pressing issues in the digital economy, such as the need to revitalise antitrust regulation in light of the relationship between data extraction, privacy and competition policy in digital platforms; and the geopolitics of fintech, questioning if global digital currencies such as Facebook’s Libra are posing a threat to national monetary sovereignty, and if central banks should issue their own public alternatives to private digital money.

We will also discuss Europe’s new industrial policy that should be centred around Europe’s digital sovereignty and democratic control over data, AI and platforms, and also how to democratise the knowledge economy to put it at the service of a Green New Deal - helping to fight the climate emergency and de-carbonising our economy with an ambitious economic policy.

Amongst the main speakers of this year's symposium are:

Europe has a unique chance to be a force for change, by proposing a sustainable and more democratic, human-centred, digital economy. Europe can take a stand between the extractivist and monopolistic model of US digital capitalism and the authoritarian model of Chinese capitalism – proposing a positive vision for digital Europe economically, socially, and politically.

These are existential questions that need an ambitious political agenda fit for the digital and ecological transition. DECODE is proposing a 'Digital Green New Deal' that is about democratising the knowledge economy and using information technologies to attain both social and environmental sustainability.

In this final event, we will show concrete positive alternatives starting from the ground up, to reclaim data sovereignty for citizens and develop technologies for a democratic society in order to imagine a digital future that can benefit all people.

Francesca Bria was a Senior Project Lead in the Innovation Lab. She was EU Coordinator of the D-CENT project on direct democracy and social digital currencies and principle investigato…

Posted by Simon Brodeur
23 Oct 2019
This is music to my ears as we approache the moment when it becomes increasingly difficult to think our government is apt to insure our soveignty and the proper governance in term of social, economic and legal policies. Clearly, there has been a ten year gap where nothing was done in the name of letting innovation take place in industry. The wake-up moment has arrived and Europe is clearly the only possible leader in developping an understanding and a global policy for citizenship and governance in the age of digital colonization.
Posted by Dr Peter Shukie
16 Oct 2019
There are some excellent examples here and I wonder how we might be involved in the discussion and the future developments. Going to Turin is not possible for me but we have a similar approach in developing a project that makes education community-focussed, using free to use and open access courses. It is powerful and empowering for thos involved, but can feel isolating too when beyond institutional spaces. Any links, opportunities to engage and access to these talks would be very helpful.
Posted by Martin Dougiamas
15 Oct 2019
I'm really loving the language, tone and particular the IDEAS in here, Francesca. To me this is the best of European thinking, yes, contrasting the dominating tones from US, China and Russia, providing the noblest sense of "we". Our infrastructures are half of what makes us human, if not more. And an ever-increasing percentage of those infrastructures are now digital. The Wild West days of the internet should be over. We need to (re)build the internet as an strong, equitable foundation for all aspects of our civilization, focused on group empowerment, in ways that tackle the 17 Sustainable Development Goals (just for starters). 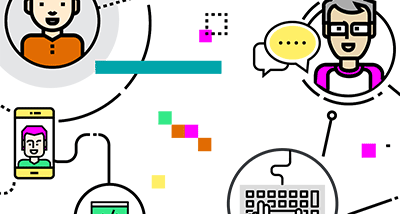 Parents Helping Parents: It takes a village to raise a child

How the power of parents and their communities can be harnessed to better support families with young children.