Whether discussing entrepreneurship, innovation or business growth, a policy tool that often comes up in conversations with policymakers is mentoring.

Eszter is a postdoctoral scholar at the Department of Economics of the University of Chicago. 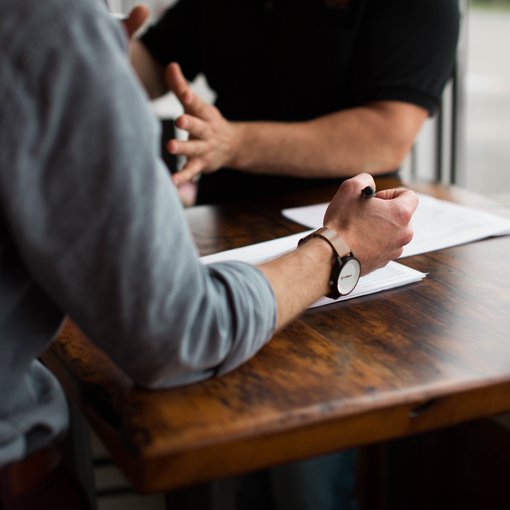 The topic of mentorship programmes and their impact is also widely discussed among entrepreneurship scholars (as demonstrated by this recent twitter thread). In this blog post (the first in a series of two posts on mentoring), we summarise interesting research findings relevant to this area, and identify some gaps in the literature where further research is needed.

In theory, business mentoring (a professional, development-oriented relationship in which an experienced mentor offers advice and encouragement to their mentee/protégé) is a cost-effective ways to support small enterprise growth. In practice, however, there is still a lot we don’t know about the effectiveness of such programmes. The What Works Centre for Local Economic Growth concluded that the evidence base on business mentors was quite weak. As a result, policy interventions are often based on observed correlations rather than on causal evidence.

In theory, business mentoring (a professional, development-oriented relationship in which an experienced mentor offers advice and encouragement to their mentee/protégé) is a cost-effective ways to support small enterprise growth. In practice, however, there is still a lot we don’t know about the effectiveness of such programmes.

Our focus: Rigorous evidence from RCTs

While observational studies and surveys are informative about the prevalence of mentoring (e.g. how often it occurs, whether there is unmet demand, and who the suppliers of mentoring are), when it comes to measuring the benefits of mentoring, they tend to produce biased results. To understand why, consider the selection process into mentoring relationships. Business owners interested in receiving mentoring may be different from their uninterested peers, either in terms of their “coachability” or in the specific situation their business is facing. Even if they seek out mentors, founders may differ in their ability to actually establish an ongoing mentoring relationship with a more experienced peer, or may have access to different quality mentors. A simple comparison of business performance between firms who received mentoring and those who did not receive any can thus be misleading: these two groups of businesses and their mentors probably differ from each other along several important dimensions, many of them changing over time, often unobservable for the researcher.

Consider an example where very motivated founders who also have good business networks are the ones who end up receiving mentoring. If we then observe that mentoring is correlated with superior business performance, we have no way to tell whether this result is attributable to the mentors’ advice or to systematic differences in the founders’ (unobservable) characteristics.

To overcome the challenges that stem for self-selection into mentoring, researchers can use data from “natural experiments” or conduct randomised controlled trials (RCTs, also known as “field experiments”), where access to mentoring is randomly assigned. This approach has been commonly used to measure the impact of mentoring in various contexts, ranging from career development programmes for female assistant professors to support for disadvantaged youth. In recent years, researchers conducted several noteworthy trials that focus specifically on the effects of business mentoring.

Mentoring affects the decision to become an entrepreneur

In a trial conducted during an entrepreneurship course at a US university, students who were randomly assigned an entrepreneur mentor were approximately twenty per cent more likely to pursue an entrepreneurial career two years after graduation than their peers whose mentor was not an entrepreneur. Specifically, being mentored by an entrepreneur increased students’ propensity to join an early-stage venture, whereas their decision to start a business was not affected. The effect of mentorship was concentrated among students whose parents were not entrepreneurs, but it is unclear whether it operated through knowledge and skill transfer, business network sharing, or role modelling.

Similarly, students at a Tunisian university who were randomly admitted to the entrepreneurship track that offered training and personalised professional coaching were more likely to become self-employed than students who were interested in the track but were randomly denied access (though the effects were rather small, and it is unclear which component of the programme - education or coaching - played a more important role).

In a trial that involved inexperienced female microenterprise owners in a Kenyan slum, mentoring by an experienced entrepreneur from the same community increased short-run profits by 20 per cent on average, and led to sustained gains for mentees who continued to meet with their mentors after the intervention ended. Formal business training, despite changing business practices, did not improve firm performance. These result highlight the importance of actionable, localised information that mentors can share with their protégés.

While the Kenyan trial has clearly demonstrated the potential of mentoring for providing cost-effective business support, it is unclear to what extent their findings can be extrapolated to other contexts, including more developed countries and larger-than-micro entreprises. We are therefore eagerly awaiting the results from an ongoing trial in Norway where SMEs randomly receive either no support, mentoring, or the financial equivalent of the cost of mentoring. Researchers will analyse the impact of the intervention not only on firm performance, but also on the outcomes of people connected to the firms by employment, ownership or board membership. Another exciting ongoing trial studies the impact of coaching that combines aspects of teaching, training, mentoring, and consulting on the survival and business success of technology-based ventures in Germany.

The above-mentioned studies mainly focus on access to business mentoring; however, mentors’ characteristics are crucial determinants of the success of mentorship programmes. In a trial embedded in a massively open online course (MOOC), students randomly received different instructions regarding the type of strategy to pursue and the type of mentor to seek. Results uncovered important interactions between start-up strategy and mentor networks: students’ firms in this trial only benefited from adaptive strategies - which emphasise flexibility, agility and the ability to improvise - when their mentor had diverse social ties that allowed them access to novel and unique information.

What we don’t know

What makes a good match?

Findings from other contexts suggest that a demographic similarity between mentor and mentee may be beneficial. Exploiting the random assignment of mentors to cadets at the United States Military Academy at West Point, researchers found that cadets who have the same gender or race as their mentor are more likely to pick their officer’s branch as their preferred occupation. Several natural experiments demonstrate the importance of student-teacher gender match on student achievement and subject interest, including long-term effects on pursuing an education in STEM. A trial at a German university suggests that these results carry over to entrepreneurship education, too: exposure to female entrepreneurs boosts the development of entrepreneurial self-efficacy and attitudes towards entrepreneurship of female students.

Demographic similarity between the mentor and mentee thus seems to positively affect the decision to become an entrepreneur - but future research is needed to understand its impact on business performance. One aspect to consider is whether matching mentors and mentees along gender or race/ethnicity lines may further exacerbate existing inequalities in access to business networks. Focusing on demographic characteristics may also obscure other, potentially more important dimensions of the match, such as sector or location.

An important question for policy design is whether mentoring by an experienced entrepreneur is more beneficial than peer-to-peer learning. Peers seem to influence the choice to become an entrepreneur, and knowledge sharing in randomly created business networks had a large positive impact on the performance of young Chinese firms. These results may tempt policy makers to prioritise knowledge sharing between peers over mentoring, especially if mentors require costly training or compensation. However, peer-based interventions’ success depends crucially on the quality of peers. In the Chinese trial, firms randomised to have “better” peers (measured by their size at baseline) exhibited higher growth. In a trial among high-growth Indian tech firm, entrepreneurs only benefited from peer advice if their peers had a formal, rather than passive, approach to management. As such, we would welcome studies that directly compare the cost-effectiveness of support programmes that facilitate mentoring compared to peer-to-peer learning.

While there is some evidence that mentoring programmes work, it is unclear what mechanisms explain their success. Is it the sector- and location-specific information that mentors provide? The general business-related knowledge and successful management practices that they share? The business networks that they open up to their mentees? Or do they serve as role models, increasing their protégés’ aspirations?

A fascinating trial in Chile supports the latter explanation: during a training programme for micro-entrepreneurs, participants who were randomly chosen to be visited in class by a successful alumnus of the programme had higher household income one year after the one-time visit than fellow participants who did not receive a visit. The effect was mostly due to the increased business participation and business income of the treated participants. Strikingly, this role model intervention yielded results that were comparable to the impact of personalised consulting sessions, at a significantly lower cost. However, given the possibility that this finding is context-specific, we need more trials replicating this success before we can recommend scaling up the intervention or extending it to different populations.

We hope this summary provides a useful starting point for a broader discussion on the evidence base for mentorship programmes. We would love to learn about more trials in this area - please send along relevant works that we may have overlooked, and we will include them in our trials database and the second part of this series, where we will discuss how to design mentorship programmes in practice.

Interested to learn more about state-of-the-art research on mentoring? Join us at IGL2019, where Saurabh Lall will present their trial, Matchmaking and Mentoring: An Experimental Study of Entrepreneurial Mentoring.

Eszter is a postdoctoral scholar at the Department of Economics of the University of Chicago. 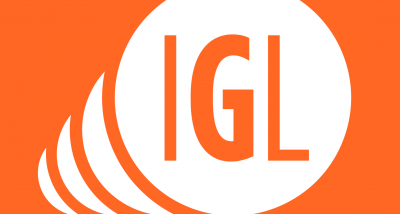 The Innovation Growth Lab is a global collaboration that develops and tests different approaches to support innovation, entrepreneurship and growth.
Unit
17 May 2018