Valuing the Invaluable: A parks for all fund

Valuing the Invaluable: A parks for all fund

Holly is an architect and co-founder of architecture and urbanism practice, We Made That.

Parks as multipliers of investment

Everyone likes a park. But, I’m not sure how many of us truly appreciated how important they are to our way of lives and sense of well-being until recently. The value of our parks has become acutely felt during the COVID-19 pandemic and associated lockdown. When being outside was restricted to just one hour a day, town and city parks became the go-to place for many. Even after the strictest lockdown measures were lifted, parks became a vital resource for both physical and mental health for those with limited access to private outdoor space, small gardens or any semblance of a social life.

Contrast this with recent years, where so often the conversation around the future of parks frames them in terms of cost – as liabilities that must be covered.

We need to change the basic premise of this conversation – to understand parks as multipliers of investments that are made into them. This will require us to question established models of value.

From the work my practice We Made That did on the High Streets for All study for the Mayor of London, which considered the social value of London’s high streets, I know the challenges that this poses – we’re not very good at placing value on so many of the things that matter. For this study, high streets were defined as ‘any stretch of adjacent retail unit of 250m or more in length, though we know from multiple studies that they can include a much wider range of uses than merely shops.

Our research found that 51 per cent of people surveyed on London’s high streets during the day were not employed, compared with 27 per cent across the entire city. This highlights our high streets as important places for groups at risk of marginalisation and under-representation – the unemployed, young people, those with young families and the elderly. Much the same can be expected of our parks. Whilst examples of value such as this can be difficult to quantify – consider the value of a shopkeeper knowing a lonely older person’s name or the value of a child having space to run around – they are nonetheless essential to be recognised as funding decisions are made. Whilst high streets are certainly facing current challenges, I am encouraged that their value has been recognised sufficiently to attract the £1bn Future High Streets Fund from the UK government.

Take just one example of a park delivering for its local community; Myatts Field – a 14-acre Victorian Park in Camberwell, South London. Surrounded by diverse communities and a range of socio-economic groups, it has the obligatory open lawns, mature trees and rose beds of a common-or-garden local park. Alongside these sit tennis courts, a playground, a community café, food growing space and a greenhouse, a 5-a-side football pitch, a basketball hoop, an outdoor pre-school, a nature area, public toilets, secluded ‘no dog’ areas, a band stand, a weekly market, a tuck-ed away stone mason’s yard, bee hives and wedding venues. It’s a tardis of a park that crams value into its modest scale. Throughout the day and across the week, the park is a hive of activity, bustling with people of all ages and ethnicities, from babes-in-arms to centenarians. Currently run on a shoestring by a small charity, the value that its local communities receive from its presence outweigh the funding it attracts many times over. Collectively, we need to be better at evidencing and promoting the value of this public good, and better at maximising it to address the substantial public health challenges faced by our towns and cities, and the global challenge of the climate crisis.

Research has clearly shown the positive health outcomes associated with outdoor activity. If you have access to a good park, your chances of achieving the 20 minutes of exercise that can reduce your risk of heart attack or stroke by 50 per cent are increased. While the link between investment in public spaces and improved health outcomes has been established, more research in this area would help us to articulate the local public health benefits of high-quality parks. In Waltham Forest, improvements to streets to prioritise walking and cycling over vehicular transport through the Mini-Holland schemes has caused an evidenced uplift in physical activity with anticipated life expectancy gains of seven months for residents across the borough.

Now, of all times, we should recognise that investment in our parks is a public health issue of relevance to everyone in our towns and cities. This understanding should lead to greater cross-departmental collaboration within local authorities to target place-based improvements in and around parks – in public health, regeneration, education and economic development. At We Made That, we see some pioneering examples of this – improvements to the greenspaces on the Chicksand Estate in Whitechapel are funded through the public health team. Recently, the London Boroughs of Camden and Islington have launched a joint Parks for Health programme. Still, these examples seem to be outliers rather than the norm and the funding they attract is in the hundreds of thousands of pounds, not the hundreds of millions that it needs to make a meaningful difference at a national level.

Next section: A Parks for All Fund
Part of
Rethinking Parks

Holly is an architect and co-founder of architecture and urbanism practice, We Made That. 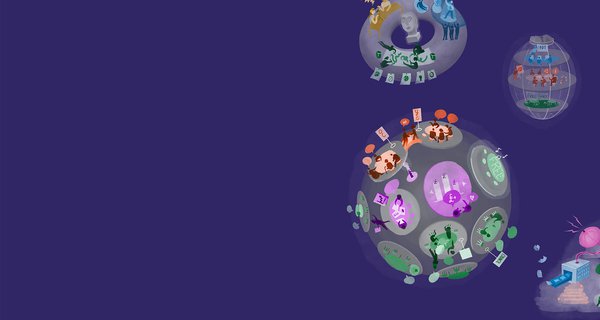