China’s use of AI in public services

Since China has more than 500 smart city pilots, we will not attempt a comprehensive overview of the field. Instead, we will briefly discuss two flagship projects – traffic management and smart courts – that might provide important lessons.

The former example is indicative of more traditional applications of AI in smart city technologies, while the latter may offer a glimpse into how the Chinese government is planning to use technology to improve the core functions of the government within the parameters of its political system. At the same time, we must caution that these cases describe relatively successful and well-known flagship projects and are not necessarily a reliable indicator of the overall performance of China’s smart city programme. 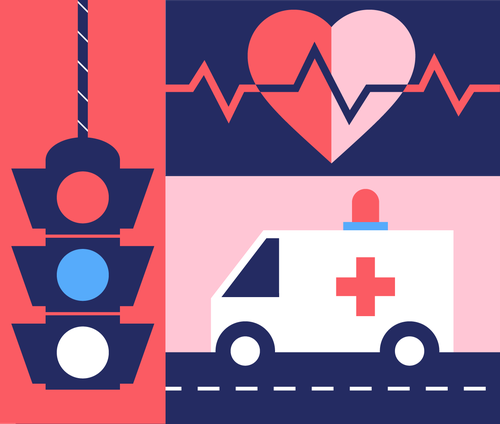 City Brain is a system of urban traffic management first launched in Hangzhou in 2016 with the primary goal of reducing traffic congestion. It was jointly developed by 13 companies in collaboration with the city government and is operated from Alibaba’s cloud service. While City Brain was initially built around image recognition algorithms to detect traffic from traffic camera video feeds, it gradually developed into a data co-ordination centre that consolidates data feeds from more than 700 IT systems from different government agencies. It attempts to identify and solve an array of problems ranging from traffic management (including traffic light optimisation and facilitation of emergency response for ambulances and firefighters) to waste collection, parking lot management and health monitoring of the city’s aging population. City Brain is available in several different modifications and has been implemented in 23 cities across Asia, sometimes within the Digital Silk Road component of the Belt and Road Initiative.

The evolution of the City Brain project has several notable features that are common to many smart city projects in China. The first is rapid growth. City Brain started as a small pilot for traffic management and grew into a comprehensive large-scale system that is governing many aspects of urban management. Its rapid evolution resembles the growth of a startup, where the focus is on rapid development with mistakes and bugs fixed along the way. Since the project was developed in a short time and quickly exceeded its initial scope, we can conclude that it was unhindered by lengthy deliberations and the participation of civil society groups and other non-government stakeholders.

The second notable feature is the emphasis on infrastructure and data collection. City Brain depends on data from thousands of sensors and dozens of government agencies. Data is viewed as a source of knowledge and a valuable resource. Some of this data can be shared with a pool of private firms to help develop solutions to specific urban problems.

Third, the project is led by a big company (Alibaba) that provides the core technology (cloud service platform) and manages the co-ordination with various government departments. Notably, the project requires continuous endorsement from the highest level of the local government to allow data integration between different agencies and departments.

Finally, there is a symbiotic relationship between the leading firm and the government, where the government is helping the firm develop a business product that can be adopted by other Chinese cities and, potentially, exported to other countries. The essence of this process can be described as ‘special deals’ where local governments provide opportunities to selected firms on a non-competitive basis and help them expand to other domestic and international markets. There is some evidence that the benefits of these arrangements outweigh the costs in the Chinese context. 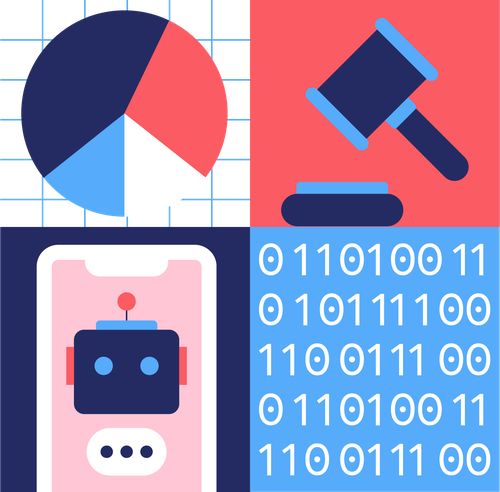 System 206 is the codename for the Shanghai High People’s Court intelligent assistive case-handling system for criminal cases, which aims to improve quality and reduce ‘false, unjust, or wrong’ charges and sentences. The system has two main components. The first is a cross-referencing system that uses speech recognition and natural language processing to compare different types of evidence and alert the judge to any contradictions in the fact patterns. The second is a sentencing reference tool based on machine learning algorithms that use the defendant’s basic information (criminal record, age, ‘social harm’ incurred, etc) to search a large database of past court records for similar cases and make sentencing recommendations. The output can take the form of a scatterplot graph, where each dot contains the information about the facts of the case and the corresponding sentence. Notably, the system can also be used to judge the judges and prosecutors by spotting the outliers – judges and prosecutors whose sentencing pattern is too far away from the mainstream. In addition, the Shanghai Smart Court features an AI-powered chatbot for information enquiries, a blockchain data transmission system that secures links with other government agencies, a natural language processing system that records and transcribes the deliberations of the collegiate panels, a smart search system and a quick-access function that uses facial recognition.

An analysis of different applications used in the Shanghai Smart Court reveals a complex picture. Applications such as chatbots are used extensively in the private sector and have been piloted in other countries to provide basic information and advice, and may even file a standard contestation of a parking ticket. In the same vein, speech recognition applications could reduce the workload of the clerks, legal transcribers and court reporters and increase the efficiency of the system, while integrated mobile payments systems and remote access to court documents could save time and reduce congestion.

Other applications, such as ‘assessment of social harm’ and sentencing references, even in an advisory capacity, could skew the decision of the prosecutor or judge to the detriment of the defendant. In addition, it could be argued that an AI-generated assessment may appear as a de facto witness against the defendant, but without the opportunity to test the quality of the data and verify the soundness of the algorithm. Some defendants (and their defenders) may lack the technical knowledge, resources and access to challenge AI processes for generating a sentencing reference and assess its potential biases. The ability to ‘judge the judges’ by focusing on outliers is also ambivalent since it could be used to discipline biased judges, but also target those judges who may appear to be more lenient in political cases.

System 206 shares a number of remarkable similarities with City Brain. Both were built in partnership with tech giants on the ‘national team’ – iFlytec in the case of System 206 and Alibaba in the case of City Brain. As with City Brain, System 206 was developed at startup speed with the primary goal of creating a viable prototype that could be perfected during operation. In the same vein, the deliberations were mainly limited to different government agencies where interagency co-ordination was facilitated by high-level political support. In another similarity with City Brain, System 206 rapidly scaled up to handle all criminal cases in Shanghai and is currently expanding to other jurisdictions.