China's use of AI in public services

Medical professionals must learn, recall and apply vast amounts of medical textbook knowledge while keeping up to date with the newest medical research/journals and pharmaceutical products. This is exactly what AI and cognitive computing are best at. AI can use natural language processing (NLP) and machine learning to read and understand millions of online documents and data points to help diagnose and recommend treatments. An example of AI cognitive computing is IBM Watson for Oncology, which has been shown to offer cancer treatment recommendations that are on par with human doctors. It has been reported that IBM Watson is already in use at 65 large hospitals in 39 cities in China, the ethical implications of which Danit Gal explores.

Researchers in China are also using AI to capture general medical knowledge. For example, in 2017, iFlytek and Tsinghua University successfully created an AI system that not only passed the Chinese medical licensing exam but scored better than over 96 per cent of people taking the exam. This is an important AI accomplishment as the exam not only tested breadth of knowledge but also the ability to understand intricate connections between facts and use them to reason and make decisions.

In 2018, the Guangzhou Women and Children’s Medical Center created an AI prototype that can diagnose common childhood diseases with accuracy comparable to experienced paediatricians. It uses NLP and deep learning to extract clinically relevant information from 1.4 million electronic health records (EHR) in paediatric patients. Applications like this can help streamline frontline patient care, such as triaging patients.

The use of AI deep learning for medical image processing has been one of the most promising applications of AI in the medical field. Artificial neural networks (ANN) and deep learning have been used to process various medical images such as MRI scans, CT scans and X-ray images. With a large enough database of medical images, AI deep learning can learn to recognise visual symptoms of potential diseases and illnesses. For example, using deep learning on retinal images can provide early detection of diabetic retinopathy with accuracy similar to that of experts. The same retina scanning technique has been used to predict heart disease. In China, researchers have been using AI on eye scans to diagnose congenital cataracts as accurately as human doctors; an estimated 200,000 children are bilaterally blind from cataracts annually. Besides retina scans, radiology departments at top Chinese hospitals routinely handle tens of thousands of scanned images per day. AI deep learning is already used to relieve workload by automatically analysing and highlighting abnormalities. Big tech players, such as Alibaba and Tencent, are investing heavily in this area. Alibaba uses AI to help interpret CT scans, while Tencent’s Miying uses AI to help detect early signs of cancer.

In a competition designed by the Stanford Machine Learning group to compare AI to human experts in interpreting chest X-rays, a Chinese startup, JF Healthcare, became the first to beat Stanford University radiologists in July 2019. JF Healthcare provides remote diagnostic services, focusing on chest X-rays, for rural township hospitals in China where certified radiologists are often not available. It also provides mobile screening trucks to screen for tuberculosis in more than 10 provinces in China. By the end of 2019, it expects to have offered half a million people the possibility of early detection while preventing the spread of disease to broader populations. 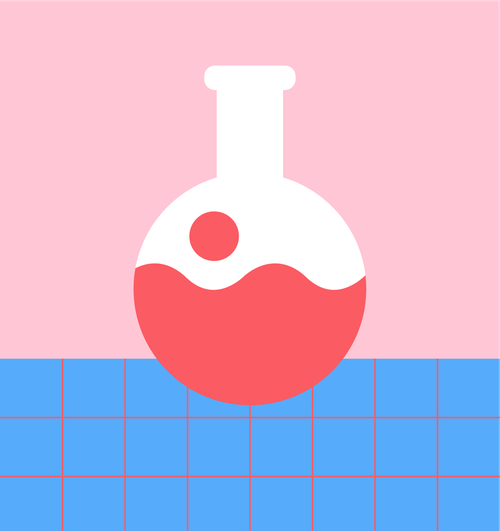 AI is also changing how drugs are discovered, making research for new pharmaceuticals quicker, cheaper and more effective. Traditional drug development may take over a decade to complete, costing hundreds of millions to billions of USD. AI greatly reduces the time and money needed by using machine learning to generate candidates automatically from existing drugs.

More affordable healthcare wearables that track activities and heart rate mean that consumers are actively taking responsibility in monitoring their own health. According to a Mintel 2017 report, 52 per cent of Chinese consumers own a smart wristband and 42 per cent own a smartwatch, making China the largest market for wearables globally. Big data and AI predictive analytics can continuously monitor and alert users if there are any abnormalities and before the outset of more major medical problems. Insurance companies, such as China’s Ping An Health, are starting to integrate wearables into their offerings, providing customers who live healthier lifestyles with discounts and rewards.

China, with its shortage of doctors, has turned to AI chatbot technology and cognitive computing to make getting medical advice more accessible. For example, China’s Ping A Good Doctor has an AI Doctor chatbot that uses AI to gather medical history and generate a diagnosis plan before passing it to a specialist consultant via telemedicine. The AI Doctor is also used in unstaffed booths, called One-Minute Clinics, helping people in rural areas to get 24/7 medical consultations from doctors in other cities. About 1,000 of these booths were to be installed across eight provinces and cities in China in 2019 to service more than three million patients. The booths also fill prescriptions and dispense up to 100 common medications. Tencent has a similar service called WeDoctor, which village doctors in rural areas use to support their work. Doctors simply input a patient’s symptoms and the AI system suggests diagnoses and treatments, based on knowledge of more than 5,000 symptoms and 2,000 diseases. WeDoctor claims an accuracy rate of 90 per cent and serves more than 90,000 patients daily.

Creating affordable medical protection is another way to reduce strain on public sector health services. One example is Ant Financial’s Xiang Hu Bao, an online mutual aid platform targeting China's poor who cannot afford traditional commercial medical insurance. More than 100 million people signed up in the first year, mostly migrant workers or people living in rural areas. It is free to sign up with no premiums or upfront payments and the monthly fee is based on actual payouts, with risks and expenses shared equally across all members. For 2019, this fee averaged a few US dollars, while covering 100 critical illnesses. The monthly contribution is low because AI automates processing without needing humans. AI also automatically processes claims and reads medical records. Fraud is prevented by AI verifying authenticity of hospital documents through image recognition of official seals from more than 10,000 hospitals in China. Blockchain technology further ensures trust in data stored in the system.