To facilitate innovation, leaders and managers are now looking to spread the benefits of ‘agile’ project management methods from teams to entire organisations and to new sectors.

In 2001 'The Manifesto for Agile Software Development' was published. This defined a set of project management methods that are now common in the tech sector, and are now known simply as ‘agile’. Agile has two major goals: to speed up programming teams, and to reliably produce high quality work through continuous improvement.[1] Management experts Darell Rigby, Jeff Sutherland and Hirotaka Takeuchi argue that over the last 20 years or so, 'agile innovation methods have revolutionised information technology' and that they offer 'a radical alternative to command-and-control-style management'.

Agile can help organisations in many ways, including innovation. In their book 'Agile Innovation', authors Langdon Morris, Moses Ma and Po Chi Wu explain that, 'agile offers insights across the full scope of innovation management themes' ranging from generating ideas to facilitating the process of innovation.[2] The technique is particularly well suited to complex problems with changing requirements, where solutions are unclear and where collaboration with end users is practical.

Agile has become almost synonymous with individual, small, multidisciplinary, self-organised teams. Yet, increasingly, forward-thinking leaders are starting to ask: 'What if a company were to launch dozens, hundreds, or even thousands of agile teams throughout the organisation?'

As a consequence, agile is being scaled from teams to entire organisations: one survey found that the number of respondents reporting that ‘all or almost all of their teams are agile’ rose from eight per cent in 2016 to 25 per cent in 2017. Agile has also been introduced into brand new sectors, and farm equipment manufacturer John Deere has started using agile approaches to enhance innovation.

What if a company were to launch dozens, hundreds, or even thousands of agile teams throughout the organisation?

How is scaling agile being used as an innovation method?

Historically, agile has been used more frequently in software development than in routine operations. Yet dynamic business environments have increased the need for process innovation, particularly given the spread of digital technologies: 'Companies that create an environment in which agile flourishes find that teams can churn out innovations faster,' argued Rigby, Sutherland and Takeuchi.

Agile has now moved from IT to other functions such as manufacturing, HR and marketing. For example, automotive company Tesla has applied agile in a manner that allows teams responsible for different components of its cars to innovate themselves, and make changes to parts provided these can be integrated with other related components. CEO Elon Musk claims that the company makes about 20 engineering changes a week to the production of its model S car as a result.

The use of agile is also expanding beyond organisations usually associated with software. Farm equipment manufacturer John Deere is one example. The company adopted the methodology within the group that develops autonomous tractors and intelligent farm machinery. Insiders admit that the technique had to be adapted: 'All the terminology and examples came from software, and to one of the managers, who had no software background, they sounded like gibberish'.

To tackle this problem, they found an agile coach who knew how to work with people from outside software, set up discussion groups, and published articles for staff. Consequently, the techniques spread quickly to all parts of John Deere. As a result, the company reports having compressed some innovation project cycle times by up to 75 per cent.

Agile has now moved from IT to other functions such as manufacturing, HR and marketing.

One technique to scale agile within organisations is the Scaled Agile Framework (SAFe) which works in two main ways. The first is the introduction of a new management mindset that combines agile with lean, a business method modelled on Toyota’s production system. A pillar of this mindset is innovation, where leaders are expected to, 'provide time and space for people to be creative, enabling purposeful innovation, which can rarely occur in the presence of 100 per cent utilization and daily firefighting'.

The second is the integration of innovation and planning iterations into key activities, such as through Programme Increment Events, where teams of teams come together to align mission and vision.

SAFe has been criticised for being too prescriptive by not allowing teams as much flexibility in process decisions, and also for retaining too much of the upfront planning and top-down processes associated with older business models. As such, some question its agile credentials. However, even if SAFe may be an 'imperfect' implementation of the agile idea, both critics and supporters agree that the framework yields widespread benefits and is a good starting point for large organisations to implement and enjoy some of the benefits of agile.

Increasing numbers of large-scale firms are thinking about how they can leverage the innovation benefits of SAFe at scale. According to SAFe, over 70 per cent of US Fortune 100 enterprises now have Certified SAFe professionals 'continuously delivering value on a regular and predictable schedule'. Self-reported benefits of adopting SAFe include: a 30-70 per cent faster time to market, a 25-75 per cent increase in productivity, and 20-50 per cent improvements in quality.

A pillar of [the SAFe] mindset is innovation, where leaders are expected to, 'provide time and space for people to be creative, enabling purposeful innovation'

It looks like agile is only going to expand into more industries outside of technology, and from the level of teams to the level of entire organisations. High-performing companies as diverse as Amazon, Spotify, Bosch, Google, Netflix, Saab, SAP, Salesforce, Riot Games, Tesla, and SpaceX are now considered 'advanced agile enterprises'.

In its most recent version, SAFe turned its attention to government agencies as potential agile organisations and SAFe has already been rolled out in certain NHS departments with considerable success.

At the same time, innovator leaders like former USAID Chief Innovation Officer Ann Mei Chang have talked about the importance of taking an iterative approach to social innovation in a manner similar to agile. Agile is therefore not only scaling but moving beyond private sector tech companies.

By literally thinking differently, neurodivergent employees are bringing novel perspectives to organisations that could result in original solutions to problems. 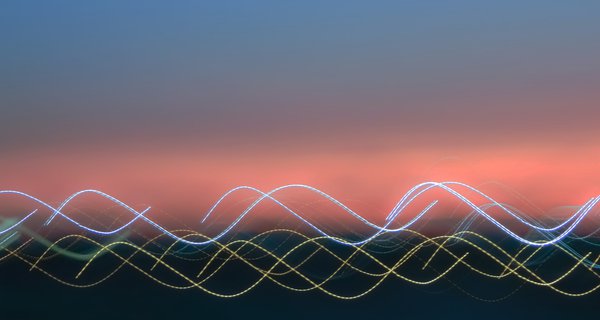 Thanks to advances in brain research a new interdisciplinary field, neuroleadership, is helping leaders understand their own brains and those of their colleagues in a manner that could unlock innovation.