Advances in AI are giving machines the ability to create novel designs, rather than simply optimise existing solutions. The process of ‘digital generative design’ involves innovators providing machines with goals and real-world constraints. From this, solutions are generated through a process that imitates biological evolution.

After years of searching for life on Mars, NASA has set its sights further afield: the moons of Jupiter and Saturn. But the solar system’s two largest planets are around 11 and 22 times further from Earth, presenting a host of intimidating engineering challenges. To help solve them, NASA has begun exploring a novel innovation method: generative design. This technique has been likened to saying to an AI: 'Here’s what I want, show me the best’.

NASA is particularly interested in redesigning various parts to make them lighter, since in space exploration, mass is critical. NASA teamed up with the software company Autodesk, and asked them to make ambitious improvements. Autodesk used generative design to reduce the mass of the external structure of a concept lander by 35 per cent compared to baseline. On 13 November 2018, they unveiled their creation at Autodesk University in Las Vegas.

How are creative machines being used as an innovation method?

Generative design can do much more than make equipment lighter, however: it can create products that are higher performance and stronger than conventional designs, or that can be made more quickly and efficiently. These techniques have applications way beyond aerospace.

For example, design studio MHOX is working with CRP Technology, a 3D printing specialist, to produce wearable medical devices to correct movement or posture. American car manufacturer General Motors has collaborated with Autodesk to create a seatbelt bracket that is 20 per cent stronger and 40 per cent lighter than the previous version. Even Nike has used the technology to improve the performance of sports shoes.

The alien appearance of many products created through generative design such as NASA’s concept lander is a testament to this technique’s ability to produce unique solutions.

One key characteristic that makes generative design so interesting is that it is – at least in some senses – ‘creative’. Asking the software for an outcome – but only directing which parameters it must satisfy, rather than dictating how it achieves this – means that solutions emerge which are unconstrained by whatever was done in the past. The alien appearance of many products created through generative design such as NASA’s concept lander is a testament to this technique’s ability to produce unique solutions.

The creativity of generative design has seen the method applied beyond manufacturing to sectors that are traditionally more associated with artistic skills, such as architecture. Christian Bason, Chief Executive of the Dansk Design Center says: 'Already we have architect studios here in Copenhagen that are simply using an algorithm to assist the designers to create buildings and infrastructure.' Researcher Joel Simon devised a type of generative design algorithm to create experimental floor plans that reduced the length of corridors and walking time to improve efficiency.

And it doesn’t stop there. Hooman Shayani, Senior Principal AI Scientist at Autodesk says: 'You can go one level higher and talk about things like aesthetics, things like beauty'. The AI underpinning the generative design tool can be provided with examples of beautiful objects and so learn to distinguish between those that are more or less pleasing – to some people, at least. While Autodesk hasn’t brought anything to market yet that tackles these higher level matters, they are currently researching different abstract goals and constraints for their generative design tools.

The creativity of generative design has seen the method applied beyond manufacturing to sectors that are traditionally more associated with artistic skills, such as architecture.

What makes generative design stand out from other computer-aided tools is that the designer focuses entirely on the problem that needs to be solved. Software techniques such as procedural design, which have been used by world famous architect Zaha Hadid, operate differently by focusing on a fairly narrow set of parameters, and so tend to offer incremental improvements to existing ideas – conversely, generative design can conceive real surprises.

Procedural methods also require deeper technical expertise, making them less accessible. Other techniques like topological optimisation, a mathematical technique to optimise design within given constraints and which some think of as generative design, focus on the problem but only offer one potential solution, in contrast to Autodesk’s approach that provides many.

Advances in a range of technologies have aided the development of generative design. At the heart of the method lies AI, cloud computing, and sheer computational power. But 3D printing has played a key role, too, as it allows some of the most unusual ideas to be manufactured in the real world.

Media production company Bandito Brothers combined generative design with the Internet of Things to equip a racing car with sensors that collected data. The results were used to construct a bespoke chassis that maximised performance in different road and weather conditions. It has been proposed that future products created by generative design will be digitally connected in a manner that further improves this technology.

If you are a sculptor, then you have to know your material, you have to explore it. And using these digital tools is quite similar – there is a whole new landscape for designers to explore.

For all its potential, generative design is not without limitations. Astro Teller, who leads Google’s moonshot factory 'X', says the method is 'like working with an all-powerful, really painfully stupid genie'. In a recent research paper, a group of computer scientists presented stories of inadvertent consequences of machine creativity, such as successfully landing an aircraft in simulation through taking advantage of bugs in the programme rather than identifying a practically useful solution. Another limitation is that the feelings evoked in people by certain buildings and objects cannot always easily be reproduced by software.

As with other forms of AI, some have expressed concerns about whether generative design will make other designers redundant. But Jeff Kowalski, CEO of Autodesk, believes the opposite: 'These technologies are not a threat, they’re more like superpowers'.

Despite the growing creativity of machines, human designers still have a vital role to play in curating the parameters within which the AI works and selecting which ideas to take forward. Philippe Starck, who designed the world’s first production chair using generative design, described the process of working with the technology as 'a lot like having a conversation'.

Looking to the future, the possibilities of generative design are summarised by Italian designer Alessandro Zomparelli: 'If you are a sculptor, then you have to know your material, you have to explore it. And using these digital tools is quite similar – there is a whole new landscape for designers to explore’.

AI is starting to transform the economy and society, with machines now able to accomplish feats such as diagnosing certain diseases and driving cars. But could AI change the world most by reinventing the way we invent? 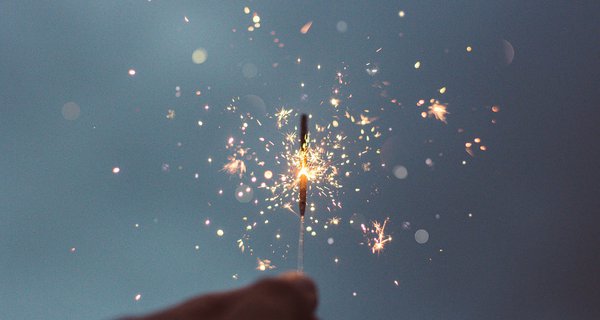 In an evolution of open innovation, the innovation process and large-scale innovation challenges are starting to be broken down into smaller parts.