A women is reportedly raped every 15 minutes in India, according to government figures. This is likely to be a serious underestimate of the scale of the problem, with the majority of rape and sexual harassment cases thought to be unreported. The disturbing gang rape and brutal murder of Jyoti Singh on a public bus in Delhi in 2012, followed by a string of rape cases, prompted widespread public protest and media attention worldwide. It was during this time that Elsa D’Silva founded Safecity as a way to tackle the pervasive nature of sexual violence in public spaces.

“10 days after this incident took place - that’s when I thought, based on the conversations around me and my own reflections, I felt it was important to focus on this issue. Focus on the issue in the sense of the eradication of sexual violence and creating safe public spaces".

"I found a lot of women and girls are restricted in their movements and thereby their opportunities… they can’t do a lot of things under the guise of safety.”

Inspired by Harass Map in Egypt, Elsa decided to create a similar platform that crowdsources personal stories of sexual harassment and abuse in public spaces. The platform started as a way to break the silence around sexual violence, by providing a safe way for women and girls to share their stories and reveal the true extent of the problem. Stories of sexual violence put on the map converge into hotspots, indicating trends that can be useful for local authorities, communities, and individuals to identify factors that lead to more violence in certain areas, and work on finding strategies for local solutions.

“Putting a story out there is very important, it is the first step for the individual when seeking help. Second, by sharing your story you’re encouraging other women to break the silence. Third, you’re documenting your experience which means it is data. Data in the public domain puts accountability on institutions.”

The biggest initial challenge for the team was encouraging women and girls to put their stories on a map. Through a series of engagements and workshops, Elsa and her team found that there was a lack of understanding of what constitutes sexual violence and abuse, and many weren’t aware that verbal and non-verbal behaviours constituted violence.

First steps therefore included organising workshops in schools, communities and college campuses to help people understand the spectrum of issues relating to abuse, consent and boundaries, as well as relevant Indian legislation on their rights. Although Safecity is very much technology based, a great deal of the organisation’s work happens offline. While their data is crowdsourced, 95 per cent of it comes from from face-to-face interactions. 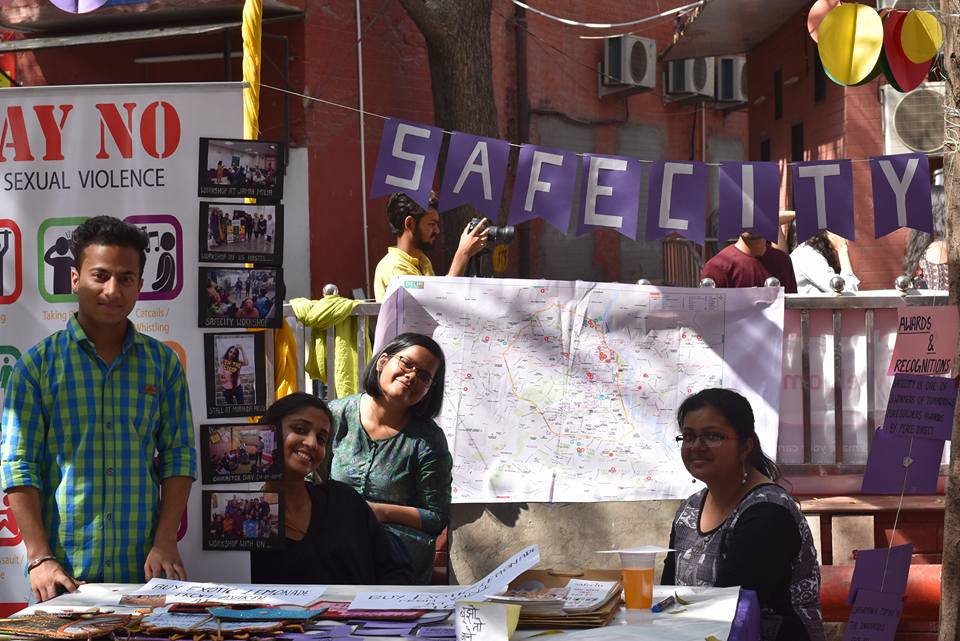 After starting to build a collection of stories, the real challenge for the team was working out how to use that data effectively, who to engage, and developing a vision of the change they wanted to create. For Safecity, mapping sexual violence visually is more than just sharing stories to the world. As D’Silva says:

“What we are trying to do in a very structured manner is display these stories on a map so you can understand location based trends, but you can also mine this data, through trends - either location based, category based or time and date based - and you can plan specific local interventions around that.”

For instance, Safecity has recently been mapping sexual violence in the Kibera region in Nairobi, Kenya. Google Maps doesn’t work in Kibera, so Safecity was able to cluster data from the uploaded stories - like ‘next to the red mosque’, or ‘that pink building’. What emerged were specific trends that made sense locally. When observing that one of the hotspots was outside the local mosque, the partner organisation discovered that was where young men would hang out and target young girls on their way to school. So the partner organisation worked with the imam of the mosque to intervene, which has had great effect since.

In India, Safecity is working with the police, local governments and local corporations in intervention strategies. But they have also been coming up with innovative, grassroots ways to empower women and girls to reclaim public spaces. One way has been using art in the public to express the emotions of young women. Safe City partnered with an artist collective, to address the problem of men staring at women. Not being able to confront the men directly, the women painted their feelings on the walls, painting large staring eyes with messages like “look with your heart not with your eyes, as we won’t be intimidated by your gaze.”

“We’ve done this outside a girl’s college in Mumbai, where they also drew out large sections of the law which make it a crime, and you wouldn’t believe how many men passed by, stopped to see what they are doing and asked and thanked them for doing it - saying they didn’t even know about these laws. Just as women and girls are ignorant about the legislation, so are men and boys.” 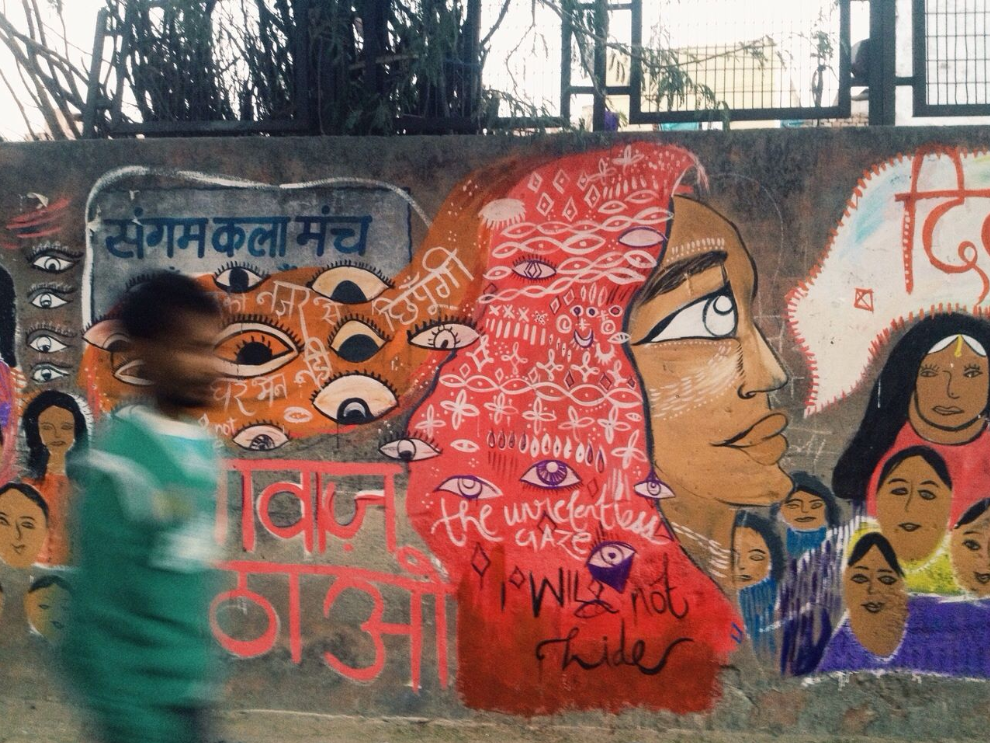 Collaboration and experimentation as keys to success

Elsa explains how their business model has allowed them to work with anyone, irrespective of whether there is a grant or not, and believes that collaboration has been key to their success so far. Safecity works with corporates on building their capacity to deal with gender-based violence in their own organisations, helping them within their investigation committees, and working on them with their CSR grants.

“So that makes us very agile, very independent, we are not constrained by these extensive, written complaints that other traditional donors have, which I think is a time waster, and therefore we are able to experiment and we are experimenting all the time. When something works we incorporate it, but we haven’t diverted from our mission, in fact we have only understood where we add value. Over the 5 years, we have understood where we add value, what our strengths are and what we bring to the table. I think that has validated our work.” 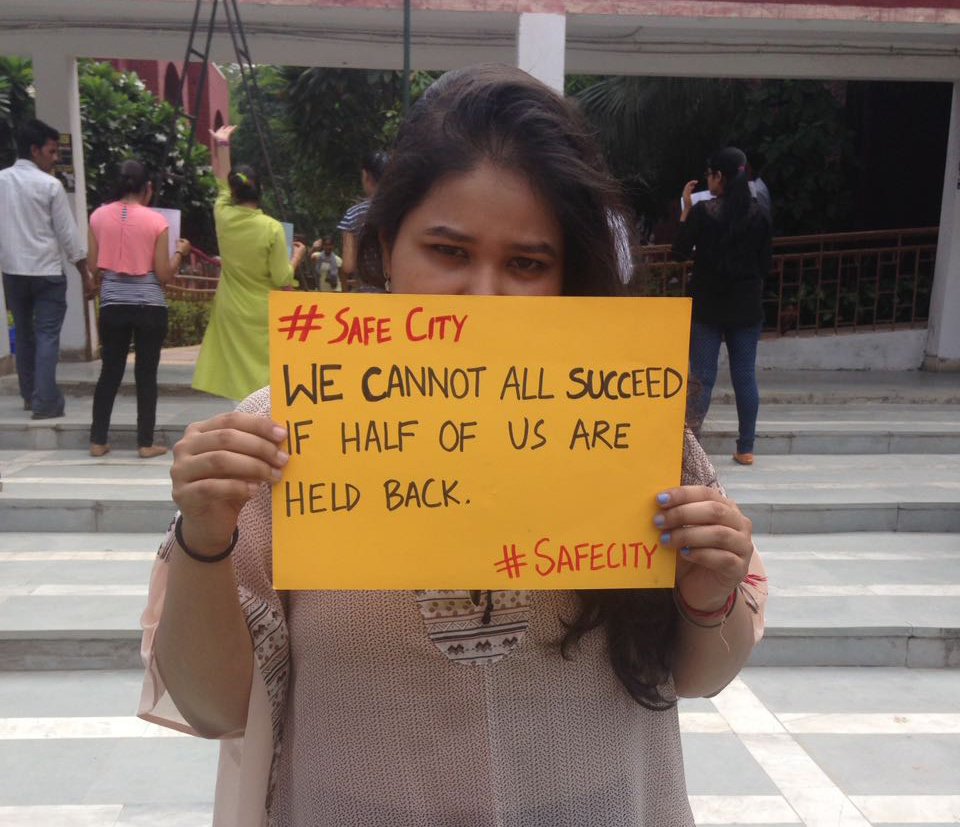