Nimble is the world’s first one finger package opener. The small, portable tool sits on your finger tip and can be used to open all sorts of packaging. 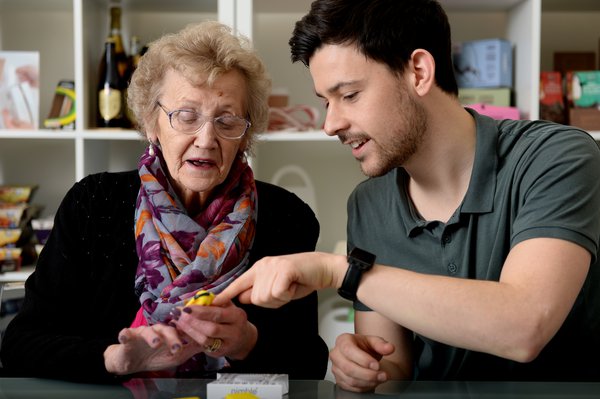 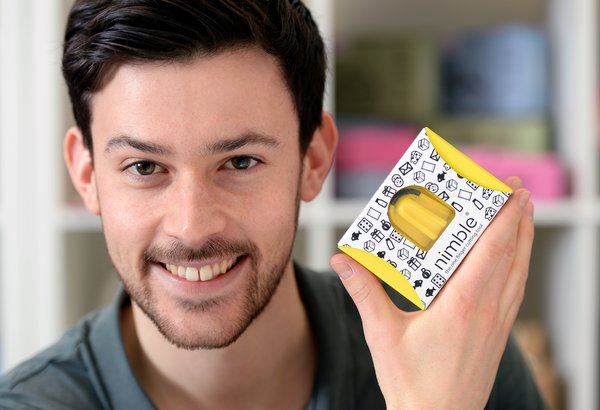 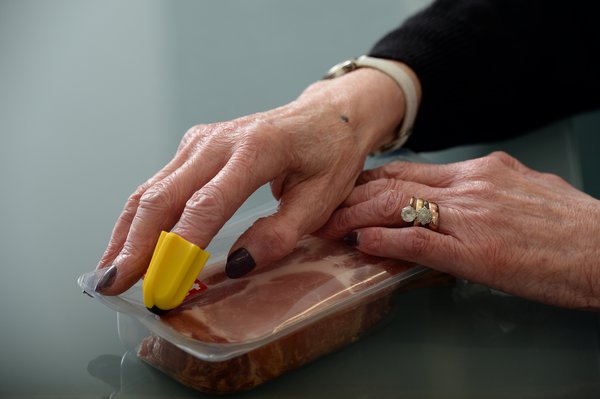 Nimble is the world’s first one finger package opener. The small, portable tool sits on your finger tip and can be used to open all sorts of packaging.

Nimble is made up of a bright yellow sleeve, giving it high visibility for users with visual impairments, and a small safe ceramic blade which can cut through different types of paper and plastic packaging but cannot cut skin.

Since it doesn’t require a grip and has a safe blade profile, Nimble is particularly useful for people with hand or visual impairments who struggle with the gripping and peeling action most packaging requires.

The idea for Nimble was sparked by Bath University's inclusive design competition, ‘If Only’, where entrants were shown videos of dozens of carers and older people describing day to day problems they encountered. “The problem that cropped up the most was trying to open packaging in the kitchen,” says Simon. He decided to tackle this problem with an early design that would later become Nimble.

“The design still follows the same principles now as it did then,” explains Simon. It has just been refined through user testing. Early handmade designs were tested out at trade show NAIDEX, and Simon subsequently changed the dimensions of the sleeve to make sure it fit as many people as possible and the design of the blade to make sure it stayed in the right location.

The biggest challenge for Nimble now is meeting the rising demand. In December, Simon had a trial with British Home Stores which required getting a thousand Nimbles packaged and ready in just a few weeks. For reasons like this, some of their initial funding from the Inclusive Technology Prize has been dedicated towards scaling production.

Simon current goal is to get Nimble into the hands of tens of thousands of people over the next year, so that they can benefit from it on a daily basis. But further on the horizon is the possibility of selling into several different markets other than disability equipment – with a Nimble for everything from warehousing to crafts.