Sir Michael Marmot talks to Nesta about how inequalities laid us open to COVID-19, why we ask the wrong questions about public health, and why 'normal ain’t good enough.'

In February, amid growing anxiety about a global pandemic, Michael Marmot published 10 Years On, a follow-up to the Marmot Report of 2010 (‘Fair Society Healthy Lives’) which had laid bare the links between socio-economic status, health and longevity and called for urgent reforms. His follow-up report was damning in its description of widening disparities and a national approach to public health that is deeply flawed and precariously weakened by a refusal to address inequalities.

Even as the report was being debated in Parliament, COVID-19 began making its way into the country, spreading along the socio-economic fault-lines that Marmot had highlighted, and establishing itself among deprived and vulnerable communities to devastating effect.

“My speculation was that in the early phases of the epidemic, before we quite realised it was a pandemic, high status people were getting infected” says Marmot. “In Brazil they talked about it moving from the jet set to the favelas. The jet-setters had gone skiing in Europe and would come back infected. But then it wasn't long before it moved into the favelas. I think that's what we've seen here.”

“When ONS published the social gradient of deaths, I was asked if I was surprised at what it showed, and I said not in the least. That's exactly what we expected. The gradient by index of multiple deprivation for COVID-19 mortality almost exactly parallels the gradient for all-cause mortality.”

“Yes. There's something about the social conditions in society that render you more likely to get illness and to die earlier the lower you are in the social hierarchy. If it's a pandemic, then you succumb to the pandemic, and if it's a non-communicable disease - a medical condition or disease that is non-infectious and non-transmissible, like cancer or heart disease - you succumb to that too.”

Marmot argues that COVID-19 “both exposes and amplifies the underlying inequalities.” Lockdowns and distancing that constrain people in social groups, often in poor housing, multiply the impact. Meanwhile, many of the poorest have to continue going out to work, which increases infection.

“In the US lower social economic position is heavily tied up with race ethnicity,” says Marmot. “So Black people go and work in the meat processing plant while White middle-income or upper-middle income people can work from home and get meat delivered to their tables. This has been devastating for Black and Hispanic communities. I don’t think it’s as explicit as that here, but middle-income people and higher up white-collar workers can work from home, and poor people at the front line have to go out to work.”

'The social conditions in society render you more likely to get illness and to die earlier the lower you are in the social hierarchy. '

Since talking to us in May, Marmot’s arguments have been given extra force by a report from Public Health England on COVID-19 deaths. This showed the diagnosis and mortality risk of the virus is substantially greater among BAME communities - and that the mortality rate in the most deprived areas has been twice that in the least deprived.

Then, in early June, Black Lives Matter protests went global after George Floyd was killed by police in Minneapolis. Huge crowds gave vent to decades of frustration at the inequalities that have punished Black and other minority communities and have intensified during the pandemic.

We ask Marmot why he thinks nothing was done to address those inequalities that are now such forceful vectors for COVID-19 at such a terrible human and economic cost? Figures from the Office for National Statistics show that up to June 16th there had been as many as 53,000 deaths in the UK for which COVID-19 was mentioned on the death certificate, and as many as 64,500 excess deaths during the pandemic. The OECD estimates that the UK economy will contract by 11.5% in 2020, with the risk of creating further inequalities.

Marmot is sanguine but pointed. “Well, one of the things I documented in my 10-years-on report, and one of the reasons I did it, was that austerity was what the government stood for. That's what successive governments from 2010 stood for, austerity. Then everything got subsumed under Brexit. I didn't think they were against improving the health of the population, they just had other priorities.

'COVID-19 both exposes and amplifies the underlying inequalities.'

While national governments were otherwise engaged, Marmot has found willing partners at the city level. There are now a significant number of ‘Marmot’ cities, where public health is addressed through wide-ranging civic alliances, reflecting a growing frustration with the current centralised approach. At this level, he has seen serious efforts to implement his original report's recommendations for changes across childhood, education, employment, income, communities and preventative health.

“In Coventry the lead came from the city government,” says Marmot, “they got the police and the firefighters and social services and the health services and education involved.” There’s the same degree of engagement in Greater Manchester, which is mentioned in Marmot’s 10-year-on report for its work improving early child development among children eligible for free school meals. Marmot stresses the importance of “leadership from the centre” along with “an absolute commitment to fairness and social justice” and “action across all the sectors”. But he is clear that there are limits to what communities – and individuals – can achieve without structural change.

“The narrative around, well, it's your fault if you get sick and it's your responsibility to stay healthy, is incomplete,” he says. “You need to create the conditions to make healthy choices possible. Give people a good education and enough money, and if they choose to do something risky or dangerous, that's up to them. But if people in the bottom 10 per cent of household income were to follow Public Health England's healthy eating advice, they would spend 74 per cent of their income on food. Should we blame those people for not eating healthily? We’re asking the wrong questions. Instead of asking how we can persuade people to make healthy choices, we should be asking how we can improve people’s income so they can afford to eat, and how can we make it less prohibitive economically to eat healthily”.

He feels it’s the same dilemma for communities. “If you look by quintiles of deprivation, for the most deprived 20 per cent of local authorities the per capita spend went down by 32 per cent over the last 10 years; in the least deprived 20 per cent it went down by 16 per cent. City councils can't meet statutory responsibilities let alone have parks and recreations and fund the third sector. It’s all very well to say we believe in organisation at community level but what if the funding is not there? You've got to create the conditions, just as you've got to create the conditions for individuals and families to be able to do things that are good for their health.”

'We’re asking the wrong questions. Instead of asking how we can persuade people to make healthy choices, we should be asking how we can improve people’s income so they can afford to eat - and how can we make it less prohibitive economically to eat healthily.'

Marmot believes we need a new impetus and a fresh approach to get things done. We ask him if he thinks there’s a role for an independent research and innovation body, such as the one Nesta has been advocating for, that would bring together expertise and trial approaches to public health at a local level?

“Very much so. What can we do? That's the big question. My own view is that we got the evidence right in 2010. But the next step, for a body like the one Nesta is talking about, is getting better evidence for what works.

“I've spent my life as a researcher publishing papers. We do careful controlled experiments or observational studies. But we're talking about messier evidence here, not neat experiments. It's more complicated, and one has to be careful that the cost of doing the research doesn't outweigh the cost of change. We need research evidence that is compelling, but probably doesn't meet conventional standards of randomised controlled trials or the like. That, I think, is an important role that Nesta’s proposed body could fulfil”.

As a part of that should we be working harder to understand what people’s needs are, and listen more? Could that be reflected in the approach of a new body?

“Yes. I've written about the experience of talking to community groups in Merseyside. They said, ‘we don't want an outside expert telling us what to do.’ I said, hang on, you don’t want the evidence of what works, you just want the project to be yours? And their response, as I heard it, was ‘give us the evidence of what works but let us figure out how to do it our way.’ That seems to be a pretty good model.”

COVID-19 has raised consciousness about the impact of inequalities and of Marmot’s work. He acknowledges that his reports haven’t previously reached the very people whose lives and struggles they describe - and who could use that evidence to challenge policymakers.

“I don't know if we've got the narrative right to communicate to the general population,” he reflects. “We got the evidence right, but we haven't done a good job with telling the story. It’s something I've been worried about for a long time.”

That wider awareness will be important to sustain momentum. Marmot believes this is a unique moment to recast our approach to public health and worries that people will settle for a return to a “normal” in which social conditions continue to be seen as a footnote to “real” concerns about health care and unhealthy behaviours.

“We shouldn’t be thinking about returning to normal,” he says. “My 10-year-on report said normal ain't great. Normal means life expectancy for the poorest women outside London is getting worse. Normal means your years spent in ill health is increasing. That's not a “normal” that we should aspire to. We want to make things better.” 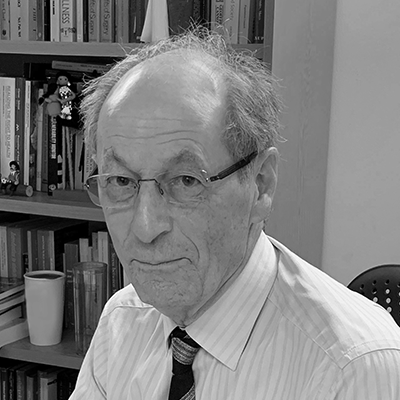 Sir Michael Marmot is the Director of the Institute of Health Equity Epidemiology at University College London and has been Professor of Epidemiology there since 1985. He is the author of The Health Gap: the challenge of an unequal world (Bloomsbury: 2015), and Status Syndrome: how your place on the social gradient directly affects your health (Bloomsbury: 2004). Professor Marmot is the Advisor to the WHO Director-General, on social determinants of health, in the new WHO Division of Healthier Populations. At the request of the British Government, he conducted the Strategic Review of Health Inequalities in England post 2010, which published its report 'Fair Society, Healthy Lives' in February 2010. This was followed by the European Review of Social Determinants of Health and the Health Divide, for WHO EURO in 2014, and in 2020 Health Equity in England: Marmot Review 10 Years On.

Last year, we began advocating for the creation of an innovation and research centre that would work across government and civic society to generate new ideas.
Blog
02 July 2020 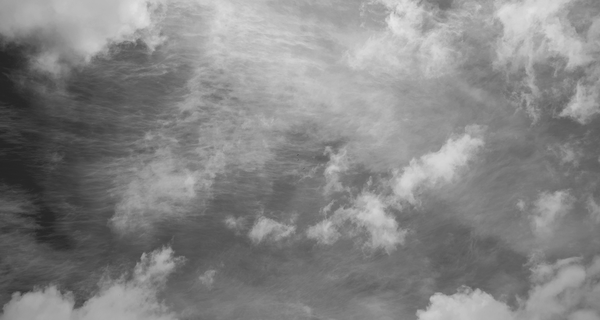 Time to get serious about addressing the social, behavioural and environmental influences on health
Report
10 July 2019