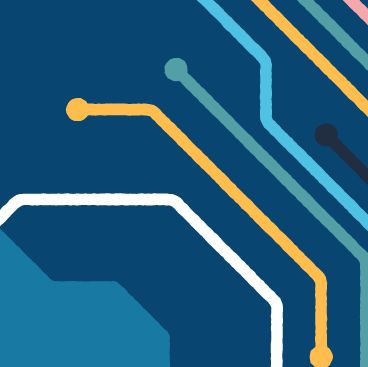 Whether asking your smartphone for directions, or listening to a playlist of recommended songs, most of us interact with artificial intelligence (AI) on a near-daily basis, even if we don’t know it. AI is already powering aspects of our lives and it is set to do so more and more, but how much do we really understand about what it is and how it works?

AI is a rapidly growing field of computing which uses computer processing power to solve problems that would otherwise require human understanding and reasoning to complete. “Intelligence” in this case does not mean independent thought, emotion, sentience or self-awareness - that is still exclusively the realm of science fiction. Instead, intelligence here refers to the capability of the computing systems to gather and analyse information and make decisions about that information to solve problems. Artificial intelligence systems can also learn from their errors and successes to improve their decision making and analysis each time. Computer systems that use artificial intelligence are capable of absorbing and analysing information at much greater speeds and volumes than humans which means AI has huge potential to help people do things better and faster. Artificial Intelligence is already being defined as a General Purpose Technology, alongside advances like the steam engine, railroads and electricity, meaning it has potential to drastically alter society.

Explore the common types of AI and their uses 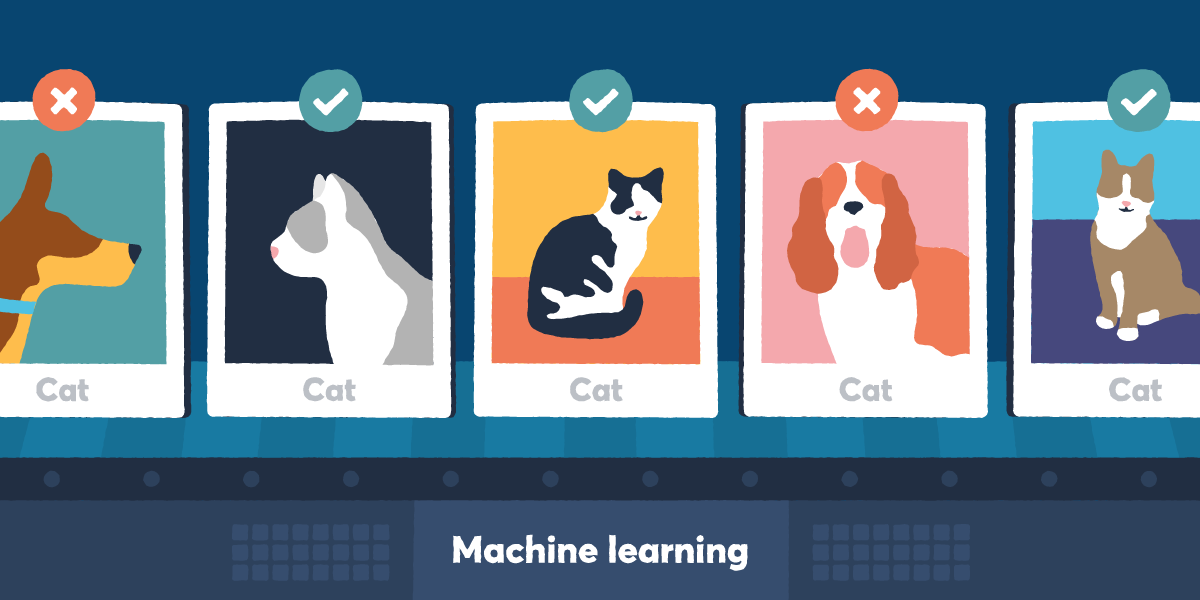 Most artificial intelligence systems we interact with use machine learning. Machine learning can be used by artificial intelligence systems to improve the way they work by extracting patterns from very large volumes of data and monitoring the success of its own past actions and the accuracy of information it has. For example, AI recommendation systems will learn when a recommendation is unsuccessful and can adjust both future recommendations for an individual and the weight it gives to certain information. Computer vision systems can learn from successes and mistakes to build stronger databases of information which they can then use to better identify the content of images or videos, learning, for instance, the different characteristics of pictures of cats by analysing all images tagged with “cat”. This kind of machine learning is known as supervised machine learning as the initial data the system is fed is already labelled and the AI uses the data to train itself to identify similar things and make predictions. Unsupervised machine learning is where the information fed into the system is not labelled and the AI is tasked with identifying patterns in characteristics and categorising the data itself.

AI for Good grantee Red Star AI uses a form of unsupervised machine learning to categorise information in the medical notes of diabetes patients and look for patterns to help predict complications and improve treatment. 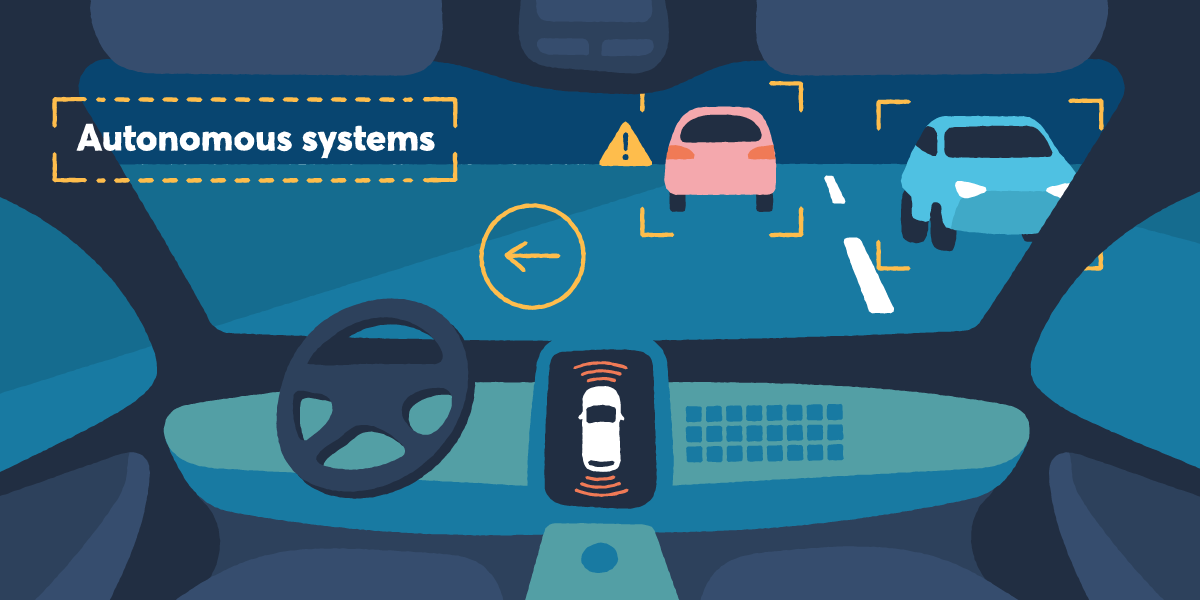 AI for Good project from the University of Edinburgh are using a kind of autonomous system AI to develop a prosthetic limb that augments the user's abilities to control their limb, reducing some of the concentration and brain power required to conduct everyday tasks, such as gripping a pen or holding a cup. 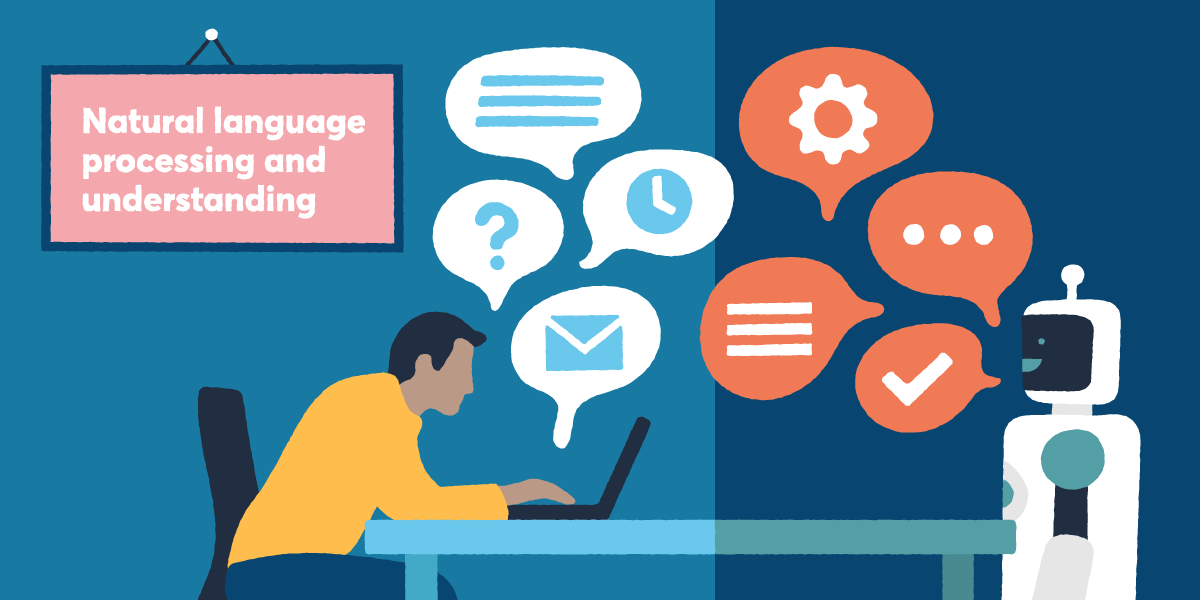 Natural language processing and understanding is when a computer system uses AI to absorb, understand and translate transcriptions of speech or text written by people. NLP/U systems can process language to identify words and determine meaning from sentences and phrases including tone and context. Examples include online customer service chatbots which use NLP/U to understand typed questions from people and either select the most appropriate stock response or generate specific answers in a way that mimics human conservations. Google Translate also uses NLP/U to analyse huge volumes of text language and translations online and corrections submitted by people to constantly update and adapt its automatic translations. 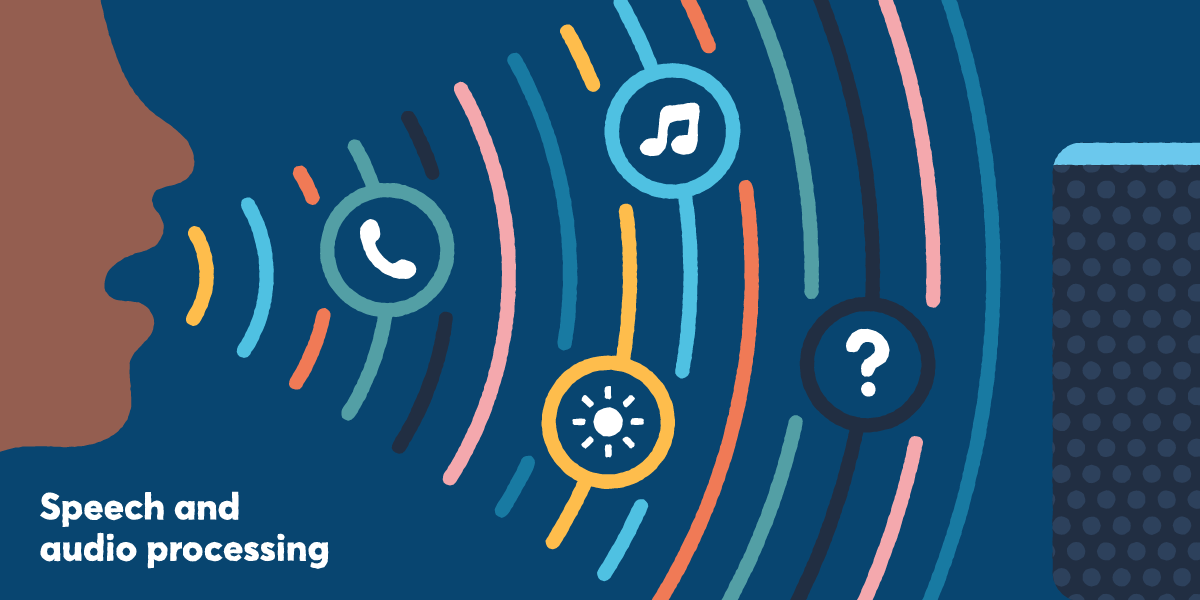 Speech and audio processing uses AI to recognise, analyse and respond to human speech or other audio signals, similar to the way Natural Language Processing can understand language through text. Examples of this kind of AI include smart assistants such as Amazon Echo, Google Home or Apple’s Siri which respond with computer generated speech to voice commands and questions from people.

AI for Good grantees at City of Glasgow College are using speech and audio processing to develop a voice activated learning platform for people with low literacy. 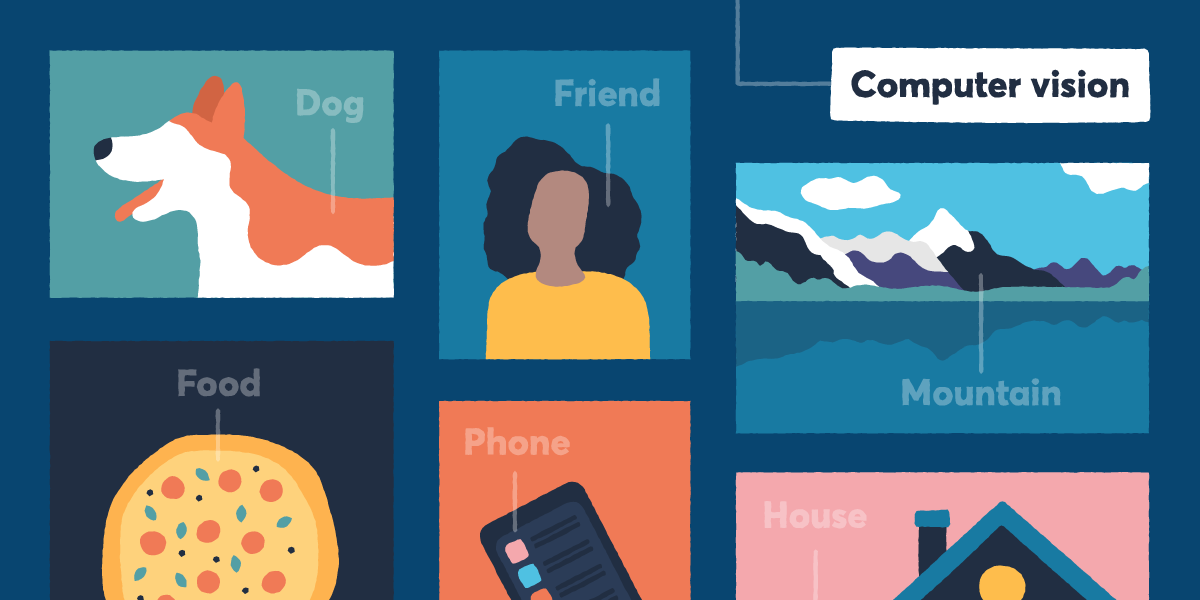 Computer vision when AI is used to understand and recognise images and videos and analyse the elements of the content within them. For example, Google Photos uses computer vision to categorise your photo files by their subject matter, grouping pictures of pets, people, landscapes and food together. Facebook also uses a form of computer vision to recognise faces in photographs and prompt you to tag someone. Computer vision can also be used for more complex analysis of images such as using satellite imagery to map biodiversity by recognising characteristics of the landscape.

Recommender or recommendation systems are used by computer programmes to suggest content for people by predicting things they will like based on previous preferences or ratings. Examples include playlist suggestions on platforms such as YouTube, Spotify or Netflix and shopping suggestions on online marketplaces such as Amazon. Recommender systems use different methods to make suggestions, drawing on the characteristics of the content, such a style of music or genre of film, as well as analysing what other people with similar tastes and online behaviours have liked or bought. Recommender systems are designed to improve the success of their recommendations over time by building a more complete picture of a person’s preferences the more they use a platform and learning from which recommendations have been successful or not.

Combining artificial intelligence systems with the collective intelligence of people, artificial swarm intelligence is used to make predictions and answer questions. The system allows large and dispersed groups of people around the world to behave as a unified collective - much in the way a swarm of animals does. Each person in the “swarm” can log into an online platform at their location. The AI, trained on data about group behaviour rather than the subject being considered, moderates the interaction of the group of individuals who are tasked with deciding between a set number of options. Individuals can react based on the behaviour displayed by others to change or maintain their preference and the AI can determine the total confidence of the group in any decisions made. Swarm intelligence has been used in medical diagnoses, with groups of doctors connected together via a swarm AI platform making a diagnosis based on, for example, an x-ray image. Studies have found that diagnoses made using swarm intelligence reduced diagnostic errors compared to normal human methods, non-AI crowd sourcing and AI-only diagnoses.