iNaturalist is an online social network of amateur and professional nature lovers that allows the mapping and sharing of observations of biodiversity across the globe using a free mobile app.

Observations recorded with iNaturalist are primarily intended to help people connect with nature and others with similar interests. However, the open data about sightings of different species worldwide is also a valuable resource to support scientific research and the work of conservation agencies.

With every logged observation, users can identify a species they know or ask for help from the community to learn more information about a specimen, which helps them to build their expertise. Across all participants, 15,000–40,000 observations are recorded per day (depending on the time of year), but many of these entries are missing valuable identification data. It can take others in the community up to 18 days to fill these data gaps, and for some of the more ambiguous entries, users may never get an answer.

The iNaturalist team first developed a demo of a computer-vision-based classifier in 2017. The model had been trained using deep learning based on the existing labelled observations made by the iNaturalist community. The model was further refined using a Google-Brain-sponsored competition, which attracted 618 entries from 50 teams. The classifier was integrated into the iNaturalist platform and app later that year, with the ability to help community members classify over 10,000 species. For each recorded observation, the tool returns the top 10 suggestions for possible species based on visual similarity, with the order weighted by additional data such as geolocation. Users are then able to assign the most likely label, or they can still consult with other members of the online community to help them make their choice. 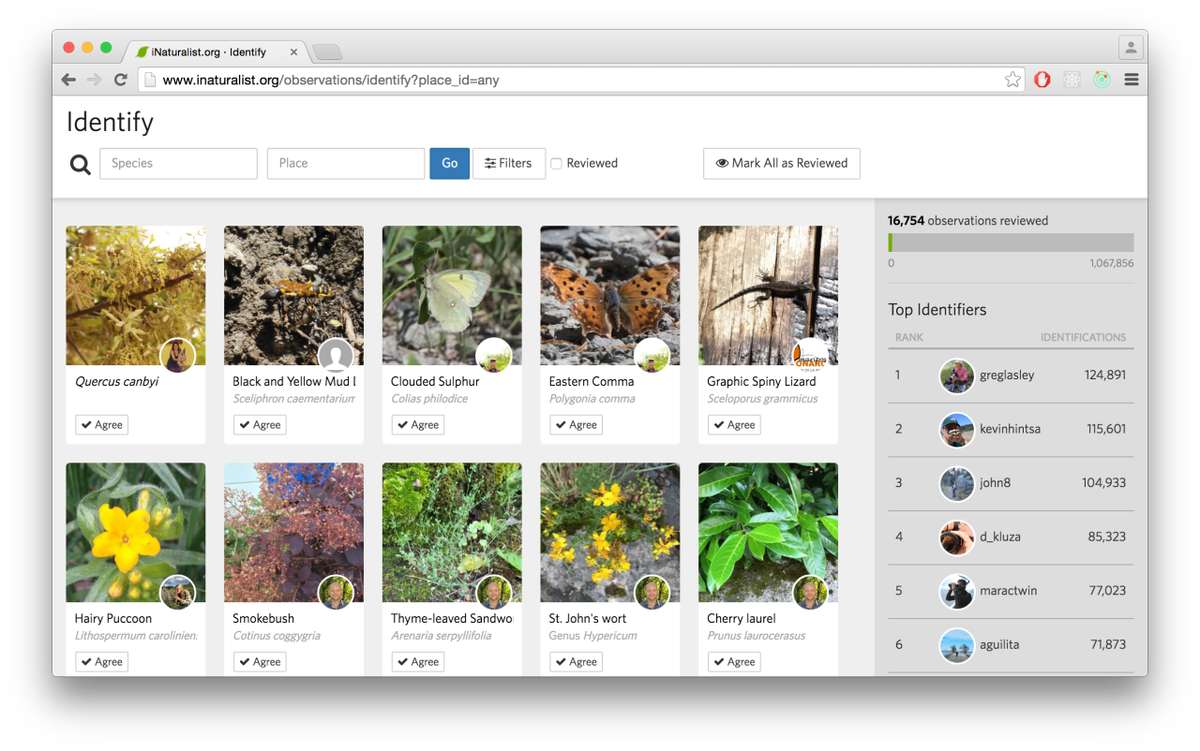 Of two million potential species, there are still many that are not covered by the model. It takes at least 20 high‑quality observations from different users to integrate a species into the classifier. The iNaturalist team has estimated that this threshold is reached approximately every two hours for a new species, as the community continues to make observations. The integration of AI and CI for species identification has both helped to enhance the learning experience for community members and to create a more detailed dataset for scientists and conservation agencies to use in their research on biodiversity.